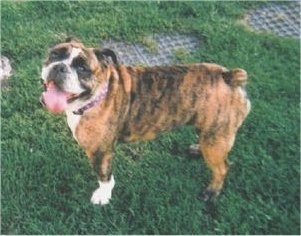 The Miniature Bulldog is not a purebred dog. It is a cross between the Bulldog and the Pug or the Olde Bulldog and the Pug. The best way to determine the temperament of a mixed breed is to look up all breeds in the cross and know you can get any combination of any of the characteristics found in any of the breeds in the hybrid. Not all of these designer hybrid dogs being bred are 50% purebred to 50% purebred. It is very common for breeders to breed multi-generation crosses. 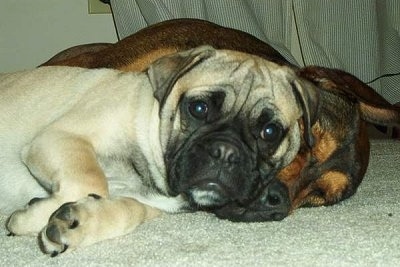 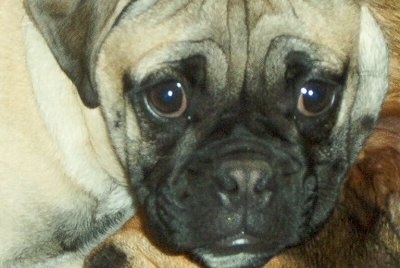 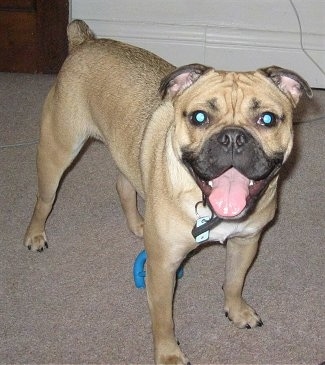 Roscoe, the Miniature Bulldog (Bulldog / Pug hybrid) at 2 years old and 43 pounds—"Roscoe is an F1b hybrid. He is ¾ English Bulldog ¼ Pug. His mother is a ½ Bulldog and ½ Pug, and Father a purebred English Bulldog. Parents of his mother are: female purebred Pug, male purebred Bulldog.

"Roscoe was chosen because he had the undershot jaw, no tail and wiggly butt. His rear-end is about 2" above the nape of his neck. He has the shuffling, rolling walk. He runs with his legs to the sides because his front is too short with his barrel chest and he can’t run with the spring run of a quick dog; he runs like a little bear. He's about 12" at the front shoulder, 14" at the top of the butt and 15.5" at the top of his head, weighing between 39 and 43 pounds. Extremely muscle bound." 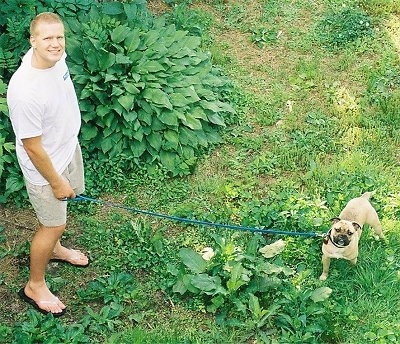 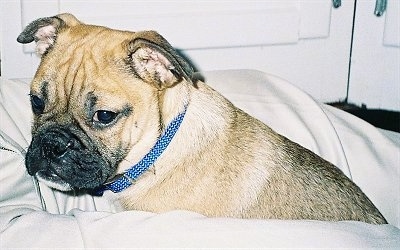