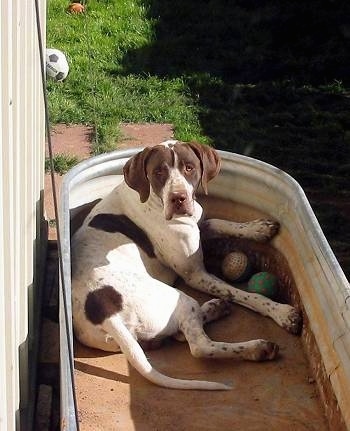 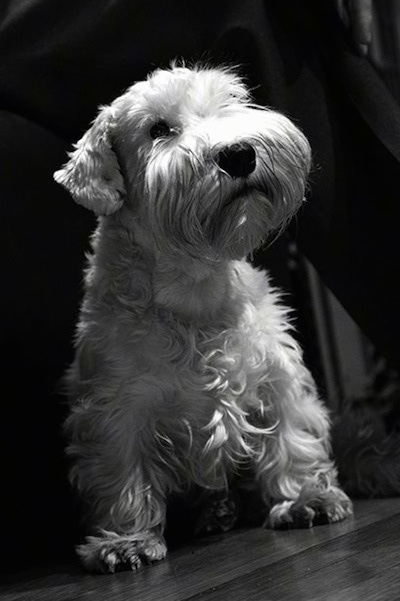 Pilot the Sealyham Terrier—"Pilot was born on June 17th 2011 at Goodspice Kennel by Margery Good and Sarah Hawks. Her father is the infamous Charmin, 2009 Crufts Best in Show. She and I became best friends when she turned 9 months. We live in New York City's beautiful Upper West Side. Pilot's show career was brief but uniquely fast-tracked: within a few weeks, she won several national champions and returned home to me with flying colors. She carries gentle disposition and precious sense of humor. Her favorite trick is finding the busiest street corner and "sit pretty" minutes at a time, enjoying passerby's feedback: "Oh My God, this dog is sitting like a human being! This is SO adorable!! Can I take a picture?" Pilot is trained to fetch and floor mopping, among 12 other comments she performs at about 90% accuracy. Her favorite snack is raw/frozen chicken feet. She'll do anything to hear the freezer door open."