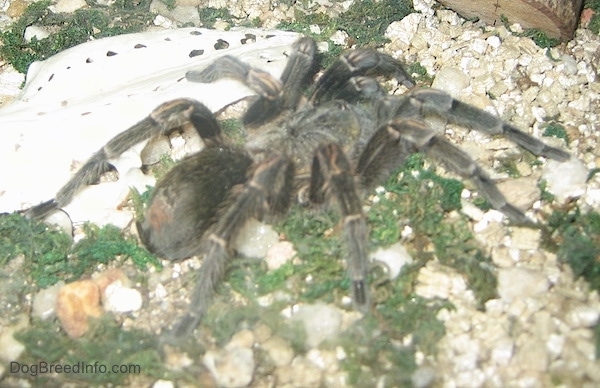 There are 73 or more types of tarantulas found, originating in Africa, South America, North America, Central America and Asia.

Temperament varies with the type of tarantula. The common smaller brown tarantula is more docile and mellow than the larger more colorful types which tend to be territorial and very aggressive.

The common brown tarantula averages in size from 4.5 to 5.5 inches in leg span with the more exotic larger and more colorful types reaching an enormous 13 to 14.5 inches.

Your pet will be happiest in a container that is only a few times larger than the spider itself. Anything larger will make it feel vulnerable, nervous and unsafe. An aquarium/terrarium with a very secure lid with adequate ventilation and adequate humidity will be its home of choice. Provide a base layer of several inches of substrate (i.e. peat moss or potting soil) that will hold humidity and allow it to burrow. Since they are also agile climbers provide branches or climbing apparatus to allow exercise at liberty. You will also need to provide a bowl of clean water. Mist your container once a week or more depending on conditions to keep your pet’s home moist but not wet.

Your pet’s home will only need to be cleaned approximately once every 6 months since it will rarely eat.

Tarantulas molt to grow. This means that they replace their skin and hairs, lungs, genitalia, mouth, fangs, lost limbs and eyes in order to grow since their exoskeleton does not stretch. This process can be extremely strenuous on your pet and you may notice them not eating several weeks before this process begins. They have even been noted as not eating for up to a year. During the molting period you tarantula will be extremely vulnerable since it will have a soft "shell" and be in a general weakened state. Protect your pet by not handling it during this time as dropping it from just a small height could kill it by crushing its abdomen. This is also true of them in their adult stage. Always handle your pet with extreme care.

Tarantula diet consists of live prey that they can capture and kill. Give them food that they can kill easily as tarantulas are fragile. They consume live crickets, worms, beetles, smaller sized lizards and baby mice.

Your tarantula will exercise when he feels like it. He will climb or burrow at will. Provide him with the proper medium in the base of his container and branches from climbing.

A regular common brown male will live anywhere from 1 to 5 years. Females tend to live longer with an average lifespan of 8 to 15 years. The Crawshawi variety female can live to a whopping 25 to 30 years old, in contrast to her male counterpart living only 12 to 15.

When your tarantula is molting it is vulnerable to disease and injury. Pay special attention to it during this time to provide protection and to keep your pet in optimal health.

Tarantulas reproduce by producing egg sacs. Once your pet tarantula reaches maturity it may reproduce. Reproduction occurs by the male rubbing his abdomen on a mat type web which causes it to deposit semen. Then he gathers the semen with the short leg-like appendages between his front legs and holds it there until he finds a female spider that he can seduce. The male inserts his short leg-like appendages into the female and deposits the semen. She later creates an egg sac which she will guard for several weeks until they hatch. The eggs hatch and live in the web for a short time before going off on their own.

Tarantulas do bite but their bite is less dangerous than portrayed. Their bite is one equivalent to that of a bee sting. (Unless you have an allergic reaction. In this case seek professional attention.)

Tarantulas also use a mechanical/chemical defense mechanism that involves urticating hairs. Urticating hairs are not actual hairs; they are skin extensions that the tarantula flicks from its body by rubbing its legs against its abdomen. This produces a cloud of "hairs" with microscopic barbs that cause irritation or hives. They can affect the eyes and mucous membranes of their victims (including humans). The microscopic barbs attach to the victim and give off a toxin. These hairs have been likened to tiny shards of fiberglass in texture. The hairs can be found in the area surrounding their burrow, woven into webs, woven into egg sacs and also in their cages. Be careful when cleaning the cage. Use gloves to avoid irritation. It is recommended that you use a cortisone cream to relieve itching. Severe reactions may mean you are experiencing an allergic reaction and should consult a physician.

Keeping several tarantulas in one cage is not recommended. If you keep more than one tarantula in a cage they will often fight until the death or possibly until one eats the other. 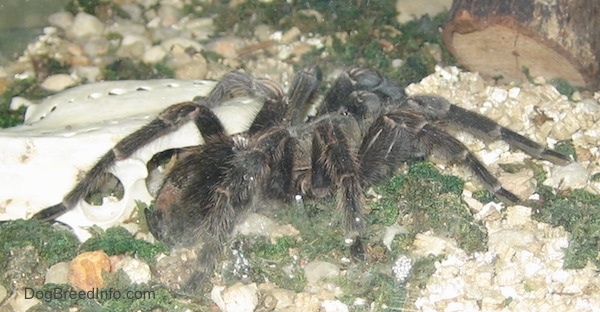 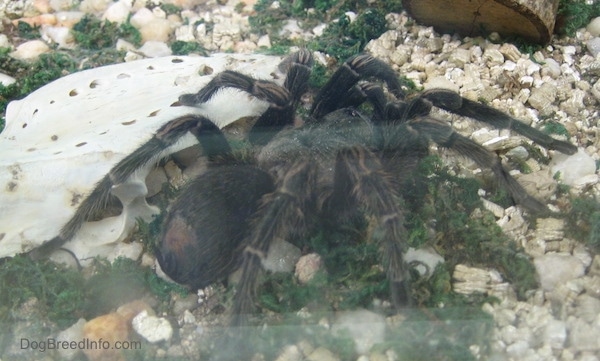 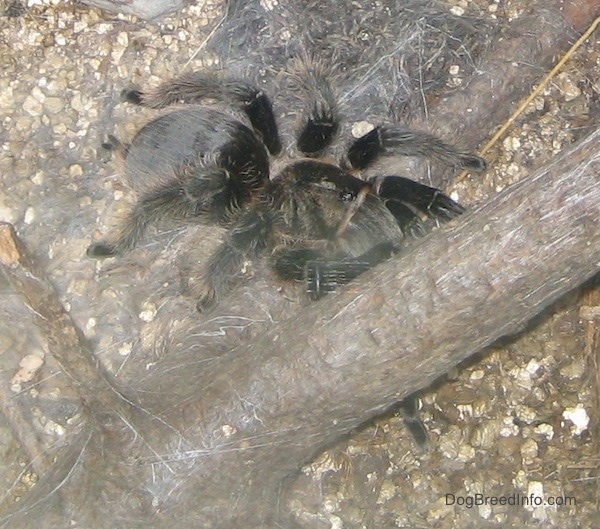 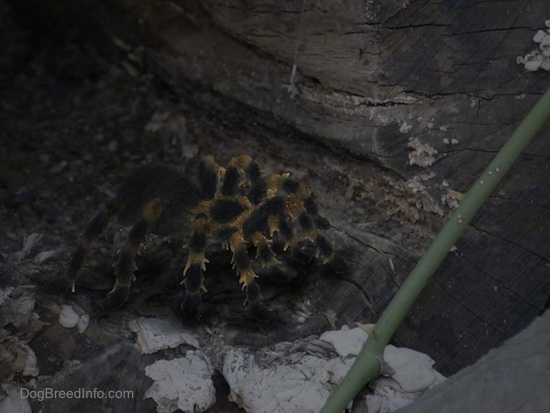 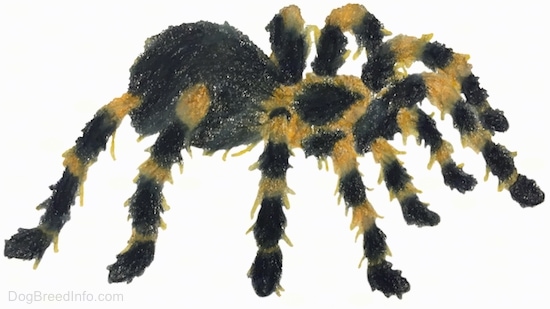 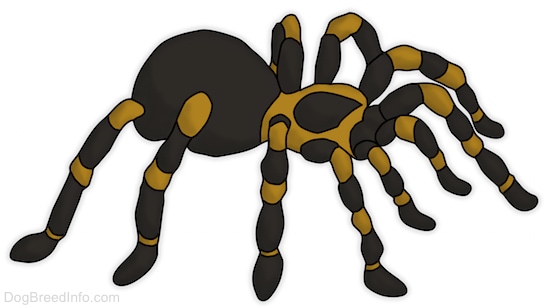