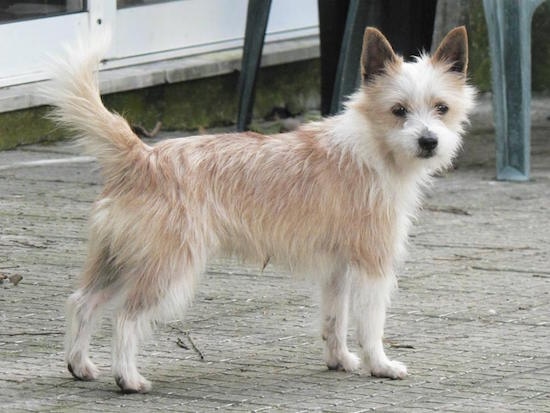 There are three sizes of Podengo Portugueso: Grande (large), Medio (medium) and Pequeno (small). The Medio Podengo Portugueso is a moderately-sized sighthound type with a well-proportioned head, flat skull and pronounced stop. The nose is usually brown, but may be black. The ears are large, naturally upright, triangular and highly mobile, turning forward to catch sound. The muzzle is straight. The chest is muscular and prominent. The small, oblique eyes are brown to honey in color. The cat-like feet have well-arched toes with hard, strong pads. The back line only has a slight arch. The neck is strong and muscular without dewlap. When the dog is calm the tail hangs down; when the dog is excited or in motion the tail is horizontal. The coat comes in two varieties: smooth and wire-coated. The smooth coat is hard and longer than that of most sighthounds. The wirehaired coat is medium-long, shaggy and coarse. Colors may include yellow, fawn or black with white markings.

The Podengo Portugueso Medio is probably the fastest of three Podengos. It is an intelligent, lively dog. Courageous and a good watchdog it is affectionate, making a good family companion. Many Portuguese owners favor the Medio over both of its brothers, the Grande and Pequeno because they feel its size is ideal—not too big and not too small. Regardless of its size, the Medio is a wonderful companion dog and super-efficient hunter. Socialize this breed at an early age and be sure to teach it simple obedience like walking on a leash. They need a firm, but calm, confident, consistent handler. Proper canine to human communication is essential.

A very healthy breed. Because this breed has had relatively limited intervention by humans, it has a low incidence of known inherited defects or diseases.

The Podengo Portugueso Medio is not recommended for apartment life. This breed is well-suited for hot sunny climates and can live and sleep outdoors so long as they have adequate shelter.

This fast and very active breed needs a lot of daily exercise, including a daily, long, brisk walk or jog. While out on the walk the dog must be made to heel beside or behind the person holding the lead, as in a dog's mind the leader leads the way, and that leader needs to be the human.

The Podengo Portugueso Medio needs little grooming. Occasionally comb and brush to remove the dead and loose hair. This breed is an average shedder.

The Podengo Portugueso comes in three sizes: The Grande (large), Medio (medium) and Pequeno (small). There are two possible origins of all Podengo Portugueso. The Grande, from which the Medio and Pequeno evolved, is similar to the tan-colored sighthounds, such as the Pharaoh Hound, which spread out of North Africa to the Iberian Peninsula. However, the Podengo could be a descendant of small Iberian wolves. Although the Medio's closest relative, the Podengo Grande, is now very rare, this lively and alert medium-sized hound remains a popular dog, particularly in rural parts of northern Portugal. It is sometimes still used as a small-game hunter there. Hunting in packs or alone, the Portuguese Hounds became very skilled at hunting rabbits. Human intervention in breeding has reduced the Medio's size, while leaving other characteristics intact. In Portugal these dogs are used for hunting, ratting, guard work and companionship. It is nicknamed the Portuguese Rabbit Dog. This breed was recognized by the AKC in 2004 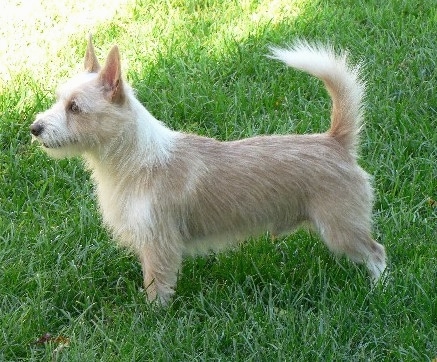 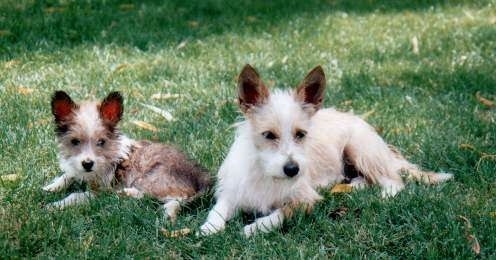 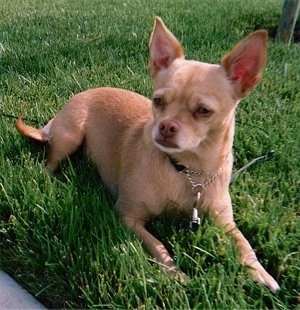 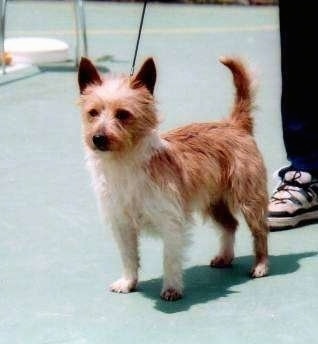 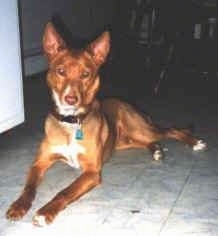 "This is Raposa, which is the Portuguese word for "fox" or "foxy," but you can call him Repo. Repo is a Large Portuguese Hound." 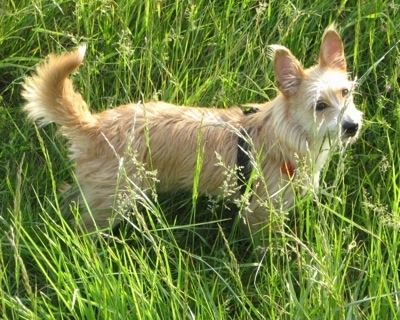 "I took this picture near the pond on our farm of our Portuguese Podengo. Scrubby is his name and he is a rescue dog. The best dog in the world."