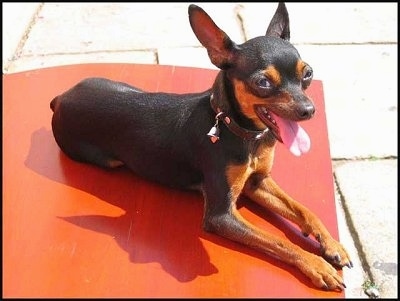 The Prazsky Krysarik is said to be the smallest breed in the world. The chest is broad, but not at all deep and descends only partly to the elbows. It has a lean, delicate body, which is covered with thin skin. The neck is moderately long and narrow, supporting its delicate head. The muzzle is narrow and fox-like, with straight but crowded teeth. Its coat is short with very thin, glossy fur. Coat color is mostly black and tan. The Prazky Krysarik is 2 cm shorter in maximum height than the Miniature Pinscher is in minimum height.

Miniature, very quick, active, alert and lively, this breed shows love for his master and is very watchful. The Prazsky Krysarik has a highly developed sense of smell. Because of his small size and briskness he was used for killing rats (krysa), which gave him the name "Krysarik". These qualities which he possesses have been developed over the past centuries. He is very social, obedient and warm-hearted. He gets along well with children. By nature he is noble and intelligent. Do not allow this dog to develop Small Dog Syndrome, human induced behaviors where the dog believes he is pack leader over humans. This can cause varying degrees of behavior issues. Proper canine to human communication is very important.

The thin-boned legs are susceptible to injuries.

The Prazsky Krysarik hates the cold and may shiver. It will tolerate and even appreciate a warm sweater on cooler days. These are good little dogs for apartment life.

Although it is tempting to carry these dainty creatures about, these are active little dogs that need a daily walk. While out on the walk the dog must be made to heel beside or behind the person holding the lead, as instinct tells a dog the leader leads the way, and that leader needs to be the human. Play will take care of a lot of their exercise needs, however, as with all breeds, play will not fulfill their primal instinct to walk. Dogs that do not get to go on daily walks are more likely to display a wide array of behavior problems. They will also enjoy a good romp in a safe, open area off lead, such as a large, fenced-in yard. Don't think that just because he is small he should be confined to a small space.

The smooth, shorthaired coat should be gently brushed occasionally or simply wiped over with a damp cloth. Check the ears regularly and keep the nails trimmed. This breed is an average shedder. 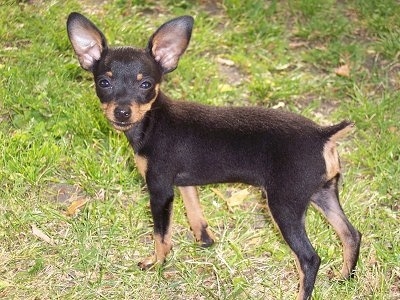 Ejnar the Prazsky Krysarik as a puppy at 3 months old 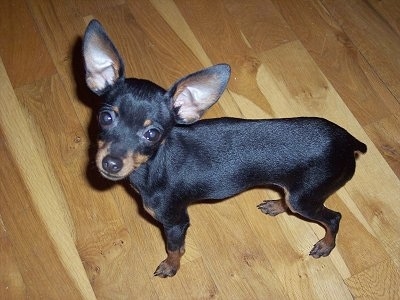 Ejnar the Prazsky Krysarik as a puppy at 7 months old 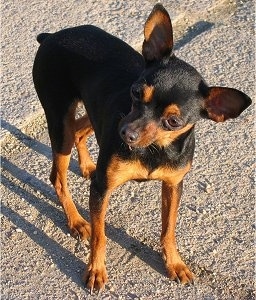 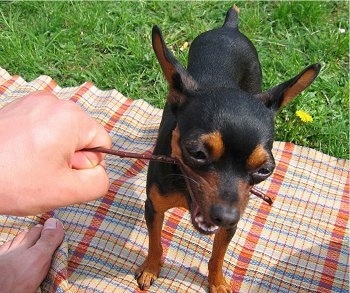 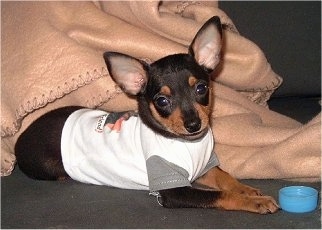 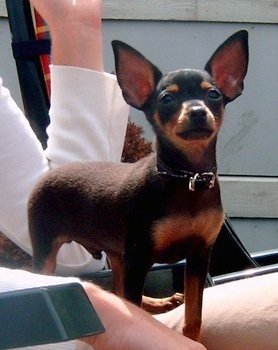 Odin the Prazsky Krysarik as a puppy at 4 months old