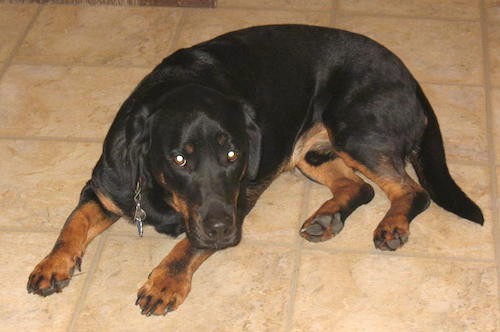 "This is Sega the Rottie / Basset Hound cross. We got him from a couple that didn't have time for him anymore. He is originally from a shelter. He is almost 4 years old and 55lbs in these pictures. He is very friendly and goofy. LOVES other people and dogs. He has the face of a Rottie, but the stumpy legs of a Basset. He's not really into toys, besides fetching a ball once in a while. He loves his walks and going to the dog park. He thinks he is a lap dog. He also loves to dig... especially when given a bone. He likes to hide them in the yard. Great dog. Very glad that we were able to rescue him!"

The Rottie Basset is not a purebred dog. It is a cross between the Basset Hound and the Rottweiler. The best way to determine the temperament of a mixed breed is to look up all breeds in the cross and know you can get any combination of any of the characteristics found in either breed. Not all of these designer hybrid dogs being bred are 50% purebred to 50% purebred. It is very common for breeders to breed multi-generation crosses. 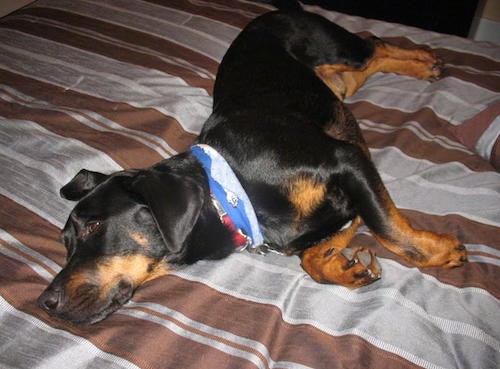 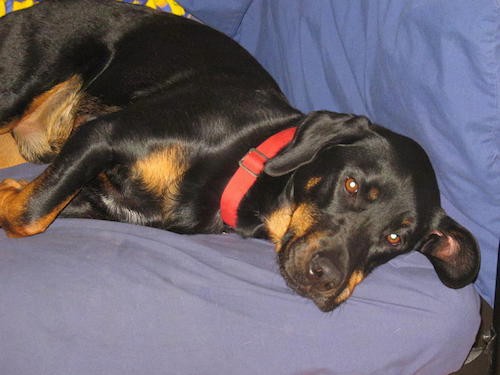 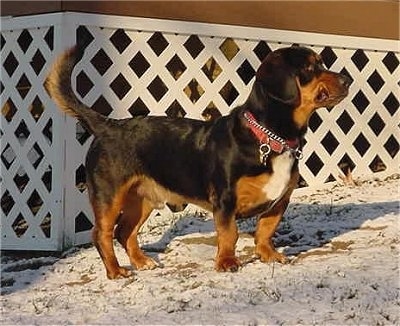 Stubby the Rottie / Basset Hound mix breed dog—"Stubby belongs to our neighbors and is a wonderful friendly dog. He is an interesting mix with an interesting story. His mother is a Basset Hound, a fine purebred show dog that had breeding potential. She came in to heat in her second year, but was not ready to be bred. Her owners left for work on a warm spring day and left the windows open and the screens down. When they got home from work that evening, one of the screens had been pushed out and when they open the door a large male Rottweiler was in the house with the Basset. He had broken in and had his way with her and Stubby was the result of this breeding! He was not planned, but is well loved! He is strong and athletic and very friendly. He is curious and loves to fetch and play with the neighborhood children." 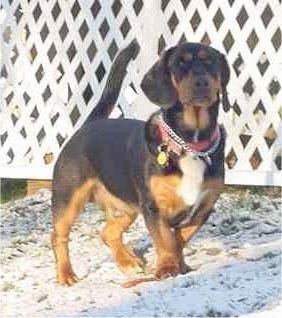 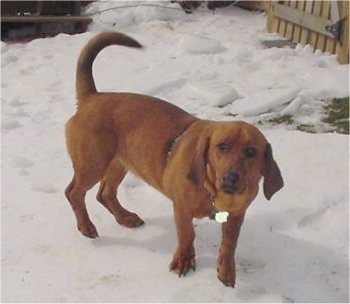