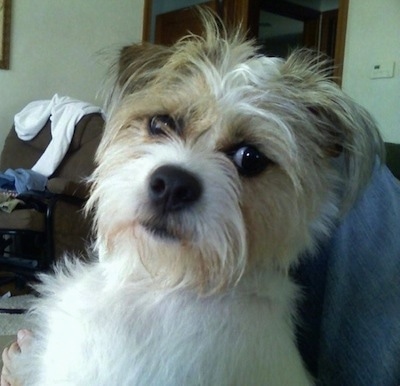 "This is Jax and he's a Ratshi Terrier. I bought him when he was 3 months old. He's about 3 years old in this picture. He is a pretty intelligent dog and knows many tricks. He was a little difficult to housebreak, but does well now. He can be as energetic as you want him to be or he'll sleep all day if you let him. He really just does whatever I'm doing. I took this picture before he went to the groomer to get his haircut and other grooming."

The Ratshi Terrier is not a purebred dog. It is a cross between the Rat Terrier and the Shih Tzu. The best way to determine the temperament of a mixed breed is to look up all breeds in the cross and know you can get any combination of any of the characteristics found in either breed. Not all of these designer hybrid dogs being bred are 50% purebred to 50% purebred. It is very common for breeders to breed multi-generation crosses. 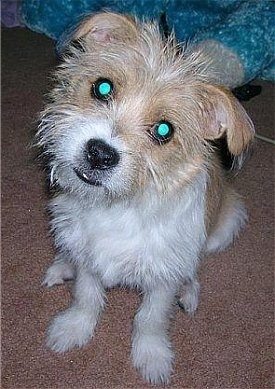 Squishy the Ratshi Terrier at 8 months old—"He is very energetic and loves to play. His mother is a Rat Terrier and his father is a Shih Tzu." 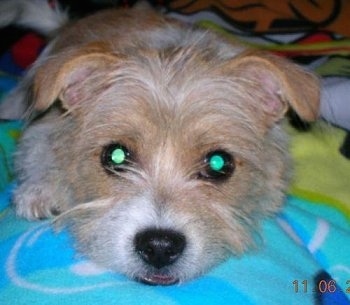 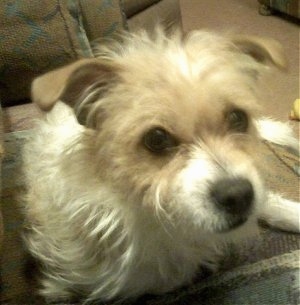 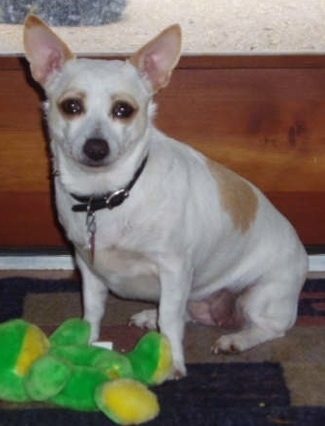 "This is Juju, a female Rat Terrier / Shih Tzu mix. She was approximately 4 years old in the photos and weighs almost exactly 10 lbs. I acquired her from a less-than-reputable local pet store that I happened to walk into. She was the only puppy from what I assume was an accidental litter (the term 'designer dog' hadn't even been coined yet, to my knowledge) and I could not leave those pitiful eyes behind! That said, I think her eyes are round like Shih Tzus are supposed to be. Her long body and short legs are Shih Tzu traits, whereas her short coat, triangular ears and longer muzzle are from the Rat Terrier side. However, there are some spots (her feet and tail) where some of the hairs are a bit longer than the others.

"Juju's energy level, for me, is ideal. She loves to go for walks or run around outside, but also adores cuddling and sleeping in. I would say her exercise requirements are actually lower than average, not simply because she's small, but because she can do much of her running around inside. She craves attention and I fully believe that, if she were taught, there would be no end to the things she would do to please her people. She is so devoted." 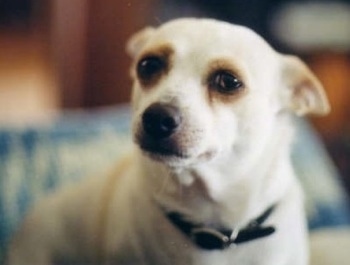 "She, like many dogs, would be a pig if allowed. However, she's not a beggar and will generally stay quiet or go lie down while food's on the table. She does bark more than I prefer. When she's excited to see me in the morning, it's usually just one (loud) bark, but when something's going on outside or people arrive, it's madness (but we do have other dogs that could be the main barkers.) She's slightly nervous of new places, so stays close to me. She likes new people but is particularly wary of children and large dogs. She has never bitten in these situations! She's a big licker, which some people like and some don't. Her ears are fantastically expressive and she is (if I may say so) quite patient and photogenic!

"The only health problems to note have been cherry eye, mild allergies, and the fact that a few of her toenails are incredibly curly and must be clipped often to avoid discomfort or injury to her pads." 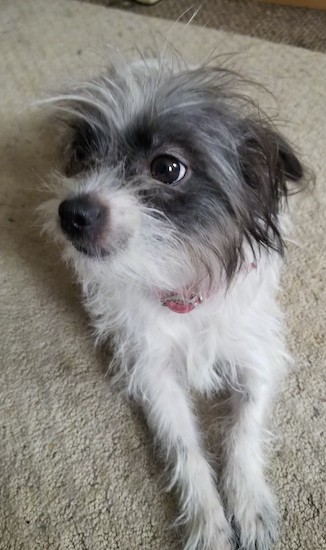 Spinda the Ratshi Terrier at 11 months old (Rat Terrier / Shih Tzu mix breed)—"She is the most calm, affectionate dog with the best behavior." 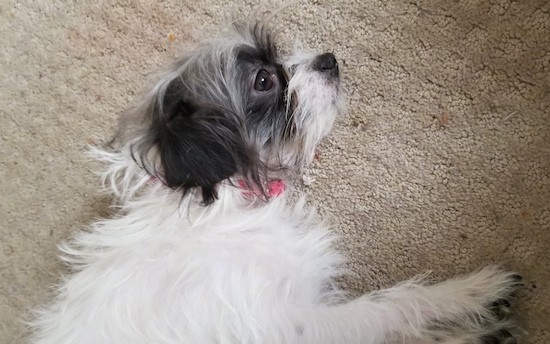 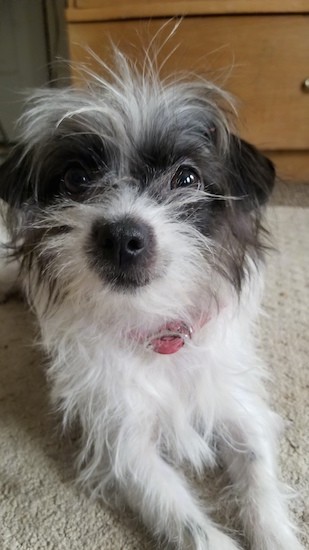