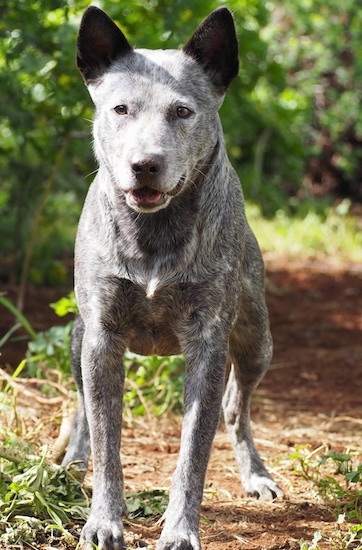 Pea the Australian Stumpy Tail Cattle Dog at 2 years old from South Australia—"Pea is quite wild. I don't like strict obedience training I think it smothers the dogs character. He is trained to walk on a lead and was socialised as a puppy. These picture were taken during a play session with his favourite ball. Although he is a working breed he is happy in an urban environment provided he gets daily walks and play time. Pea loves to chase birds and cats which fortunately he rarely manages to catch."

The head of the Stumpy Tail Cattle dog is balanced with the body. The eyes are medium sized and oval shaped. The ears are broad at the base, set wide apart on the head and of medium size. The muzzle is medium and tapered to a point. The nose is black and self-colored according to coat. The bite is scissor or level. It has a medium length and extremely strong neck and a deep and muscular chest with well-sprung ribs. The body has a level back that slopes at the rump. Forelegs should be perfectly straight when viewed from the front. Hind legs are broad, strong, muscular and straight from the hocks to the feet when viewed from the back. The feet are round with short toes. It has a natural bobtail. Its coat is medium-short, straight, dense and harsh. Colors include red speckled with darker red markings on the head or blue speckled with black markings on the head.

Energetic, watchful, free-spirited, obedient and alert. Brave and trustworthy, the Stumpy Tail is suspicious of strangers, but very loyal to its own family. It possesses a great working ability to control cattle. It loves to work and is very attentive to its owners’ commands. It is an intelligent cattle dog that can become easily bored, leading to serious behavior problems. It is not the type to sit around the house or be tied up in the backyard all day doing nothing. It needs a firm, confident, consistent pack leader, who will give it rules to follow and limits as to what it is and is not allowed to do. This highly intelligent working dog needs to be part of the action and will thrive if you give it a job to do. Some tend to nip at people's heels in an attempt to herd them. Will be good with kids if you make him clearly see humans are his pack leader. If you do not make this clear, the dog may not be good with kids they were not raised with or do not know very well. Very good in the obedience ring and in herding and agility. Firm training and discipline from the start and lot of daily attention will produce a fine and happy pet.

These animals have incredible stamina and will enjoy all the activity you can give them. Exercise is of paramount importance—without enough they can become bored and destructive. They need to be taken on long daily walks.

The shorthaired, weather-resistant coat needs little care and is very easy to groom. Just comb and brush with a firm bristle brush, and bathe only when necessary. This breed tends to shed its coat once or twice per year (depending on sex status and region).

The Stumpy Tail Cattle Dog originated from Australia. It is a descendent of the Dingo, which was crossed with a long dense-coated, black and white bob-tailed dog (Smithfield). In 1988 the breed was recognized by the Australian National Kennel Club.

What's the difference between the Stumpy Tail Cattle Dog and the Australian Cattle Dog? 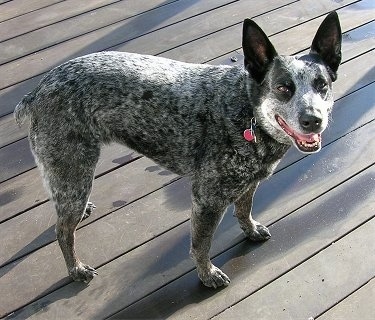 Shasta the Stumpy Tail Cattle Dog—Even at 10 years old, she still can’t wait for someone to throw the Frisbee! 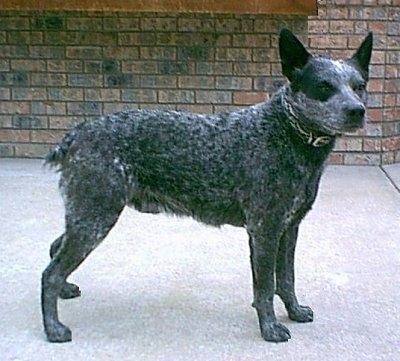 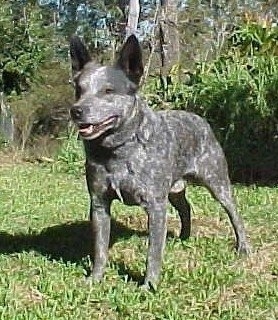 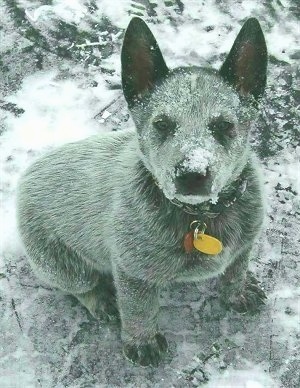 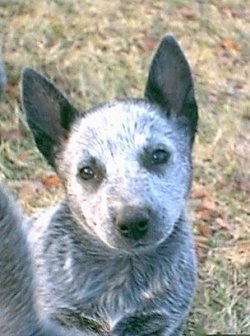 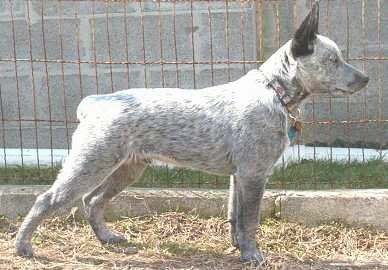 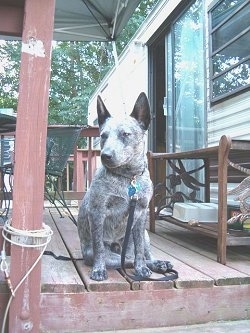 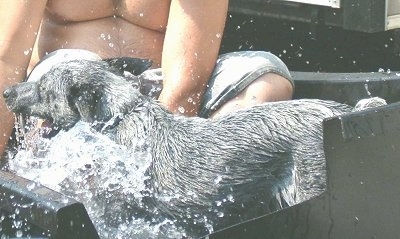 Burnum the Stumpy Tail Cattle Dog taking a cool dip in the fish pond that hasn’t been installed yet and finds daddy useful for this!!! 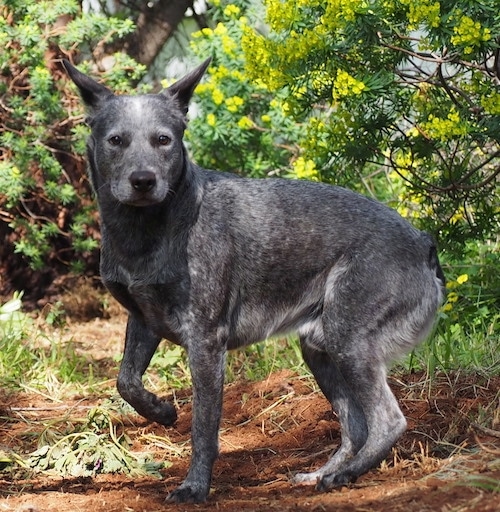 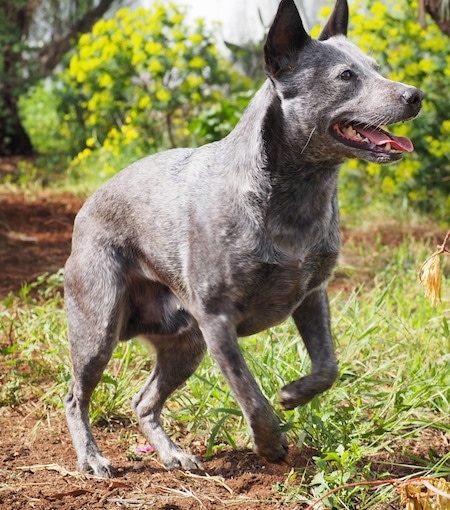