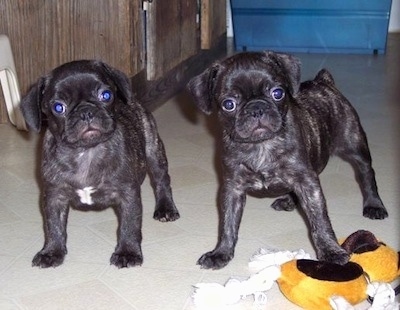 Frenchie Pug puppies: Penny and her brother at 12 weeks.

When people have a behavior issue with a dog, for example the dog has started growling, snaps, bites, bolts out the door, does not come when called, is destructive, pulls on the leash, chases the cat and will not stop when told, barks obsessively, is yappy, obsesses over objects, does laps around your house, chases its tail, chases cars, is aggressive with other dogs, gets possessive, is overly protective, jumps on humans and so on, a lot of people seek a dog trainer, take training classes or read books on how to train a dog. However, they often find that the training does not completely solve their dog’s issues. 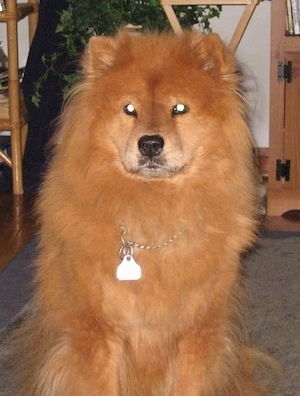 It is common for an owner or trainer to address each individual behavior at a time instead of looking into the "why." Often there are deeper rooted issues which are causing the dog to do the bad behavior; its instincts are not being met. When the owner satisfies these missing instincts the behavior issues disappear on their own. For example, one friend who was having issues with her dog found that the peeing on the floor and barking at her while she was getting her daughter ready for school completely stopped on its own when she started making the dog heel on the leash and began to show the dog leadership.

A lot of owners and even some trainers do not have the experience to understand exactly how to change a dog’s behavior because they see the dog as a little, fuzzy human instead of a canine animal. They do not consider the dog’s instincts and the effects that not satisfying them will have on their dog’s overall behavior. 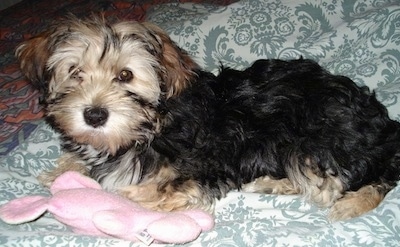 Sometimes when a person’s dog has a behavior issue they search the internet for breed(s) information to find the solution, but really they need to be looking for "canine or dog behavior" information in general. While each dog is a breed or mix of breeds and knowing its traits is useful when dealing with a dog (knowing that your Australian Cattle Dog likes to herd, is extremely smart, needs lots of exercise and mind challenges helps you to understand it better), most behavior problems are canine issues, not "breed" issues.

Dog training consists of cues and activities like sit, roll over, fetch, close the refrigerator, open the door with a string, agility, retrieving, hunting trials, herding trials, and so on. When teaching tricks, positive reinforcement is the way to go. Fetch my shoes, roll the ball with your nose, catch the biscuit from your nose and you get a treat, belly rub, verbal praise or pet on the head, ”good dog.” These activities challenge the mind and provide great bonding time.

Dog behavior is discipline. Heel on the leash, stay, don't bolt out the door, wait at the door until I pass, come when called, stop when told, drop that object, no jumping on humans, stay out of this room, don't cross this line and so on, are all rules that provide leadership and structure. Dogs crave leadership because their instinct tells them they need rules and structure to survive; the pack’s life depends on it. There must be a leader and the followers must obey the leader. Dogs constantly challenge the order; they test and expect to be tested. The order is not set in stone; it is an ongoing test. If the pack leader shows weakness in any way the next highest member will challenge that dog for the position. If the leader loses the challenge the pack will rearrange the order. Structure, discipline, boundaries, leadership... dogs should not get a cookie for respecting these. It's the same with human kids; they don't get a cookie every time they come home for not smacking their teacher at school because their respect is expected. Your dog needs this same type of structure.

If you have more than one dog, be sure to consider the dynamics of all of your dogs. I run into a lot of cases where an owner believes one particular dog has a behavior problem, when really it's one of the other dogs causing the trouble. For example, it is common for an owner to blame the big dog and try and get the big dog to behave while they ignore the bad behaviors of their small dog. Often times it is the small dog that causes the issues of the larger one. You cannot achieve a stable pack until you address all dogs. Do not play favorites and allow some dogs special privileges and not others. If you have issues with any of your dogs be sure to take a deep look into the entire pack structure to properly assess the situation. 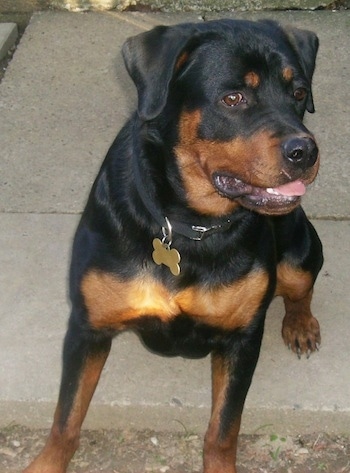 Dogs that live with humans are much happier when someone else takes over the role as leader. It is very stressful for a canine animal to have to be pack leader to humans because the humans do not listen to everything they want. For example, kids will go to school and adults will go to work or the grocery store without the dog’s permission; pack leaders can leave their followers but followers are not allowed to leave their leader without permission. So when the humans leave without the dog’s permission, the dog will get upset and sometimes destructive. But when the humans are in charge, the dog will relax and not worry because it knows its leader will be back. 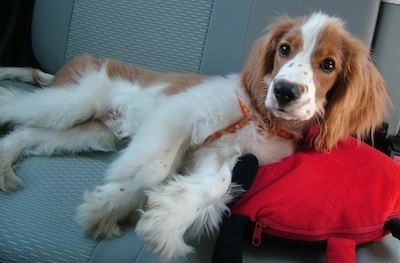 Any dog can absolutely go the wrong way in their behavior, but they can also absolutely go the right way. It's all up to the humans who live with the dog. When a dog has behavior issues it does not mean it is a reject or bad dog, just a misunderstood dog that is not getting its instincts met. Never forget that a dog is an animal with very different needs than humans. A dog does not think like humans and does not have the ability to fully learn human, but we humans do have the ability to learn dog.

When a dog’s instincts are not being met it often dominos into many other bad behaviors. If you go back to the beginning and fix the first domino often times these behaviors will disappear.

If you have dog behavior issues, be sure to seek out dog behavior information as opposed to dog training. Do not put a Band-Aid on an infection. Look deeper into the issues that you have in order to stop the behavior where it started. Dog training and dog behavior are different in the respect that a dog might be able to do 100 different kinds of dog tricks, but that does not mean it is a balanced dog. A balanced dog is well adjusted, stable-minded and well trained with good canine manners and has all of its instincts met.