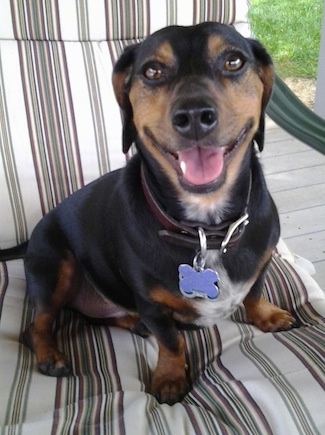 Walter the Toy Rat Doxie hybrid dog at 3 years old—"My dog Walter is a 3-year-old Dachshund / Rat Terrier mix. He is very friendly and affectionate. He loves kids and going on long walks and playing with his toys. He is very playful, but also can be lazy. When we are up and moving, he is up and moving; if we are sitting on the couch, so is he. He also has a hunting and digging instinct. He digs in my blankets until he is under them. He is also very intelligent. He knows sit, down, shake, left paw/right paw, speak, crawl, sit pretty, roll over, "BANG," spin, and when I say one he barks one time, when I say two he barks two times, and he knows all the way up to five. He also knows math and he is a good agility dog. He also loves to swim and play outside all day. But he has separation anxiety. He only has it when I leave him at a different house or I leave and no one else is home. He is also a little scared of big dogs he does not know. He is a great watchdog and barks at any living thing that passes the house. He is a great dog and is training to be a service and therapy dog."

The Toy Rat Doxie is not a purebred dog. It is a cross between the Dachshund and the Rat Terrier. The best way to determine the temperament of a mixed breed is to look up all breeds in the cross and know you can get any combination of any of the characteristics found in either breed. Not all of these designer hybrid dogs being bred are 50% purebred to 50% purebred. It is very common for breeders to breed multi-generation crosses. 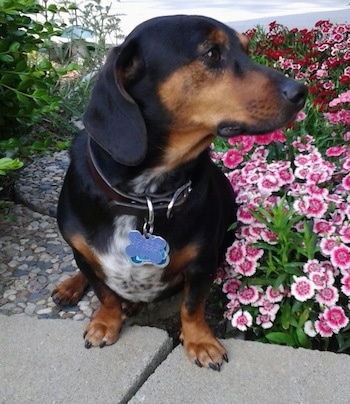 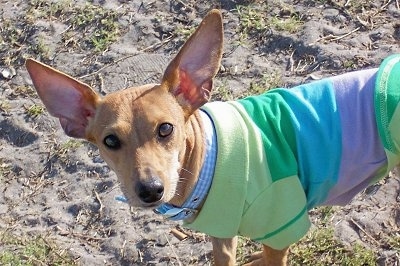 "His name is Frankie and he is very loyal, affectionate, playful, independent, great companion, and does not play well with other dogs. He's about 8 inches and about 10 pounds. He is 1½ years old in these pictures. He loves cuddling, lying in the sun and fetch. He hates water, other dogs and cold weather. Doesn't really have any quirks, maybe rubbing his ears across the ground." 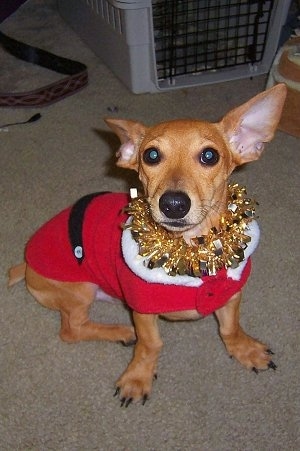 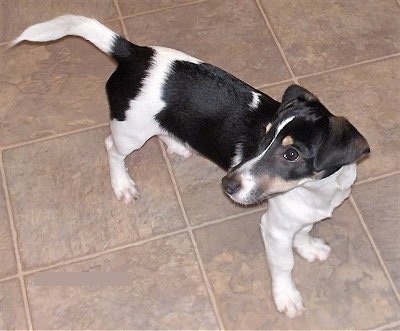 "Spunky is a 10-month-old Rat Terrier and Dachshund mix. He is very sweet and playful and very protective of his owners. He can be real laidback, too. When one of us goes down for a nap, so does he. His body isn't as long as purebred Dachshunds, but he is longer than Rat Terriers." 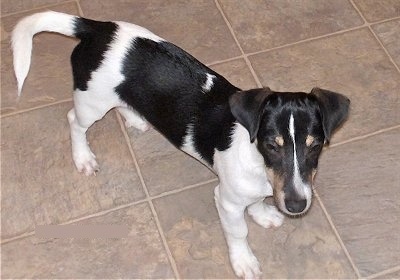