Alpha Humans: What does it mean to be dominant? 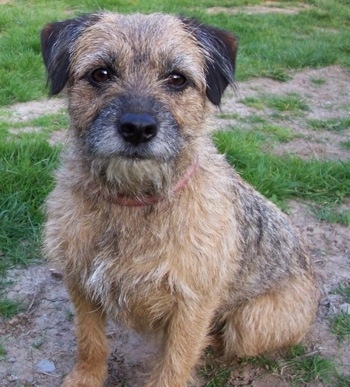 You hear time and again that you must be dominant over your dog. What does that mean, anyway? A lot of people mistake that as meaning you must be bossy, pushy, harsh and even go so far as getting angry when the dog does something wrong. This is a very incorrect assumption. Let’s take a look at the dictionary definition of the word "dominant."

Nowhere in the definition does it explain how you reach this position. Being dominant over your dog does not mean you should be mean to your dog. It means you must communicate to the dog who the leader is going to be. Pack leaders are not aggressive, angry or bossy. Lower members of the pack are not fearful of the pack leader, but rather respectful. The pack leader is the stronger minded being, calm but very firm. Pack leaders set rules and they expect them to be followed; they set boundaries and they expect them not to be crossed; they place limits on what the others are allowed and not allowed to do and they expect everyone to stay within the limits. Pack leaders are not dominant-aggressive, they are calm-assertive. 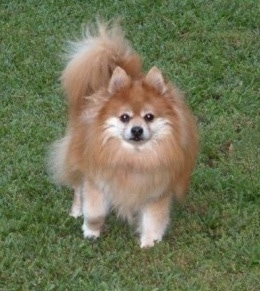 Dogs need a dominant, alpha leader; a being who is calm and very strong-minded. Dogs instinctually crave this leadership and guidance. Size means nothing. It is all about energy, all about how the being is feeling inside. Unstable humans make unstable dogs. A human who lacks confidence will not have a dog who listens to their commands.

Here is a perfect example of this. Watch the cat tell the gators to leave.

If you find yourself correcting your dog with anger, you are not being a good pack leader. Your dog should never fear you. You are looking for respect from your dog, not fear. When a dog respects you he/she will happily want to follow you. One cannot accomplish this respect using fear and aggression. 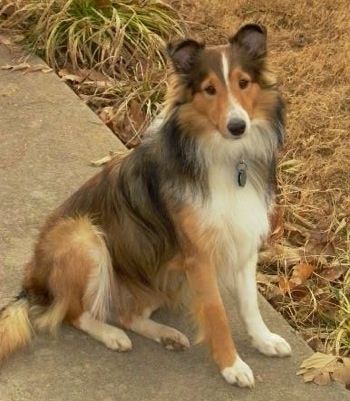 In order to be alpha over a dog you must make the dog understand what it is you are communicating to it. This means you have to stop thinking human and start thinking dog. How would one dog tell another dog what he/she wanted? Do they start yelling and screaming at one another? No, dogs do not talk, yell or scream, so this logically would not be the answer. Being a dog is a very instinctual, natural thing. When a dog is treated like a human or a little toy the dog can either lose, or often never learn, their real sense of being. This can cause catastrophic damage to them mentally and emotionally. So many people corrupt their dogs in this way that we humans start seeing the resulting abnormal behaviors as dog traits, when really they are disturbed or unstable dogs.

Puppymill pups often have unstable mothers and unstable dogs around them. The dogs are locked in cages where there is not enough room to act on their natural instincts. The mother dogs are often fearful. Since the mother dog is not stable she is not able to naturally teach her pups the way a stable dog would. These pups never learn major keys to the instinct of being a canine animal. It is like a baby squirrel not having a mother to teach it how to survive out in the wilderness; the lessons are not being passed down from one animal to the next. Puppymill dogs often come with pre-existing issues that are NOT breed traits but results of unfortunate upbringings. The dogs lose their natural balance, and you as their owner need to bring it back for them.

Then there are the dogs that were born to good breeders with stable canine mothers. These pups are off to a good start until they get home with their new families who, with all good intentions, treat them like little babies. They do not teach the pup the rules or give them boundaries and limitations; everything the pup does is "cute" and laughed at. They are not taught to properly walk on a lead while they are young. They are not taken for daily walks. They are not taught to follow. They are not properly communicated with. They are treated so much like a human that they begin to lose parts of their natural instinct. These instincts are not lost forever, just unable to be used because the resources around them are all wrong for the animal, so the dog becomes unstable. However the owners still do not recognize that the dog is unstable; the dog is assumed to have these quirky traits, when really the dog is going crazy inside. Dogs were not meant to be little humans. They are little canines.

Even worse, there are puppymill pups that were never taught from their mothers how to be a dog, and then brought home to humans who toss more of the same onto them. Again, since it is instinct we are talking about, even these dogs are not necessarily lost forever, they can be helped if the humans take the time to learn what the dog needs as a canine animal and to provide it. 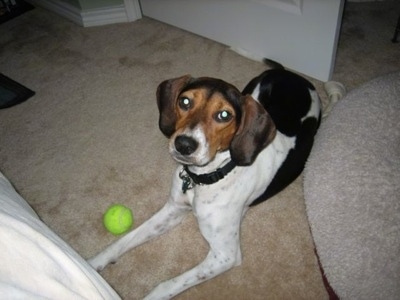 Our job as dog owners is to give the dogs back their natural instincts. Treat them like dogs, not like little humans, so they can be the mentally-stable animal they were born to be.

Do not push your dog around, be your dog’s calm, but firm and confident leader so he/she can look to you for guidance, and respect will follow. Bullying does not work. Anger does not work. Being pushy does not work. Learn a dog's body language and what it means. Learn what they are telling you with their body language. Learn how to tell things back to them in a way they naturally understand. Satisfy their natural instincts. Give them what they need to be balanced animals. Your dog is telling you a lot, are you listening? 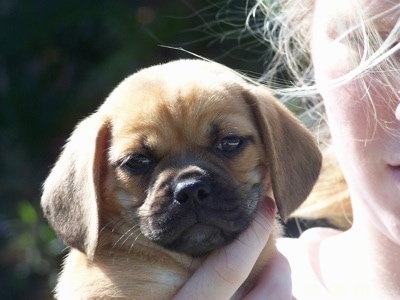