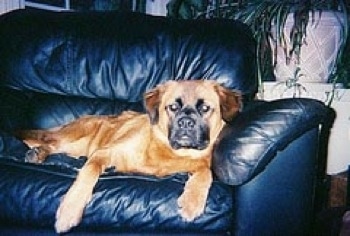 "This is one of our dogs, the beautiful Brandy shown here at 1 and a half years old. She was a tiny, fuzzy stray found wandering in our neighborhood. She still had her baby teeth and under her fuzz was skin and bones, so how could we turn her away? The vet thought she was a Golden Retriever / German Shepherd mix (no black on her tongue and webbed toes). Later, we used a DNA kit and discovered what she really is, which, as she matured, became more apparent. As you can see from the photo of her on the stairs, with some love and good nutrition, she got fat and healthy within a week or two. She is now a 55-lb., 1.5-year-old love bug—very affectionate and playful with extremely silky fur that feels like a rabbit. She has a big doggie family consisting of a little big sister Rat Terrier named Speck, a big brother Golden Retriever named Jessie, and twin big little brother and big little sister German Shepherd / Great Pyrenees mixes named Boone and Ellie."

The Boxer Chow is not a purebred dog. It is a cross between the Boxer and the Chow Chow. The best way to determine the temperament of a mixed breed is to look up all breeds in the cross and know you can get any combination of any of the characteristics found in either breed. Not all of these designer hybrid dogs being bred are 50% purebred to 50% purebred. It is very common for breeders to breed multi-generation crosses. 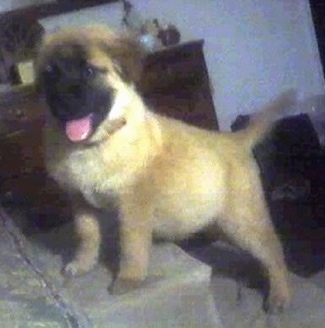 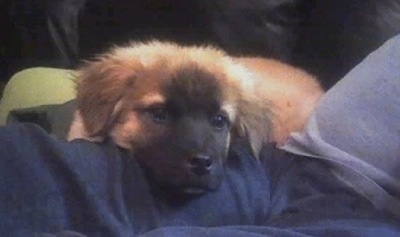 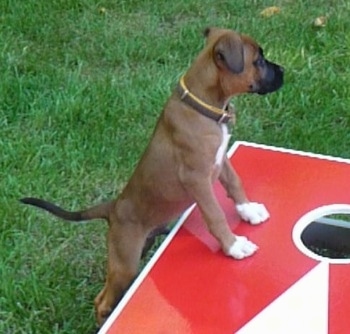 "This is my 2-month-old Boxer / Chow Chow mix puppy. His name is Bux and he is very high energy. He never stops moving when he is out of his crate, and he loves all things chewable (toys, sticks). He needs a lot of exercise to wear him out. He is very friendly toward everyone and loves playing with other dogs. He enjoys being petted and also likes to cuddle when he is worn out. He looks and acts largely like a Boxer. He does have the slightly longer snout, curved tail, straight back legs of a Chow Chow, though. Overall he is a very smart, curious, energetic, handsome dog!" 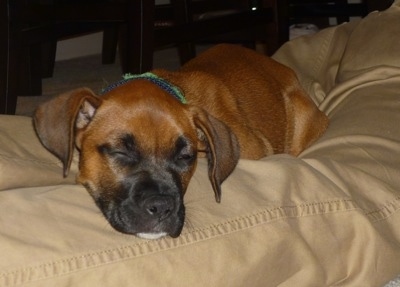