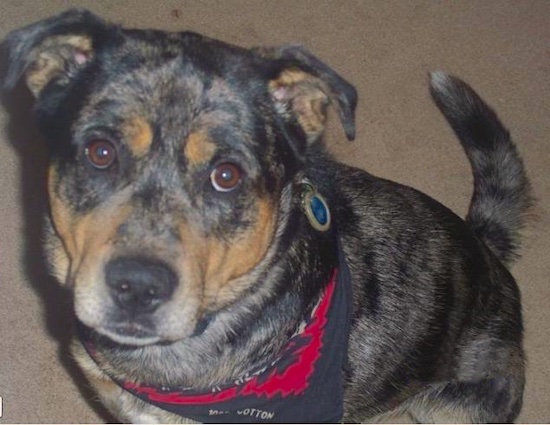 Mr. Quilbert the Rottweiler / Catahoula Leopard Dog mix at 2 years old—"Quil, or Mr. Quil or any of the other forms of his nickname was a rescue from a newspaper. I had inquired about him and set up a meeting. The family gave me the leash and I went to see him. When I got back the family was gone. As it would turn out, he was very badly abused and took months to fix. I had to regress him back to puppy and fully retrain him. Since the day I adopted him he has been my savior, preventing someone from breaking in my home, the neighborhood nanny barking when the kids go past their boundaries and my best friend. I can not rave enough about his personality. He really did take the best of both breeds."

The Catahoula Rottie is not a purebred dog. It is a cross between the Rottweiler and the Louisiana Catahoula Leopard Dog. The best way to determine the temperament of a mixed breed is to look up all breeds in the cross and know you can get any combination of any of the characteristics found in either breed. Not all of these designer hybrid dogs being bred are 50% purebred to 50% purebred. It is very common for breeders to breed multi-generation crosses. 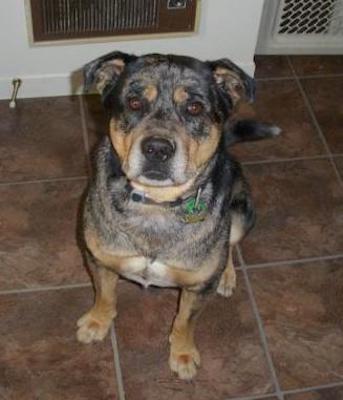 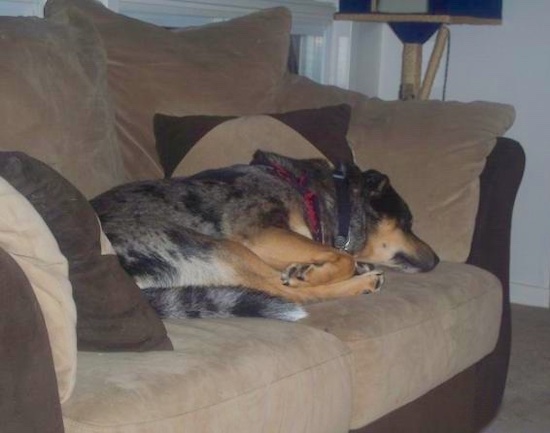 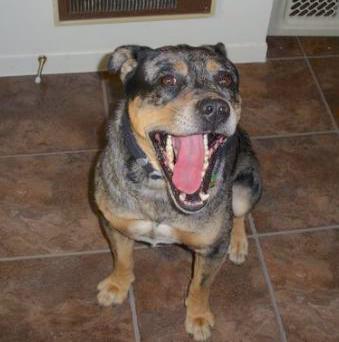