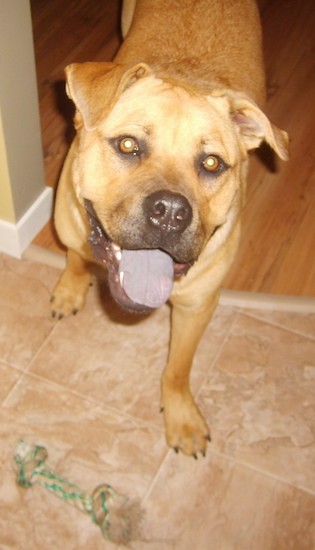 "This is my Pitbull / Chow Chow mix or I guess you could call it a Pitchow. His name is Grizzly and he is 9 months old. He is very masstif-like. He has the Chow's blue tongue and his tail curls up on his back."

The Chowpit is not a purebred dog. It is a cross between the Chow Chow and the Pit Bull Terrier. The best way to determine the temperament of a mixed breed is to look up all breeds in the cross and know you can get any combination of any of the characteristics found in either breed. Not all of these designer hybrid dogs being bred are 50% purebred to 50% purebred. It is very common for breeders to breed multi-generation crosses. 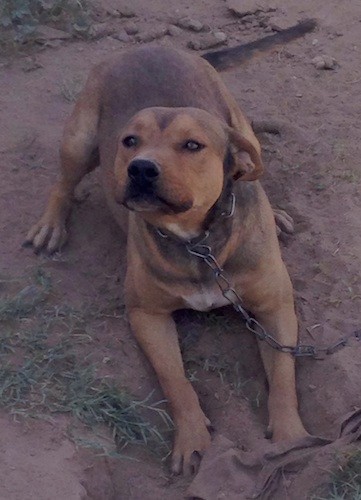 "Spook has been with us since he was a puppy. He is 3 years old in this picture. He's predominantly brown but with black on his back and tail and white on the midline of his stomach. He likes to eat all types of food and loves water! He enjoys going on walks and playing around with toys, definitely playing catch with the ball. He has light brown hazel eyes with a black and brown snout. He has a smooth coat and is a fairly medium sized dog. Spook loves humans that are bigger then he is, otherwise he growls unless he is introduced. He loves all dogs just as long as he sees me with the dog first." 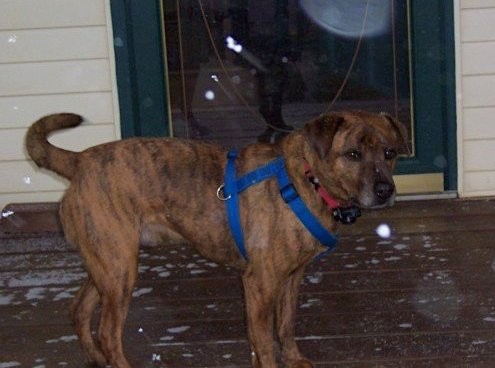 "We rescued Rufie from the local pound 5 years ago so he is approximately 6 years old now. He is a Pit Bull / Chow Chow mix. As a puppy he was highly energetic and michievious. He loved to chew on wood, which destroyed some of our banisters, stairs, and tables. We discovered that his favorite type of toy was a stuffed monkey and found that as long as we keep some laying around, he'd chew on them instead. He is now the sweetest and most well-behaved dog I've ever owned (expecially since he has stopped teething and no longer feels the urge to always chew on something). He rarely barks and loves people - especially kids. My cousin even lays on him. He loves to run around in our yard and play with our new puppy Penny. When it snows he throws snow around with his muzzle and tried to catch it, which is very funny to watch. He is perfect for my family because he looks like a watchdog, but really, would just lick any intruder and roll over to be pet. " 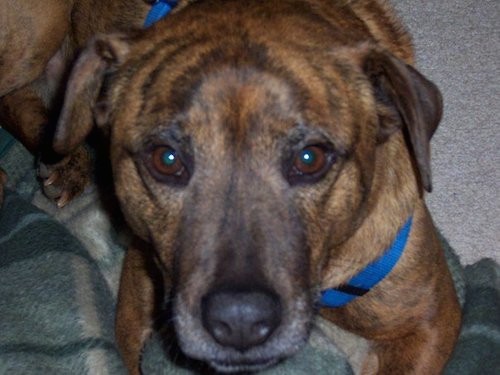 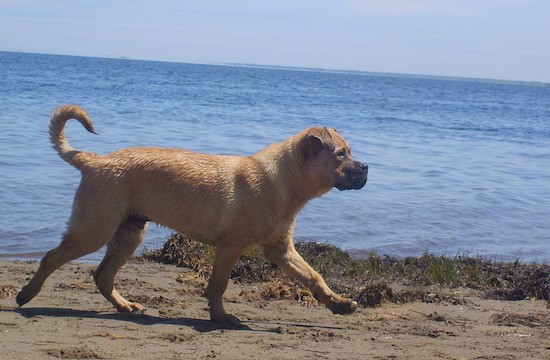 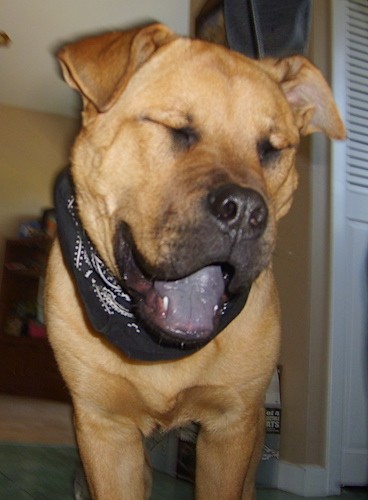 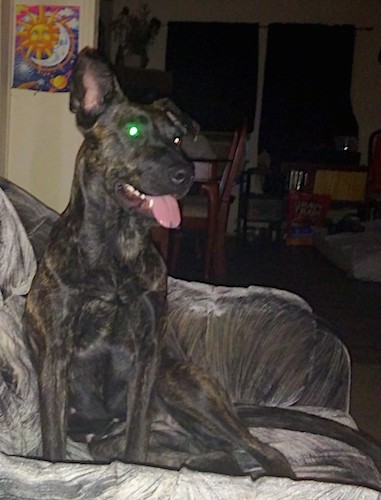 Saddie the Pit Bull / Chow Chow mix breed dog at 11 months old—"Saddie was giving to us as a 4-months-old puppy. She was so scared. It took her 2 weeks to warm up and now she has chose me to be her human and is very protective of the whole family. Her best friend is Chief, a blue Pit Bull."