Before You Chain (Tether) Your Dog 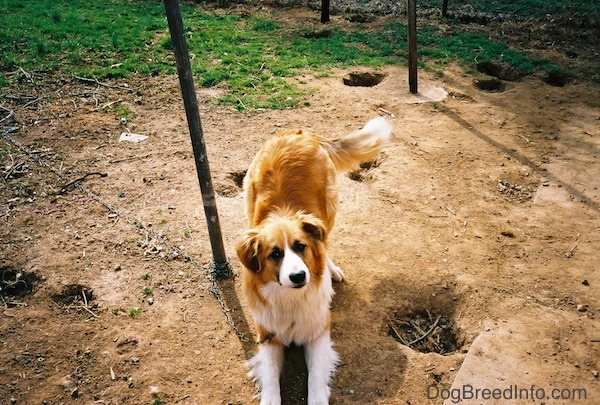 Dogs on Chains—Why It’s Not a Good Idea

Dogs that are chained (tethered) run a much higher risk of biting and are more likely to be the dogs that run off and don't come back when called.

Why? Chaining a dog goes against its natural instincts. Dogs were not meant to be tied up. Most become protective of the area around them and in some cases, downright mean, even to their owners. They feel confined, trapped and it drives them crazy. They are harder to train and some appear to be literally un-trainable, when really they are just going stir crazy. Most chained dogs will take off on you any chance they can get away. And why not? Coming back means they have to go back on the chain and they want to enjoy their freedom, if even for a little while. Not all dogs will be biters and runners if chained, but all dogs would be happier, with a better temperament, if they were not chained. Dogs who are tethered are stressed, bored and anxious. According to the American Humane Association chained dogs are 2.8 times more likely to bite and approximately 25% of fatal dog attacks were from chained dogs. 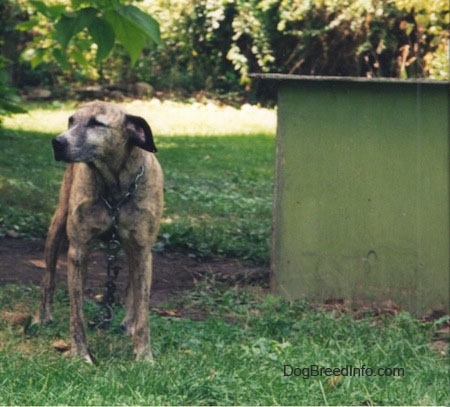 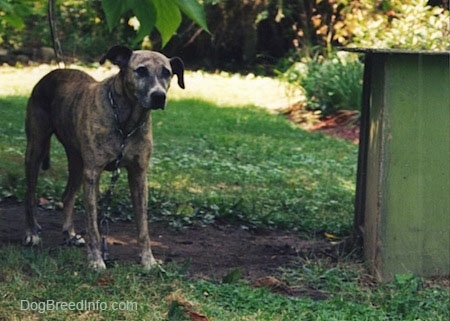 One example of this is the story my neighbor told me about a Keeshond she had as a child. Her parents did not have much time for the dog and the kids were getting older and did not have very much interest in it. As a result the Keeshond ended up on a clothesline run, chained up in the backyard. It got to the point where you could not go near the dog without it growling at you and trying to bite. After a while the parents decided it was not worth the liability. They feared the dog was going to eventually really hurt someone. They found the dog a new home and hoped for the best.

A few months later they received a phone call from the new owners. Fear shot through the mother as she answered the phone, expecting to hear the dog had bitten someone. Instead they heard how nice and sweet the dog was. Friendly as can be, loves everyone. The new owners were calling to say just how happy they were and that they loved their new Keeshond. Turned out the new owners did not chain the dog. They were in a situation where the dog could be free to walk around the yard. For those who know the breed, you know that Keeshonden are not the type of dog to be mean or to bite. They love everyone and everything. It was the chain, lack of leadership, pack structure and exercise that drove the dog to this point. The good thing was it was reversible, the chain was taken away and the dog was placed in a new environment. The dog no longer felt the need to defend and protect, no longer felt trapped and confined. 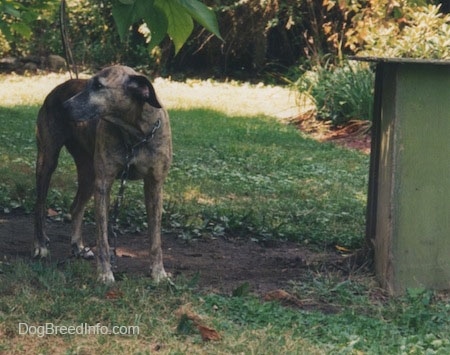 Another case is an acquaintance that owned an English Bulldog. He had the dog tied up in the backyard. One day the dog got off of the chain. One of the neighbor kids tried to bring him home. When the boy grabbed his collar, the dog bit the boy in the face. Why? The dog was confused. He was suddenly free and he did not know how to handle it. Going home meant back on the chain. The owner of the Bulldog had told the neighbor kids not to go near the dog if he ever got free and to come and get him instead. Once again, the English Bulldog in general is excellent with children and loves people, but even a Bulldog will go crazy tied up on a chain all day. In fact, English Bulldogs are one of the worst breeds to chain. They have a strong desire to be by your side. Chaining them all the time drives them crazy. Confined, restricted and trapped...it is not in a dog's nature to be tied up. 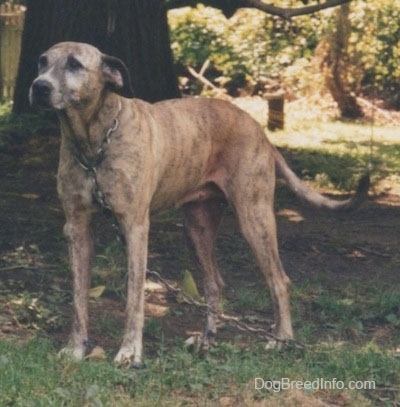 I am not talking about the occasional time when you need to tie your dog up for a little while. There will be times when you will need to tether your dog. I am talking about the Backyard Dogs. The ones with the dog house and a chain. The ones that spend the majority of their time and life chained, sitting and waiting, with nothing else to do but wait and protect. 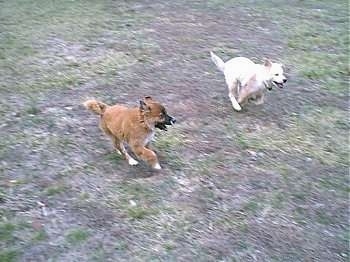 Electric fences are highly recommended. You cannot see them, so your yard will look the same and your dog will feel the freedom that dogs enjoy, being able to see around him, yet still have the same safety as an above-ground fence. They are relatively cheap compared to the above-ground fence.

A regular (above-ground) fence is another option. The bigger the area your dog has, the happier he will be, and in return, the happier you will be with your dog.

Training. Take your dog to obedience classes or teach him yourself. Teach him to stay around your house. Depending on the breed and the area you live in, this is not always an option. Know your breed and decide accordingly.

Outside kennels. I am somewhat skeptical of outside kennels as the place where your dog spends the majority of his time. They are much better than chains and if the owners take the dog out every day for a walk and give it chances to run free and play they can be okay. But once again the dog is in a confined, restricted situation. In the end it all depends on how much time you spend with your dog. If you do not have time to spend with your dog you probably should not have one. On the other hand, if it comes between taking your dog to a kill shelter or chaining him up in your backyard, I would choose the chain.

No matter how big your yard is and how much the dog runs around in the yard, or where your dog spends the majority of his day, always remember that dogs instinctually need to go on a daily walk to satisfy their migration instinct.