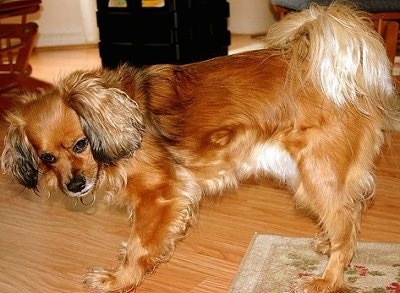 April the adult Cockeranian—"My girl April is 50% Cocker Spaniel and 50% Pomeranian; her father was a black and tan Cocker Spaniel and her mother was a solid black oversized Pom. April was born into a litter of three pups; her two brothers were regular Cocker colors, one black and the other buff. She, however, was born as a sable color of sorts. As you can see, she inherited the Pom tail and the Cocker ears, though thankfully, not all the problems that most Cockers have with their ears. Though she's a hybrid, I really think the Pom improved on the Cocker and vice-versa. She's about the size of a small Cocker Spaniel full grown at 5 years old."

The Cockeranian is not a purebred dog. It is a cross between the Cocker Spaniel and the Pomeranian. The best way to determine the temperament of a mixed breed is to look up all breeds in the cross and know you can get any combination of any of the characteristics found in either breed. Not all of these designer hybrid dogs being bred are 50% purebred to 50% purebred. It is very common for breeders to breed multi-generation crosses. 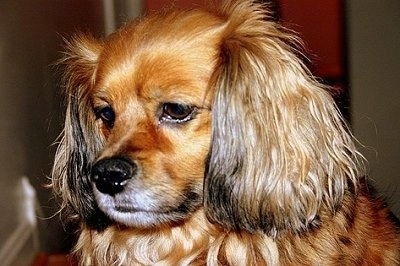 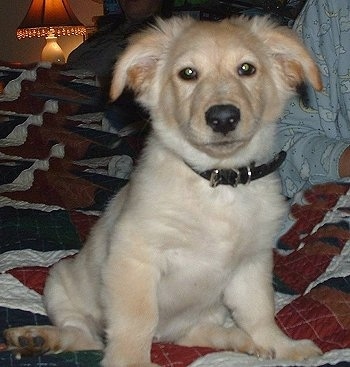 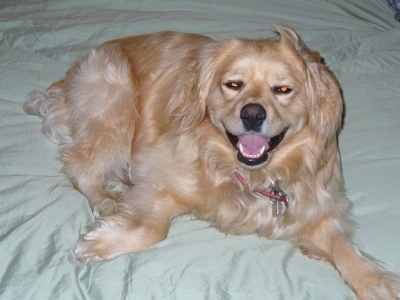 Jester the Cockeranian at 2 years old laying on the bed