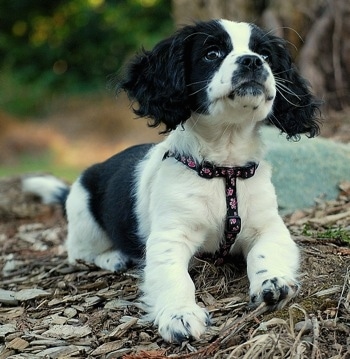 "This is Luna, our Cockinese at 3 months old. She is half Pekingese and half Cocker Spaniel. She gets taken on 1-2 walks a day and gets played with constantly. This takes care of all of her exercise. Out of her litter she was the only puppy that turned out 2 different colors. Her brothers and sisters were all black or chocolate. She is always wanting to play and has proved difficult to housebreak."

The Cockinese is not a purebred dog. It is a cross between the Pekingese and the Cocker Spaniel. The best way to determine the temperament of a mixed breed is to look up all breeds in the cross and know you can get any combination of any of the characteristics found in either breed. Not all of these designer hybrid dogs being bred are 50% purebred to 50% purebred. It is very common for breeders to breed multi-generation crosses. 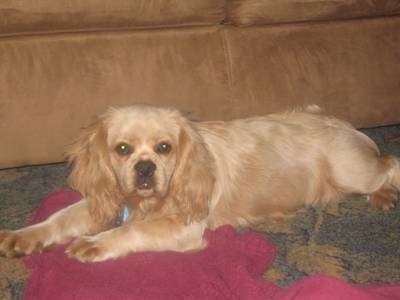 "This is our Reagan, our Cockinese puppy at 5 months…before his first haircut. He didn’t shed a lot, but because of his adventurous personality, he would get pine sap and anything else sticky stuck on his fur while playing outside. Speaking of being outside, he loves to be out, loves to run, but hates to be alone. If he is outside alone he will sit outside the door and bark until I bring him inside. As long as his sister Lady is out with him, he is fine to play outside for hours.

"We have 4 pets total, Reagan being our youngest. We watch Cesar very often and implement his techniques with our dogs (and cats)...our cats come when called, sit and wait for their food and enter or leave rooms upon demand. Our dogs also know the difference between fast and slow, they wait for their food calmly, and know the names of all the rooms in the house and will go to them when requested. They also submit, sit, shake, come, lay, speak and jump upon demand. With four pets and 2 children, our house is still a peaceful home, and I believe it is because the animals feel that they are an important part of the pack, without having to take responsibility of the pack as the leader.

"We had never heard of the Cockinese mix before purchasing this puppy, but have found him to be such a good-natured, loving dog. He has an attitude sometimes, but he is never mean, just disobedient (as all puppies are). He is such a wonderful addition to our family. He is currently 22 lbs. and still growing." 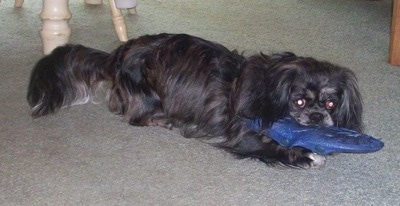 "This is my dog Zeke just before he turned one year old. He is a Cockinese, his father being a purebred Cocker Spaniel, and mother being a purebred Pekingese. Zeke is a very good dog, his temperament is wonderful. He may be small but he would make a good guard dog. Outside on the leash he barks at somebody close to the house but stops when he is told it’s enough. He loves to play with toys, fetch, tug-of-war, but he will also jump on your lap and sit, or cuddle up next to you and sleep. Zeke plays in the yard every day and gets taken on at least five walks. The only problem we have had is that he loves to chew on things but he has progressed a lot and he knows that his toys are what are to be chewed on. Having added him to a household with two cats who aren't used to him, they have gotten along fairly well. Zeke knows to leave the oldest cat alone, but the younger cat who is about 2 years old loves to play with Zeke and I even find them snuggling at times. He knows how to sit, lie down, shake, high five, and speak. Since it is summertime I've noticed that Zeke is very amused by ice cubes. He loves to slide around and chase them until they melt. Zeke, being the first dog added to the family, has been the greatest. My dad was iffy about the idea but has grown to love him. I'm a teenager and my life can be busy but I'm an animal lover and have wanted a dog since I can remember, and I don't think I could ask for a better one." 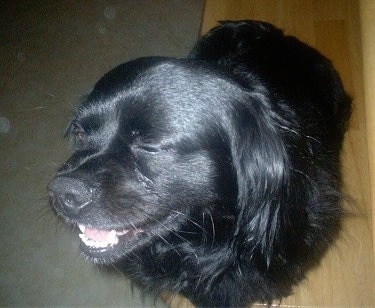 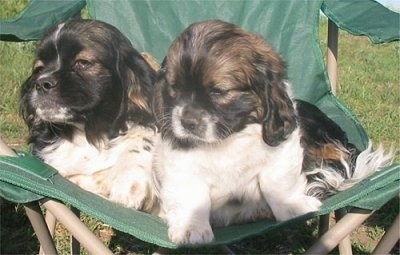 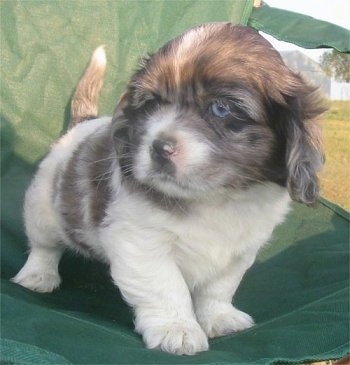 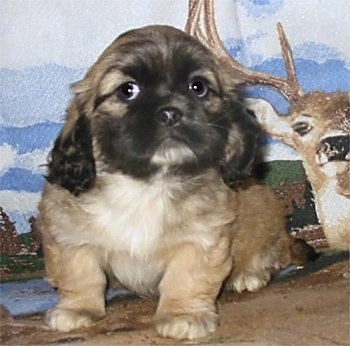 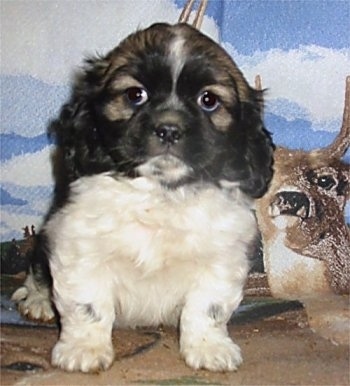 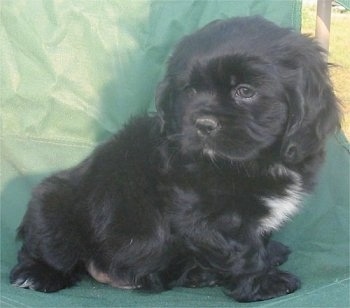 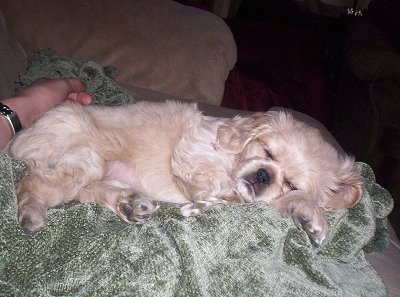 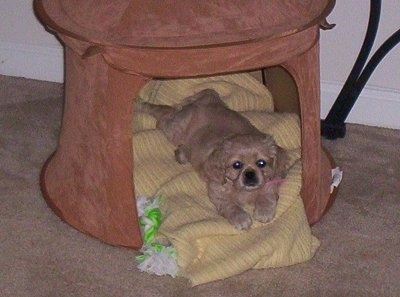 See more examples of the Cockinese