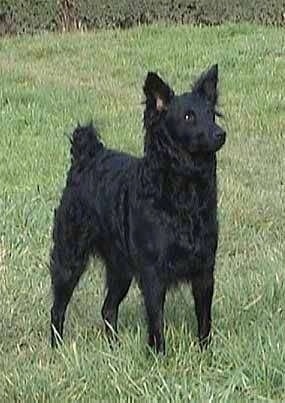 This breed is of lower medium height and the base color is always black, although there may be very small patches of white on its chest and/or toes. A characteristic is the short hairs on its somewhat fox-like head and legs. The remainder of the coat is longer, wavy or curly. The hair is soft to the touch. The height at the withers in both sexes is between 16 to 21 inches and the length exceeds the height by approximately 10%. Nowadays, some dogs are even taller; that is probably due to better nutrition and an easier life—they grow to their full genetic potential. Traditionally the tail is docked very short but, if undocked, it is more or less curled over the dog’s back.

The Croatian Sheepdog is an alert, agile, keen and intelligent dog with enormous energy and a strong need for human leadership. It is healthy, resistant to disease and inexpensive to keep. It possesses a well-developed herding instinct and is an excellent watchdog. An instinctive herder, it is wary of strangers. If socialized early, however, it responds well to obedience training. As a pet without early obedience training and exercise to occupy its athletic body and excellent mind, it can become very noisy, even destructive.

The Croatian Sheepdog will dog okay in an apartment as long as it gets enough exercise. It is a virtually weatherproof canine with a comparably adaptable disposition.

Needs a lot of exercise, which includes a daily walk, where the dog is made to heel beside or behind the person holding the lead, as in a dog's mind, the leader leads the way and that leader needs to be the humans. It is a very good breed for all dog sports.

This breed is easy to groom. An occasional combing and brushing to remove dead hair is all it needs. This breed is an average shedder.

This is a native Croatian breed and descends from dogs the Croats brought with them from their original native land into the region they occupy today and which has been continually bred in Croatia, mostly in the fertile plains of Slavonia, from those days onward. According to written documents, the appearance of this breed has not changed greatly from the 14th century to the present day. Probably because it possesses an excellent hereditary instinct for working sheep and cattle; selection on the basis of usability was being carried out spontaneously, which has resulted also in the balance of its look. The earliest written document about Croatian Sheepdogs, named “Canis pastoralis croaticus,” found in the archives of diocese of Djakovo by "father of the breed," veterinarian Prof. Dr. Stjepan Romic, is from 1374. In this document, Petar, Bishop of Djakovo, says, "the dog is about 18 inches high, with medium long black curly coat, the hair on the head is short, ears are pricked or semi-pricked and it is very good for keeping flocks of all farm animals." He also mentions that the Croats brought the dog with them while migrating from their original native land to Croatia in the 7th century. Romic also found in archive of Djakovo's diocese important information from years 1719, 1737, 1742 and 1752. In all of these documents the description of the Croatian Sheepdog matches entirely its appearance today and in all of them the dog is named Canis pastoralis croaticus or Croatian Sheepdog. A systematic selection breeding program was started by the same Prof. Romic in 1935 with dogs in the territory of Djakovo. After 34 years of work, the breed was finally recognized by FCI in 1969. 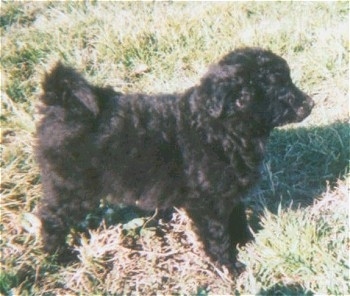 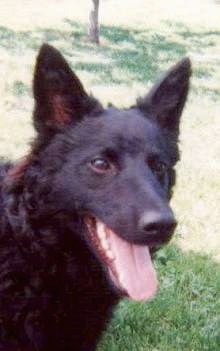 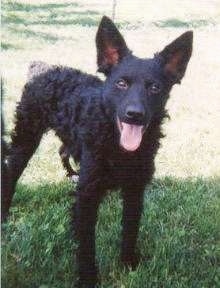 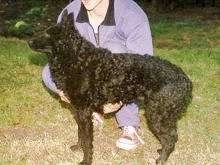 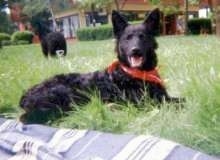 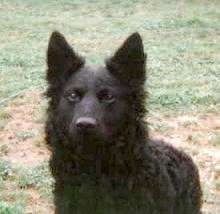 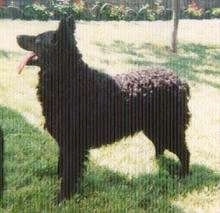 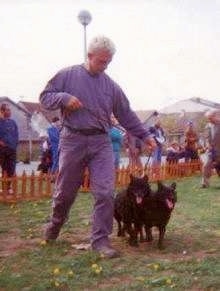 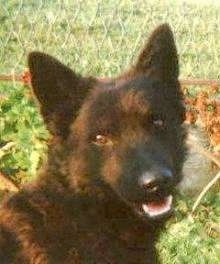