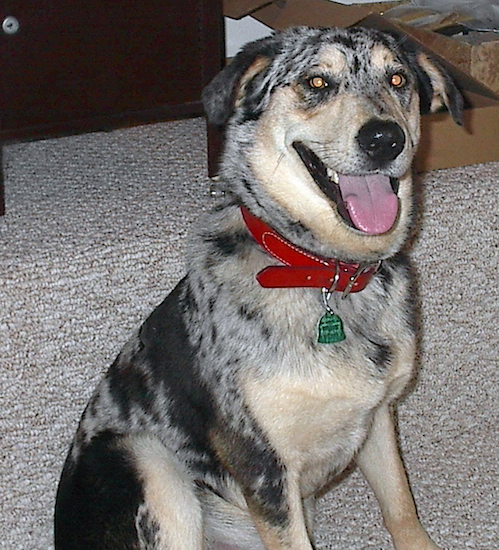 Beaux the English Shepherd / Catahoula Leopard Dog mix breed dog"Beaux is a wonderful friend. He loves everything and everybody, but has become somewhat protective around the house just in the last year or so. I swear he understands everythig I say to him. If, for some reason, we don't get our four mile walk in daily, he pouts and stares at me until we either go or I tell him we're not going. Then he gets in his bed, turns toward the wall and refuses to look at me. He's by far the best dog I've ever had and I really think the sweetest animal I've ever known."

The English Catahoula Shepherd is not a purebred dog. It is a cross between the English Shepherd and the Louisiana Catahoula Leopard Dog. The best way to determine the temperament of a mixed breed is to look up all breeds in the cross and know you can get any combination of any of the characteristics found in either breed. Not all of these designer hybrid dogs being bred are 50% purebred to 50% purebred. It is very common for breeders to breed multi-generation crosses. 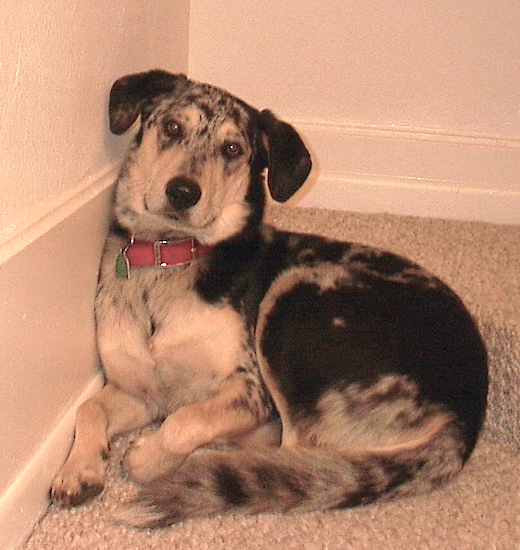