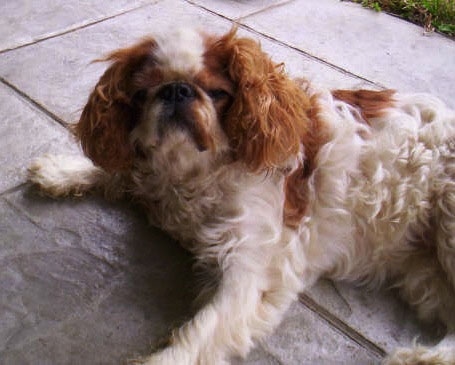 The English Toy Spaniel is a small, square-shaped spaniel. The round head is large in proportion to the dog. The muzzle is very short, with a pushed back nose and extra skin under the eyes. The stop is deep and well-defined. The black nose is large with wide nostrils. The square jaw is large and deep with a slight underbite. The large eyes are dark brown or black with black eye rims. The ears are very long, hanging close to the head with heavy feathering. The ears should not have a lot of white on them. The tail is either a natural screw, or is docked to about 2 to 4 inches (5-10 cm) in length. Note: docking tails is illegal in most parts of Europe. The long coat is straight or slightly wavy with longer feathering on the ears, body, chest, front and back legs, and feet. Coat colors come in Blenheim (white with red markings), Prince Charles (tricolor, white with black and tan markings), King Charles (black and tan), Ruby (rich mahogany red, sometimes with a few white hairs or small white patch on the chest).

The English Toy Spaniel is gentle, happy, playful, loving and sweet. The breed is intelligent and naturally well-behaved. These dogs will be quiet and laid-back if treated gently, but firmly. They are friendly with other dogs. They will be good with all children if both owners and children are clear pack leaders toward the dog. It is an average barker, and is an okay watchdog. They are, however, considered exclusively a companion dog. Some are known to be picky eaters. The English Toy Spaniel needs to be with people who can provide them with a determined, consistent, loving approach. Do not allow this sweet dog to develop Small Dog Syndrome, human induced behaviors where the dog is led to believe they rule the home. This can cause a wide, varying degree of behavior issues including, but not limited to, acting timid, demanding, willfulness and possible obsessive barking. If you allow things to escalate even higher they may begin to guard objects and/or become untrustworthy with children and/or strange adults.

Some bloodlines are prone to respiratory problems, heart disease (MVD), slipped stifle, eye problems and ear infections. Keep the eyes and ears clean to avoid infection. Like many other short-faced breeds, the English Toy Spaniel may wheeze and snore and have trouble breathing in hot weather if it overexerts itself, because of its very short muzzle.

They are good for apartment life, relatively inactive indoors, and will do okay without a yard if they are sufficiently exercised. English Toy Spaniels do not do well in temperature extremes.

This breed needs a daily walk where the dog is made to heel beside or behind the human. Never in front, as in a dog's mind the leader leads the way, and that leader needs to be the humans and not the dog. Play will take care of a lot of their exercise needs, however, as with all breeds, play will not fulfill their primal instinct to walk. Dogs that do not get to go on daily walks are more likely to display a wide array of behavior problems. They will also enjoy a good romp in a safe open area off-lead, such as a large, fenced-in yard. Don't think that just because he is small he should be confined to a small space.

They are average shedders. No trimming or stripping is needed. Regular brushing will do.

In the late 1600s the King Charles Spaniels were interbred with Pugs, which resulted in a smaller dog with flatter noses, upturned faces, rounded heads and protruding eyes. The consequence of this breeding is what we know today as the King Charles Spaniel (English Toy Spaniel). It was developed in the British Isles and was a favorite of British Royalty. The breed was recognized by the AKC in 1886. 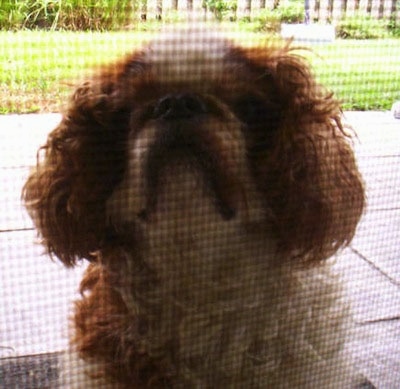 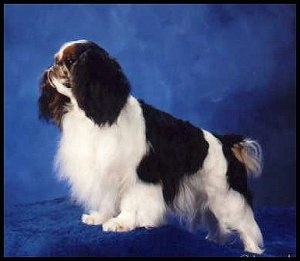 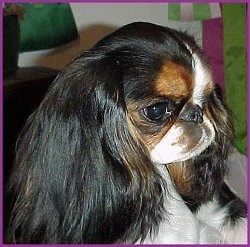 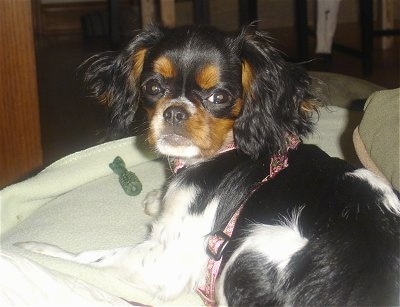 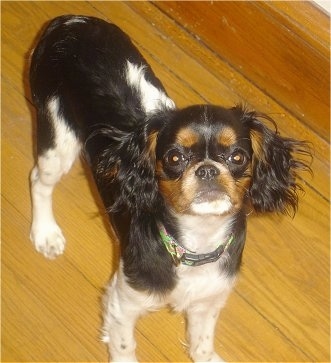 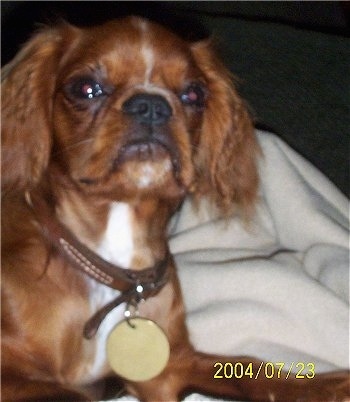 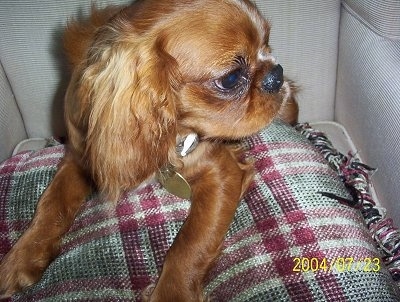