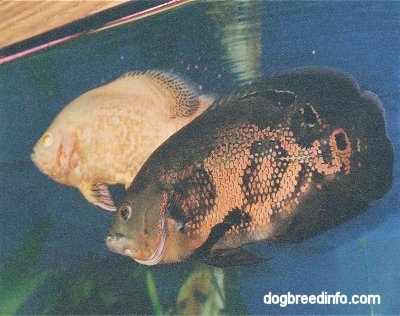 30-gallon when small, but upgrades must be done quickly. The bigger the tank, the better; 75 gallons is necessary to keep a single adult specimen.

Middle, but will swim to all levels.

They are messy with very large waste and need frequent water changes.

Territorial, especially when paired up for breeding. Reputation to be aggressive, but are less aggressive than most other cichlids, and are actually pretty peaceful if paired up with other relatively robust species. Can live in small groups. Smart, messy, will up-root plants, learn to recognize their owners and learn when it's feeding time. Will sometimes swim to your hand if you put it into the tank. Have been known to let you know when they are hungry by putting on a performance, swimming to the surface of the water, opening and closing their mouths. Need some stimulation or they may become bored and stressed, becoming more susceptible to illness. Their tanks should not be barren. They like to play with heaters, snails and Ping-Pong balls. Like to dig in the gravel. They will most enjoy being in a room where they can see you often. They like to watch their owners. Love to eat, can be taught small tricks.

Can be kept by itself or with other cichlids of the same size. Said to do best with other oscars, but people do keep them with some types of barbs, Synodontis catfish (known as upside-down cats and squeaker catfish), clown or tiger loaches, and sharks. Also pacu, silver dollar, annostomus, large arowana, wolf fish and Polypterus of similar size. Will eat smaller fish.

Tank must have a lid so they do not jump out. Lower light, as they like to eat at the surface of the tank. Will tear up live plants. Rock formations are a must, as these fish are intelligent and must be given the opportunity to rearrange their surroundings.

Carnivorous—not picky. Likes to eat live smaller fish. They do well on live food such as feeder fish, worms, crickets and brine shrimp (only as a treat, as brine shrimp has very little nutritional value). They will accept a variety of foods such as cichlid flakes, cichlid pellets, frozen foods and krill. Food formulated for cichlids must be a staple part of their diet because of the nutritional value. Feeders and insects do not often contain enough nutrition to keep an oscar healthy. Care must always be taken when using feeder fish, as they are often poorly fed and can carry diseases.

Minimum of 55-gallon tank. Breeding pair form a strong bond after numerous "trials of strength." They then become loyal to one another. Broods of around 1000 eggs are laid on a pre-cleaned site, such as a slate. Parents protect their young together. Usually good parents.

Oscars are the kind of fish people call "true pets"—personable, active and very intelligent. They enjoy activities and will actively seek out their owners. As they get large quickly and live for a long time, anyone who owns one must be willing to keep it for the duration, as large fish are often euthanized at pet stores because they are too large for the average enthusiast and therefore difficult to sell. 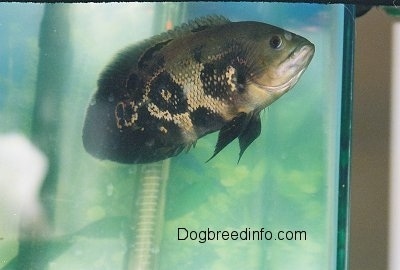 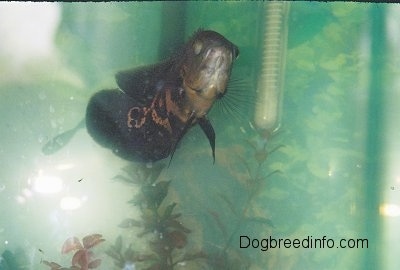 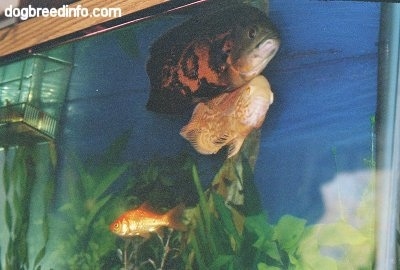 In the wild, oscars eat live food and will very much enjoy being fed live food in their tank. Be careful where you get your feeder fish from. The common goldfish or guppies traditionally sold at fish shops are undernourished, making them less nutritional for the oscar. If you are going to feed your oscars feeder fish, keep them in a separate tank for a while to make sure they are disease-free and feed them nutritious food so those nutrients can get passed on to your oscar. Pellets can also be fed to oscars. The more common choices of live food are krill, prawn, shrimp, small fish, crickets, all sorts of worms and crayfish. 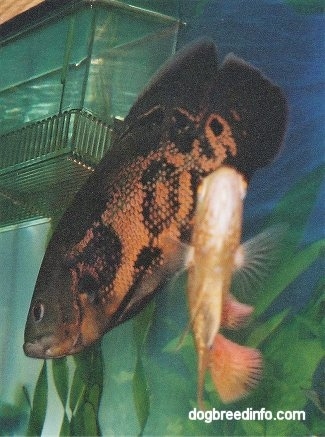 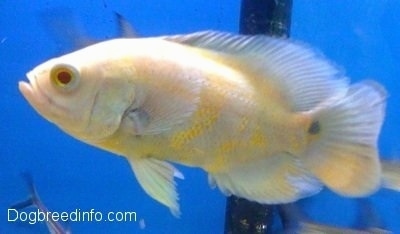 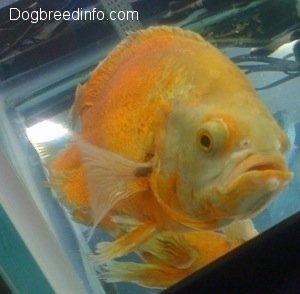 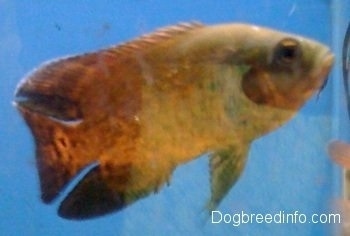 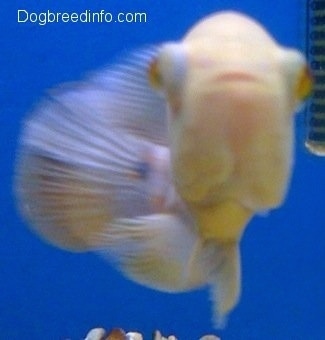 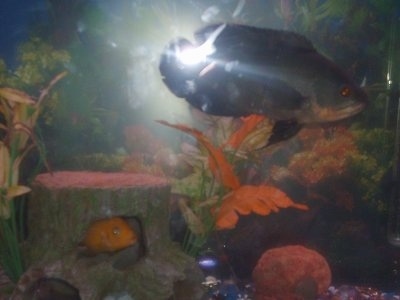 A tiger oscar and an orange cichlid in the wood