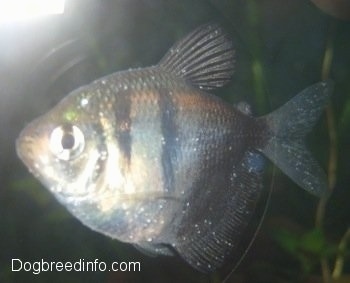 The name Ichthyophthirius multifiliis translates to "fish louse with many children" and is given the nickname Ich, Ick or White Spot Disease.

Ich is a major problem for both hobbyist and commercial aquarists worldwide. It is a highly contagious disease that spreads rapidly from one fish to another. Ich is a live organism that looks like a while dot, similar to a grain of salt. It usually shows up on the fins and tails then spreads to the rest of the body. At first, the dots will be flat on the fish’s skin, but will rise in the later stages. It is equivalent to a skin infection, which is very dangerous for fish. One spot can multiply into hundreds of new parasites. The organism can only survive on live fish, and cannot survive if live fish are not present. It must be treated right away, or it can cause all of your fish to die in a short period of time. 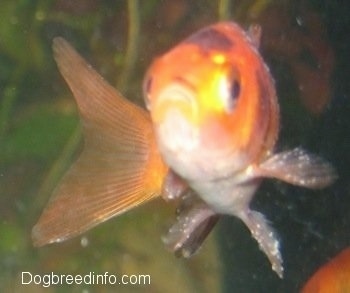 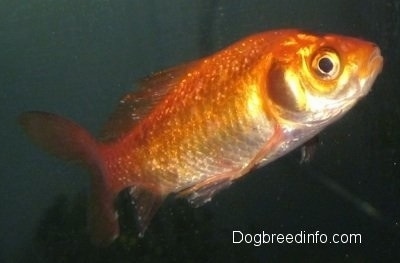 In the beginning stages, it is sometimes hard to spot, with only one or two dots on a fish. However, it will soon spread... 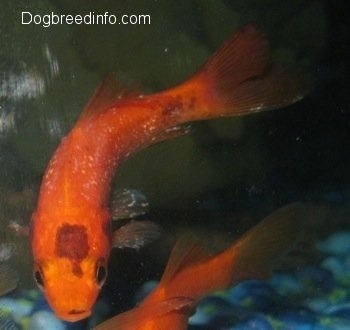 The adult Ich parasite burrows into the skin of the fish, making it itch similar to the way a mosquito bite would itch in humans. It feeds on blood and dead epithelial cells. The skin swells, which causes the white spots to appear.

After the Ich parasite has fed on a fish for a few days, it develops into what is called a "trophozoite" and falls off of the fish, sinking to the bottom of the tank. The trophozoite is a soft jellylike substance. It is inside that jellylike protective membrane that hundreds of parasite babies called tomites are formed. These tomites soon swim freely around the tank looking for a new host fish.

It is during this free-swim stage the parasite is vulnerable to medications that you need to add to the tank to kill it. Once the Ich attaches to a fish, the medications will not kill it. 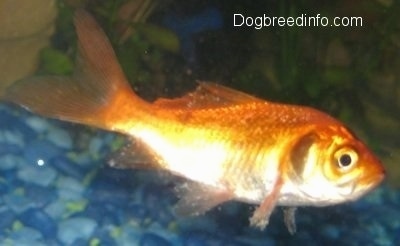 A goldfish with ich

You must buy Ich treatment at your local pet store and add it to your tank according to the directions on the bottle. Some recommend cutting dosages in half when treating scale-less catfish and tetras. The different treatments available contain methylene blue, malachite green, quinine hydrochloride, or mepracrine hydrochloride.

The cycle takes about 14 days, but will be shorter if your tank temperatures are higher. It will be longer with colder temps. Raise the water temperature of your tank to the highest temperature your fish can handle. This will shorten the cycle, killing the Ich faster.

Remove the carbon from your filter as it will remove the treatment.

Do water changes between each treatment.

Continue to treat your tank about 4 days after you no longer see white spots on your fish. 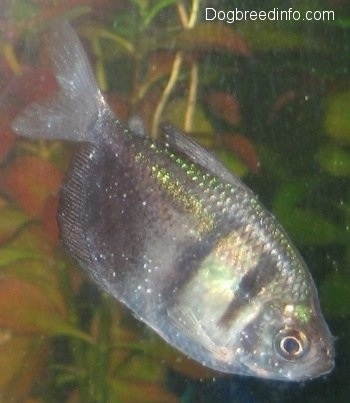 A Black Tetra with Ick

Treat plants before adding them to your tank. Plants can carry the parasite Ich cysts.

Avoid temperature fluctuations in your tank.

It is common for Ich to be present, but under control in a tank. Goldfish are often carriers of Ich, where it is present to a small degree. Healthy fish can usually keep Ich under control. It comes out under poor water conditions, overcrowding or poor nutrition. These things stress fish, and the stressed fish can no longer handle the parasite. The parasite population will explode and infect all the fish in your tank. Tanks with goldfish are more susceptible to Ich.

Figure out what went wrong in your tank. Check your pH and your chlorine levels. Test to see if there is ammonia and/or nitrite in the water. Have you been monitoring your water temperature? What are you feeding your fish? Are you overfeeding them, underfeeding them? Is your tank overcrowded? Did you recently add new fish or new plants? 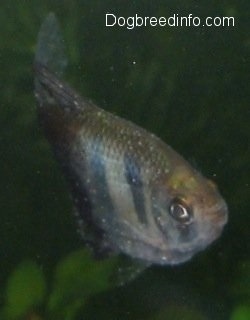 A Black Tetra with Ick