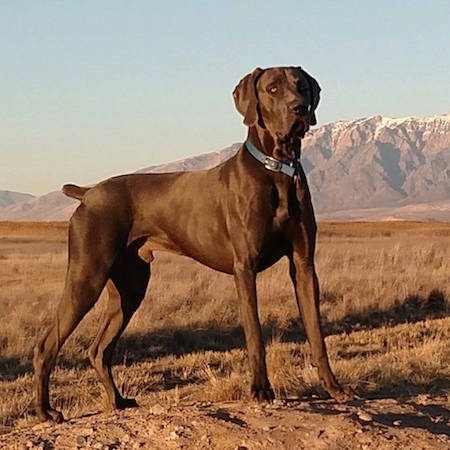 Kahn the Great Weimar at 1 year old—"Kahn is an amazing dog, quite the athlete and we can't wait until he is old enough to compete in agility, probably obedience and tracking too. We'll just have to see which he enjoys. Right now he enjoys all his training. He has boundless energy and is so powerful and agile. He is all muscle and is very intelligent as well. Makes him a bit hardheaded at times especially now that he has hit his "teenager stage" but he learns so quickly. He loves training of all kinds and is just so much fun. We love him so much."

The Great Weimar is not a purebred dog. It is a cross between the Great Dane and the Weimaraner. The best way to determine the temperament of a mixed breed is to look up all breeds in the cross and know you can get any combination of any of the characteristics found in either breed. Not all of these designer hybrid dogs being bred are 50% purebred to 50% purebred. It is very common for breeders to breed multi-generation crosses. 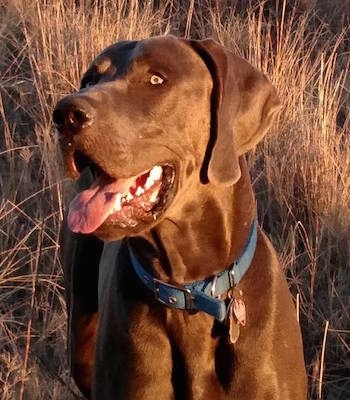 Kahn the Great Weimar at 1 year old—"Here's to the best friend a girl could ask for. In the past year she has gained 85 pounds, dug a million holes in the yard, and eaten the hose, the stairs, our couch, and all of my pairs of earmuffs. But I couldn't be happier to always have her by my side (or on my lap)." 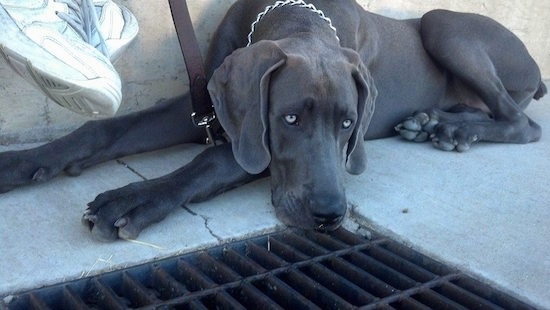 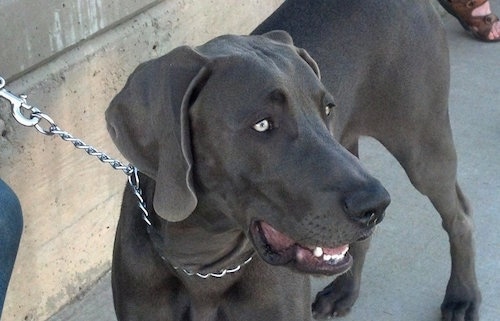 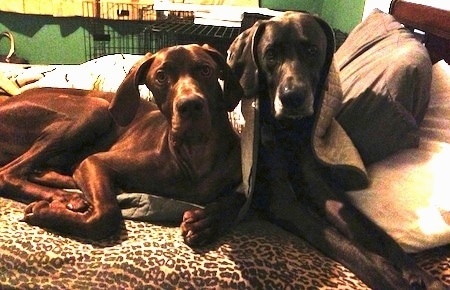 Sweet Tucker Brown the brown Great Weimar at 1 year old and Alexander the Great the gray Great Weimar at 3 years old—"Both of my guys have the same Weimaraner mom, but different Dane sires. Xander's dad was a black, 162 lb Great Dane. Sweet Brown's dad was a brown 100 lb Dane. They both got the "Velcro" traits from the weim line, but the lazy personality from the Dane line. They are the most perfect mixes I could ever wish for." 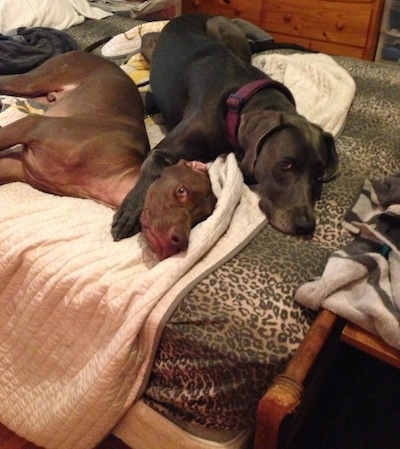 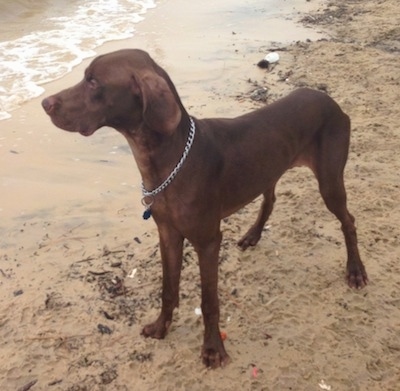 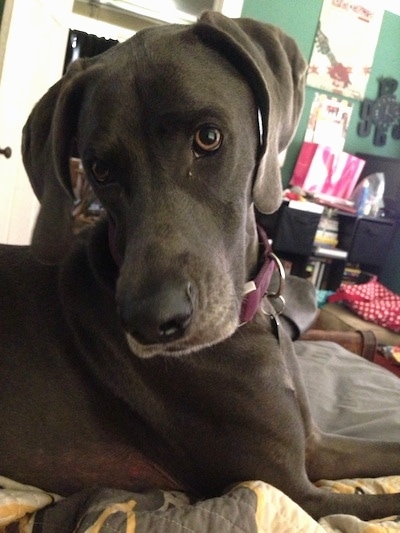 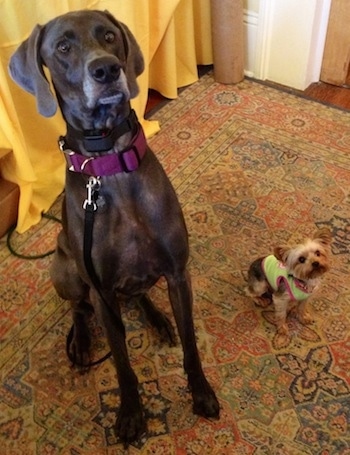 Alexander the Great the Great Weimar at 3 years old with his Yorkie friend.