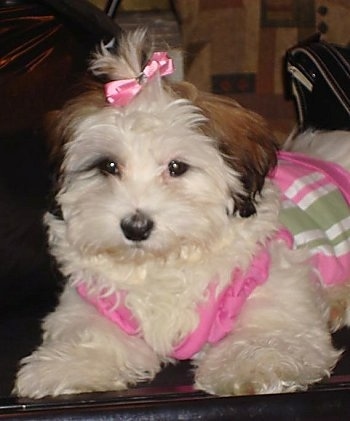 "Her latest adventure was when she ate a 6-inch snake whole. Yes, a SNAKE. She sucked it down like spaghetti. We tried to pull it out by the tail to no avail. She was just determined to eat that snake. After a trip to the puppy ER, the snake came back up, and the vet was as shocked as everyone that she ate it but there it was. It's hard to believe this little princess puppy would be a snake eater!"

The Hava-Apso is not a purebred dog. It is a cross between the Havanese and the Lhasa Apso. The best way to determine the temperament of a mixed breed is to look up all breeds in the cross and know you can get any combination of any of the characteristics found in either breed. Not all of these designer hybrid dogs being bred are 50% purebred to 50% purebred. It is very common for breeders to breed multi-generation crosses. 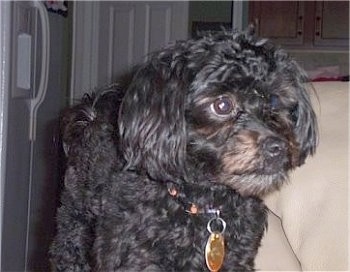 Molly the F1b Hava-Apso hybrid at 1 year old—"Her mom is ½ Havanese ½ Lhasa Apso and her dad is full Havanese." 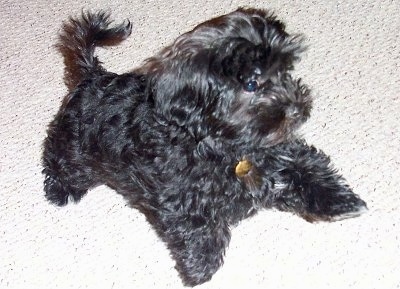 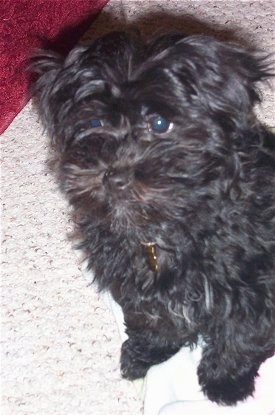 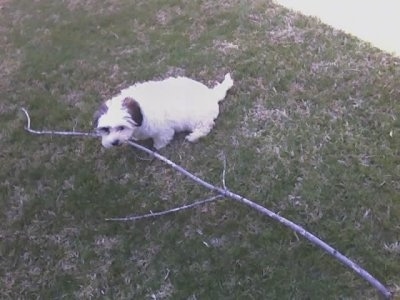 "This is Lola Jean, my 3-month-old ½ Havanese ½ Lhasa Apso snake-eatin' princess puppy. Everything she does is crazy and extraordinary! She weighs 7 pounds. As you can see in the photo she loves sticks, but REFUSES to choose one her size! She dragged this tree limb/stick around the yard for an hour and then her little heart was broken when she wanted to bring it in the house, but it would not fit through the doorway. 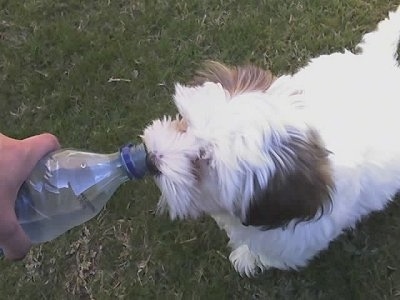 "After she plays with her sticks she loves to drink right out of the water bottle, and then naps. 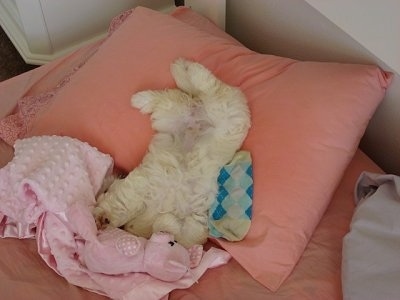