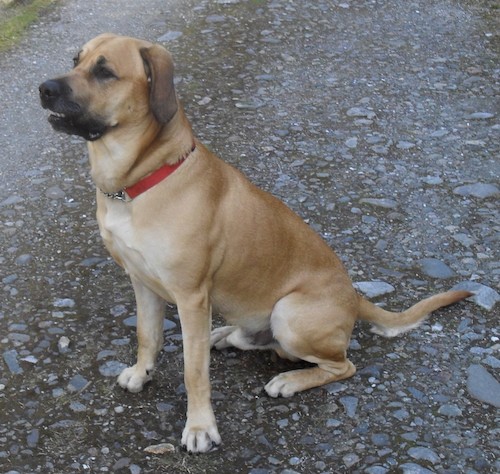 "Brandy is a 2-year-old Rhodesian Ridgeback / Golden Retriever cross. He loves to laze about on his couch but also enjoys his 3 walks per day. Just discovered squirrels run up trees and spends his morning trying to spy some. He is very friendly and loves attention. He also gets on very well with our cat Ginger."