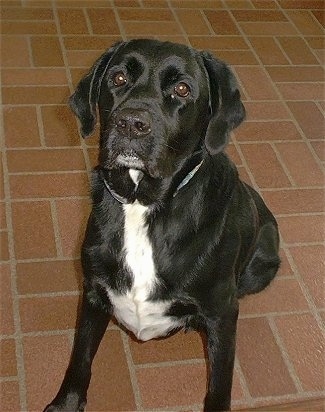 The Labradinger is not a purebred dog. It is a cross between the English Springer Spaniel and the Labrador Retriever. The best way to determine the temperament of a mixed breed is to look up all breeds in the cross and know you can get any combination of any of the characteristics found in either breed. Not all of these designer hybrid dogs being bred are 50% purebred to 50% purebred. It is very common for breeders to breed multi-generation crosses. 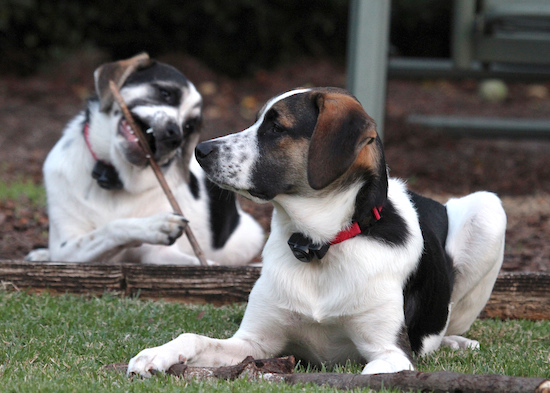 Jack and Chloe the Labradinger puppies at 7 months old (English Springer Spaniel / Labrador Retriever mix)—"Jack and Chloe are great dogs who love to run and are easy to train. At 7 months they have pretty much stopped growing and are holding steady at 55 and 61 pounds. They are happy and friendly with all other dogs and people!" 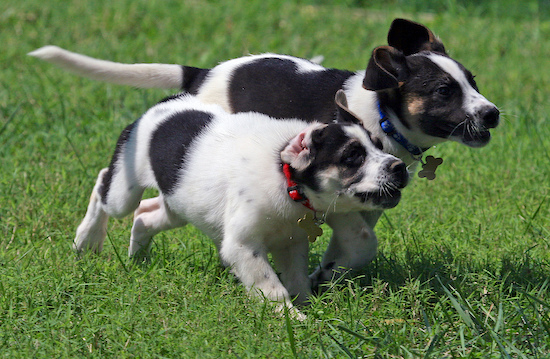 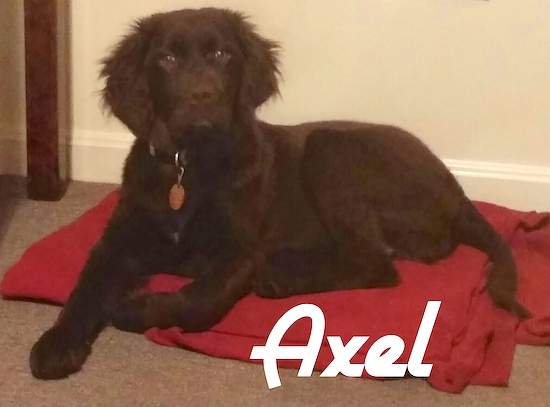 "Axel is my Labradinger shown here as a 4 month old puppy. He is extremely smart. He loves to retrieve and isvery loving." 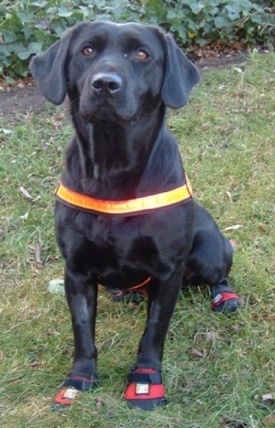 "Ellie, my six-year-old Springador (UK’s choice) or Labradinger (US choice) is in her ‘working’ gear in one picture as she works with me as a Fire Investigation Dog; we search fire scenes to ascertain the cause of the fire. If someone has used a flammable liquid (like petrol) to start the fire Ellie will show me exactly where it is." 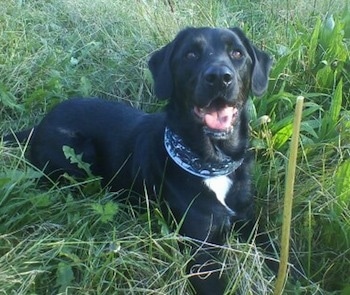 Fluke the Labradinger at 2 years old—"Fluke is full of energy and has a very gentle nature. She loves chasing anything that moves, hiding in long grass and playing with her friends at doggy daycare." 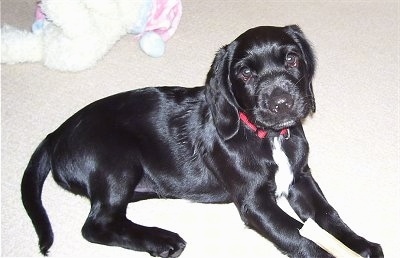 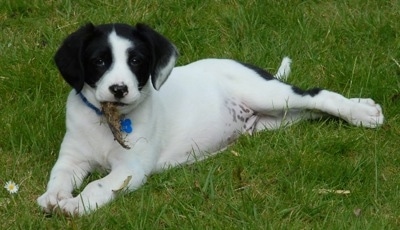 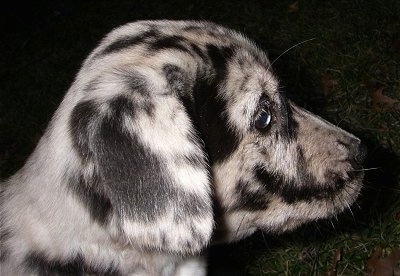 Princess the chocolate Labrador / Springer Spaniel mix (Labradinger) puppy at 3 months old—"Her siblings looked more like chocolate Labs. One had a white spot on his chest. Another was darker brown/black with brown markings on her face. Our “Princess” was the only spotted one. Her mother was the Springer Spaniel and she only had a small area of spots and was mostly black. So far, Princess has a great personality and is calm but playful especially in the morning. She taught herself to retrieve items at 2 ½ mos. She does love to chew on things. She also has one brown eye and one blue eye." 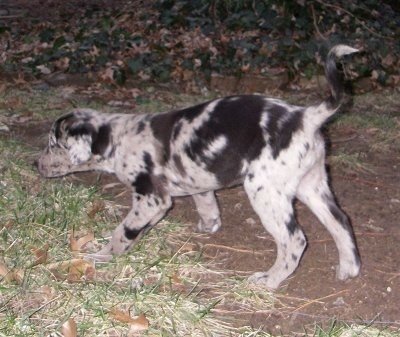 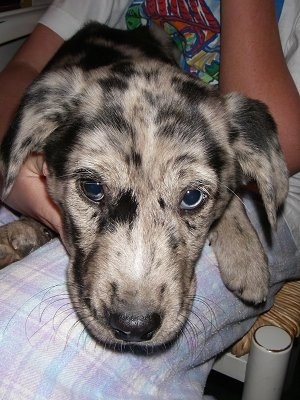 See more examples of the Labradinger