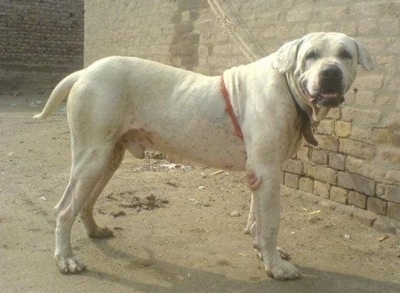 The Gull Dong (Pakistani Bull Dog) is a very muscular and powerful breed. It is strongly built with a deep chest and a massive skull. Its short, smooth, flat coat comes in variations of white, black, gray and brindle. Gull Dongs are usually taller than other Pakistani Molosser breeds such as the Gull Terrier and PBK. In Western countries, the Gull Dong (Pakistani Bull Dog) is often mistaken as the PBK aka Bully Kutta. This breed resembles the American Pitbull Terrier in appearance.

The Pakistani Bull Dog is a very loving and loyal dog that tends to be on the dominant side and needs a firm owner who understands dog behavior. Without one, this breed may become hard to control, dog aggressive and wary of strangers. They need to be around people and know their place in their pack to be truly happy. They make good working dogs, serious about the jobs they are given and adjusting well to their environment and job at hand. Good watch and guard dogs. Training and socialization should start at an early age. Very loyal to their family, they will protect them if the need arises. They are extremely alert and agile. Known for their bear hunting skills, one adult Dong can easily challenge a bear. A minimum of training, along with the proper amount of exercise and a firm pack leader, will produce a tranquil, obedient dog. Socialize very thoroughly when young to combat aggressive tendencies and be sure to keep the dog under control when other dogs are present. Teach this dog respect for humans by not allowing it to jump up and not allowing it to enter doorways first. The humans must make the dog heel beside or behind them when walking. It has given outstanding results as a guardian of property, but at the same time can make a great companion dog. The objective in training this dog is to achieve pack leader status. It is a natural instinct for a dog to have an order in its pack. When we humans live with dogs, we become their pack. The entire pack cooperates under a single leader. Lines are clearly defined and rules are set. You and all other humans MUST be higher up in the order than the dog. That is the only way your relationship can be a success. When properly trained and socialized, this is a very good dog and a great family companion.

This breed will do best with more space and makes good farm dogs where they can meet daily challenges. However, with enough exercise they can adapt to any type of environment.

This athletic dog needs a lot of daily exercise and will thrive with a job to do. They love strenuous activity, preferably combined with training of some kind, for these dogs are very intelligent and crave a good challenge. They need to be taken on a daily, brisk, long walk, jog or run alongside you when you bicycle. While out on the walk the dog must be made to heel beside or behind the person holding the lead, as in a dog's mind the leader leads the way, and that leader needs to be the human.

The short coat is easy to groom. Comb and brush with a firm bristle brush, and bathe only when necessary. This breed is an average shedder.

The Pakistani Bull Dog, called the Gull Dong or Bully Gull Terr in its homeland of Pakistan, was developed by crossing the purest and highest quality Gull Terriers (Pakistani Bull Terriers) and PBK (Pakistani Mastiffs). It possesses the size and power of a PBK and speed and agility of the Gull Terrier. In Pakistan it is often used for hunting, protection, bear baiting and dog fighting. 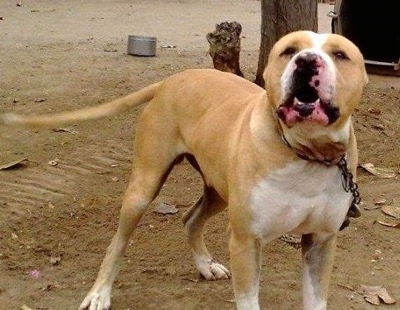 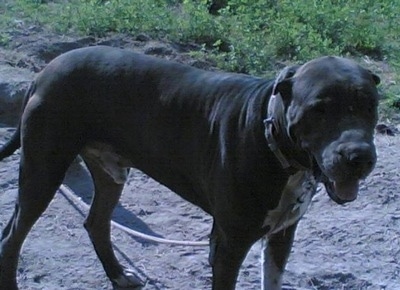 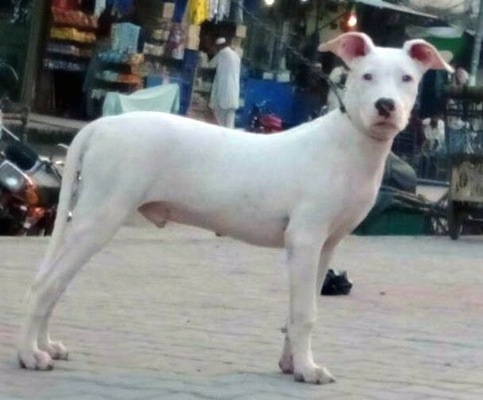 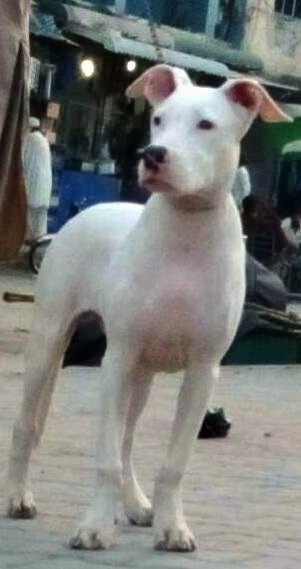 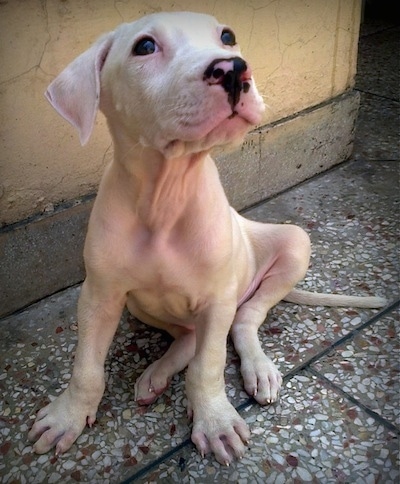 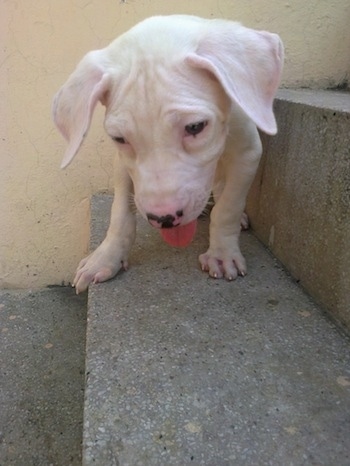 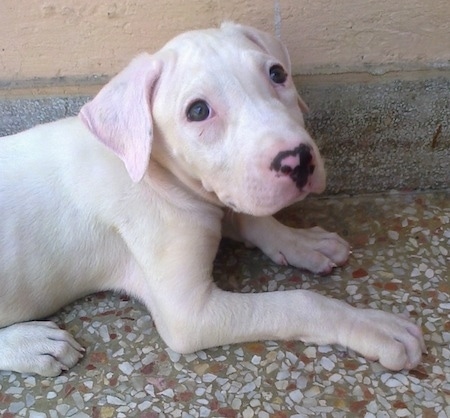 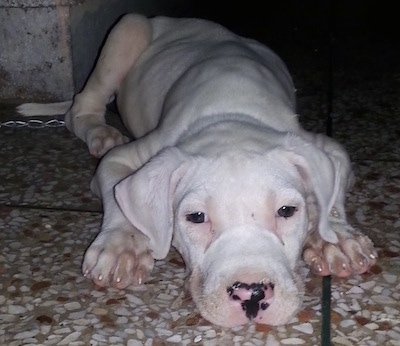 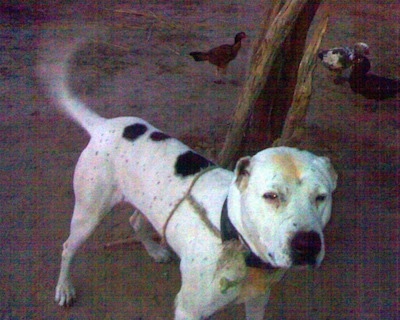 Moti (Pearl) the Gull Dong at about 2.5 years old, owned by Alamgeer Chattha from Matiyani (Chak no. 143 RB), near Chak Jhumra, Punjab, Pakistan