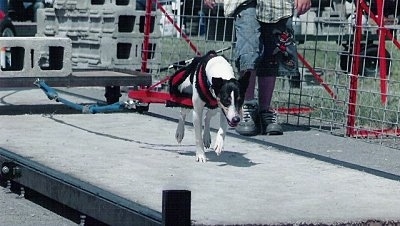 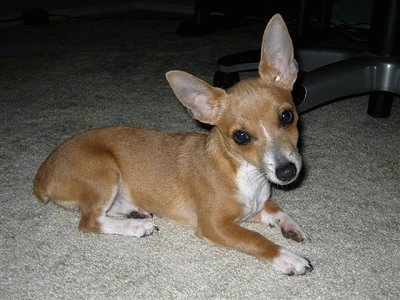 Buffy, a blue fawn Toy Rat Terrier laying down on the floor.

Maggie, a tricolor Toy Rat Terrier laying down on the floor. 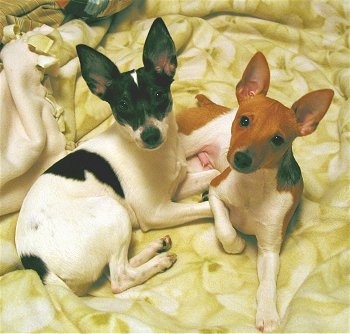 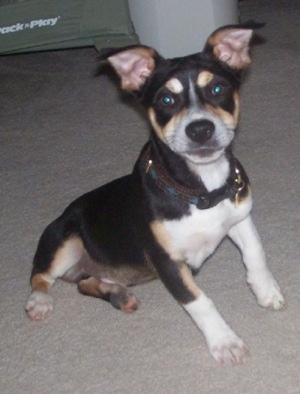 "This is Lucky, a Rat Terrier at around 2 years old. We have had him since he was 8 months old. He loves to play with other dogs, dog toys

and even with our cat. He is a great family pet." 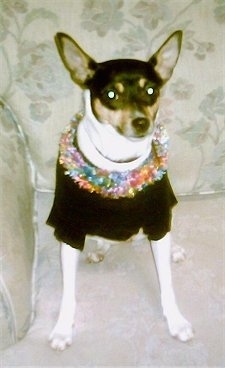 Casey the Rat Terrier at 2 years old—"We have had her only 2 days and she is already the light of our lives." 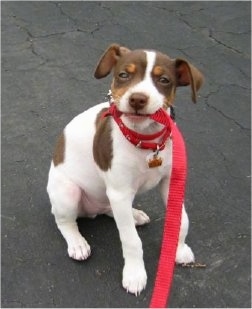 Sam is a chocolate tricolored Rat Terrier shown here at 2 months old. His owners say he is already trying to show them who's boss! :) 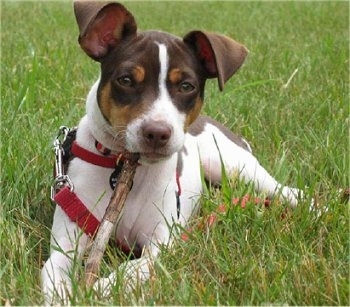 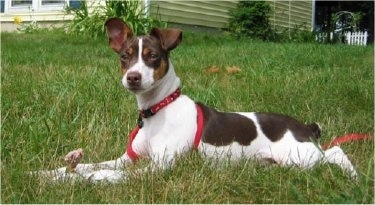 Sam the Rat Terrier as a puppy at 4 months—"Sam is battling his ear wars. Eventually both ears will stand up. He also has a natural bobtail." 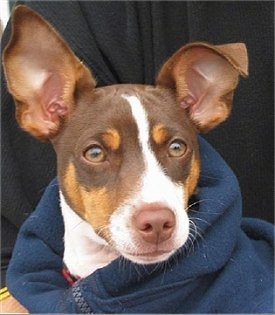 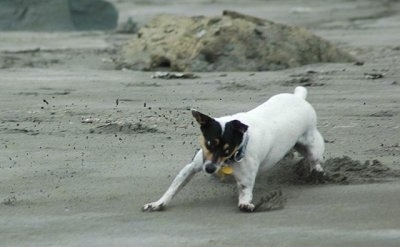 Bonnie the Rat Terrier—this was her first trip to the ocean, and she had a blast doing rat runs up and down the beach. This was a rat stop...