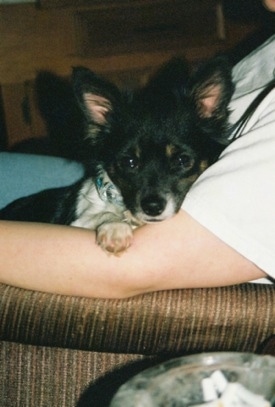 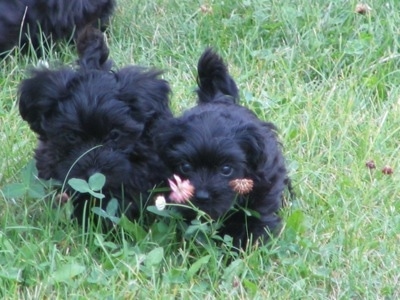 One of the biggest mistakes I see is the way people correct their dogs. Especially little dogs and puppies. Correcting a puppy the wrong way can create an unstable adult dog. Sometimes to the point of aggression. 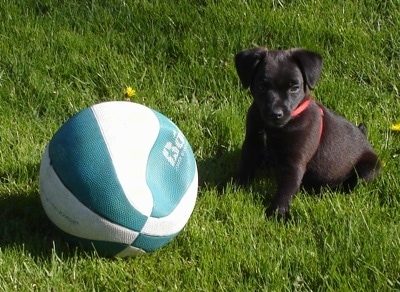 I witnessed a 3-month-old puppy growling at the other dogs at the dog park. The owner was making an attempt to correct her puppy. Puppy growled and the owner picked the pup up, swaddled the dog in her arms, patted the dog on the rear end, pointed at him and had a human conversation. "That was bad boy, don't do that anymore. You are so bad. I am going to put you down now and I want you to be a good dog. You hear me?" She spoke to the pup as if he was a 2-year-old human baby. She had a conversation in human words about how that was bad of the pup.

This was the wrong response on so many levels. Dogs do not understand human conversations. Nothing the owner said to the dog was understood by the dog. Giving affection to a dog that is in a dominating state of mind only intensifies the frame of mind the dog is in and tells the dog that you agree with the dog's mood. It is as if she said, "Good puppy for feeling dominant." Once the owner picked up the dog and removed it from the situation, she could no longer correct the behavior because the dog is not doing the behavior anymore. Dogs live in the moment and whatever the dog is doing at the moment of the correction is what the dog will believe you are referring to. I heard her say to someone, “Oh don't worry about him. He is so little he can't hurt anyone.” The puppy was a large breed dog. At the time the pup was the size of a Chihuahua, however in about 6 months the dog would be about 50 pounds and still growing. I also witnessed the pup jumping up on all of the humans, another behavior that appeared harmless from such a small dog, however it was actually a dominating gesture on the puppy's part. All of the other dogs at the dog park knew what the pup was saying, however the owner did not. This is a very common mistake owners of small breeds and puppies make: allowing the dog to engage in dominating behaviors, not seeing it as a problem because the dog is small and believed to not be able to hurt anyone (Small Dog Syndrome).

When the puppy growled at another dog the owner should have walked over to the puppy, leaned forward without picking the dog up and told him, "No." She should have blocked him from going after the other dog and poked him in the neck if need be to simulate a bite. The owner needs to speak firmly and feel very confident inside in order for the dog to takes her seriously. Fewer words, more body language. Timing is everything. You cannot correct the dog for a behavior if the dog has moved onto other things. If you wait until it intensifies into a full fight it will be very hard to break it up as a dog at that level of dominance is not focused on anything but the thing they are going after.

I also witnessed three dogs going after another dog that had just entered the park. Someone who is unfamiliar with dog behavior may have mistaken the dogs for playing, however their body language said otherwise and the new dog knew it. These three dogs surrounded the new dog from all sides. The new dog lay down, telling the dogs that were dominating her that she was not going to challenge them. This was a very good response for the new dog—submitting and not challenging them back. This behavior on the new dog’s part prevented a dog fight. The owner saw her dog lying down, walked over and yelled at the dog to get up and go play. I then heard her say that her dog gets scared at the dog park and sometimes does not want to play. Little did this owner know, she just told her dog that she did not agree with the dog's decision to not fight.

I often witness people at the vet’s office who have nervous, unsure, scared dogs or dogs that are barking or growling at other dogs. I see people reach down and pet their dogs trying to comfort them. When you do this you are actually telling your dog that you agree with its mood, intensifying how the dog is feeling. Learn more about this common mistake by reading The Human Dog.

Too often I hear owners say their dog's temperament and attitude changes after they bring their new baby home. The dog is reported to become protective of the baby, because the dog loves the baby. Some say their dogs become demanding for attention because they are jealous. Both of these assumptions on the reason for the dog's change in temperament are false. In actuality, the dog has either claimed and now believes it owns the baby, owns its owners and/or owns the home and is trying to control what is going on around it. Dogs need to be taught to give the baby space and respect, especially during feeding time. The baby needs to be seen as above the dog in the pack order. Read more in Bringing Home the New Human Baby. 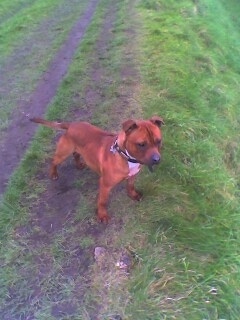 Treating a puppy like a baby instead of giving it structure and rules creates an unstable adult dog.

Picture your puppy as a full-sized dog, and do not allow the pup to do anything you are not going to want it to do as an adult.

When people walk their dogs in front of them while on a lead, or let a dog enter through a door or gateway first, they are communicating that the dog is in charge.

A dog running over to a human and jumping on or nipping at them is a dog that is being disrespectful and dominating. The dog is reminding the human that it is still in charge of things.

People who are upset at a dog and call the dog over to them for punishment are communicating to the dog that coming to them is bad. It is associating the act of coming with something negative. Read more in Run Away Dog.

Never correct your dog out of anger. Read more in Alpha Humans: What does it mean to be dominant? 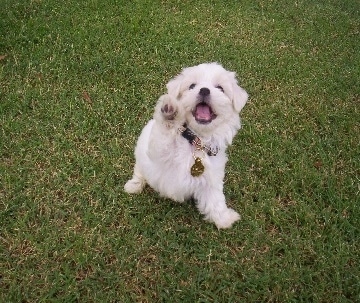 Do not laugh when you are correcting your dog, no matter how cute your dog is. It sends mixed signals and the dog will not take you seriously. 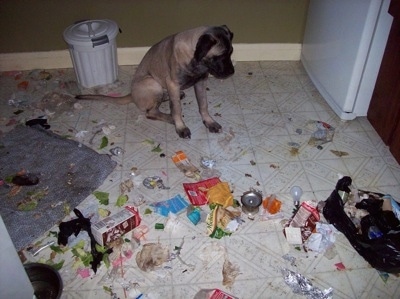 Do not use a dog's name when correcting a dog. It associates the name with something negative. 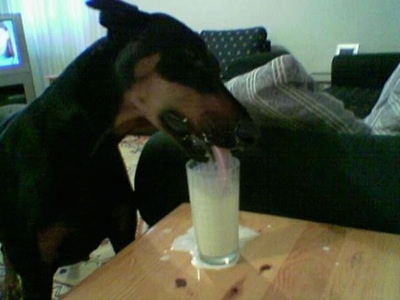 Corrections must be made at the moment the deed is being done or the second you realize the dog is thinking about it. Not after. Remember that whatever the dog is doing at the moment of correction is what the dog will think is bad.