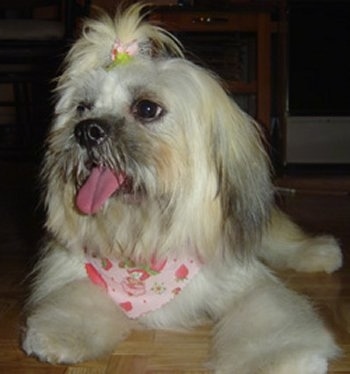 The Chacy Ranior has a soft, dense outer coat with an insulating undercoat. They come in a variety of colors that include: tan, liver, black and tan, liver and white, apricot, white, black brindle, and black and white. The eyes should be round with halos of black or dusk gray. The eyes are lined in black with out pink or white pigmentation. The eye color should be dark or smoky brown. The lips are black, fine and never drooping with a scissor bite. The tail is undocked and sickle shaped. The ears are dropped . The feet are round and tight (cat's paw). The Chacy Ranior is balanced with a wide chest and broad shoulders and vigorous with good reach in the forequarters and good hindquarter drive. They are athletic and have done very well in agility and obedience trials. Dogs with an under bite are considered a fault. Dogs with a cork screw tail are considered a fault.

The Chacy Ranior is fairly easy to obedience train. It is stable, outgoing, playful, alert, curious, very intelligent, devoted and attached to the family. Good with children, so long as all of the humans display leadership toward the dog. The Chacy Ranior does not tolerate physical abuse or heavy-handed training measures, but needs an owner who is calm, but firm, confident and consistent with the rules. They love to play and are quite active. Their bark is not as piercing as a Toy Poodle or Pomeranian. The Chacy Ranior is not a yapper in general but if it does start to bark at strangers and odd things, it needs to be corrected and told that it is an unwanted behavior. These dogs are very devoted to their families and enjoy human company. If you are going to be gone all day you may want to think about getting two dogs or even a cat to keep it company. Do not allow this lovely little dog to develop Small Dog Syndrome, human induced behaviors where the dog believes he is pack leader over the humans. This can cause a varying degree of behavior issues. With the proper amount of daily exercise, and human to dog communication the Chacy Ranior will be a great companion.

The Chacy Ranior is good for apartment life as long as it is not left alone in the apartment for long periods of time. They are fairly active indoors and will do okay without a yard.

These are active little dogs, who need a daily walk. Play will take care of a lot of their exercise needs, however, as with all breeds, play will not fulfill their primal instinct to walk. Dogs that do not get to go on daily walks are more likely to display behavior problems. When walking your dog be sure to always make the dog heel on the lead, as in a dog's mind the leader goes first and that leader needs to be the humans. They will also enjoy a good romp in a safe open area off-lead, such as a large, fenced-in yard.

The Chacy Ranior needs regular grooming, especially for a longer haired variety. If you keep the coat cut short in a puppy cut it is much easier to manage. The Chacy Ranior sheds little to no hair and is good for most allergy sufferers.

The Chacy Ranior was developed from the Maltese, Bichon Frise, Shih-Tzu, Yorkshire Terrier, Lhasa Apso, Miniature Schnauzer, Poodle and the Havanese. The Chacy Ranior was originally called the "Shichon." In December of 2005 the decision was made to change the name from Shichon to Chacy Ranior. There was mass confusion over the name Shichon and the Shih-Tzu / Bichon Cross. The Chacy Ranior Club of America was formed in 2006. It is unclear whether or not the Chacy Ranior is breeding true or still under development. 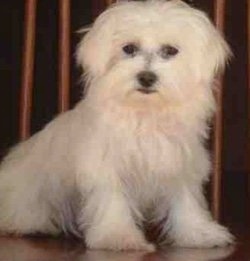 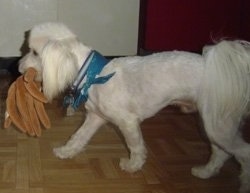 Giovanni the Chacy Ranior at 1 year old shaved for the summer, photo courtesy of Melissa Banks-Higgs 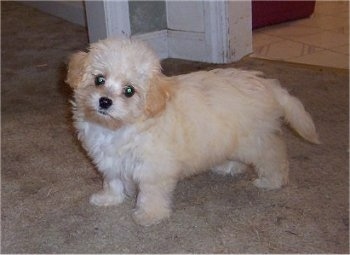 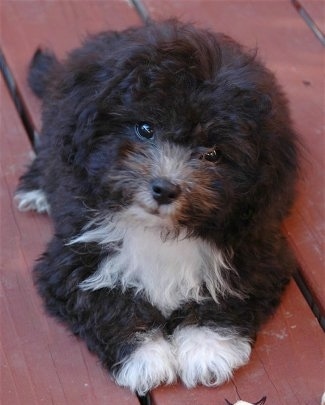