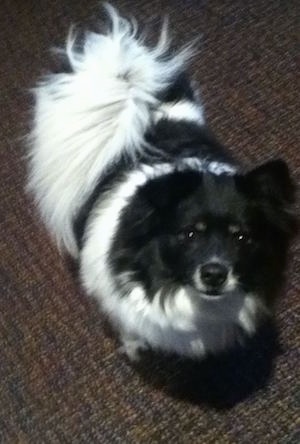 Piper the black and white German Spitz at 3 years old

The Giant, Medium / Standard and Small / Miniature are considered different varieties of the same breed in most countries. Both the Keeshond and the Pomeranian are considered their own separate breeds. The Miniature or Small German Spitz (Klein) often gets confused with the Pomeranian (Zwer). German Spitzes are the oldest breeds of dog in Central Europe. They are descendants of the ancient Spitzes found in the Stone Age. The German Spitz was eventually brought to America, where the name was changed to American Eskimo Dog, due to the widespread anti-German feelings during World War I. Today they are known as a separate breed, but are closely related to the German Spitz. The Akita and the Chow Chow can also be traced back to the Spitz family of dogs. 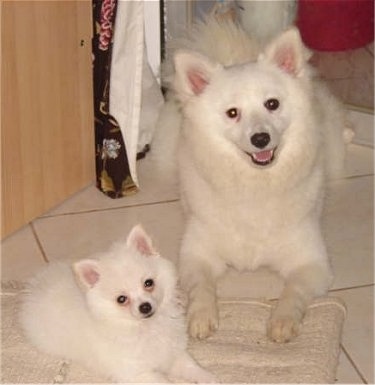 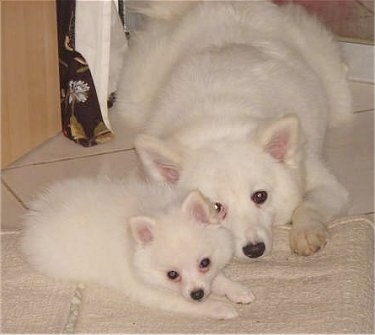