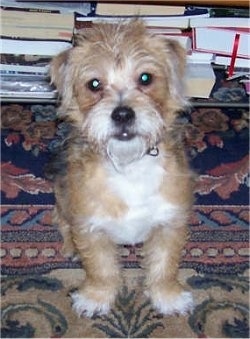 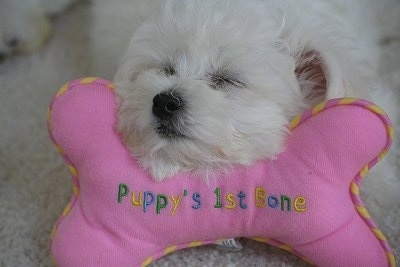 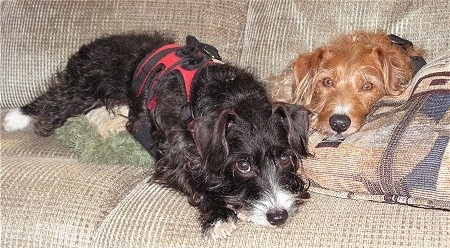 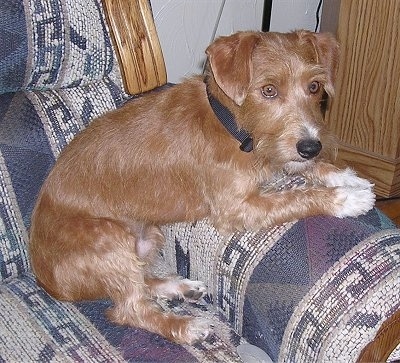 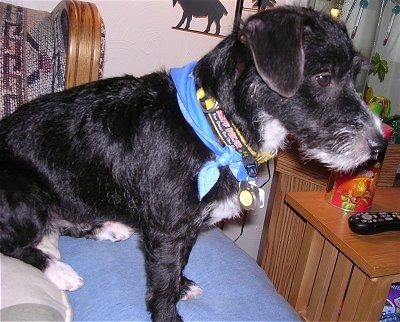 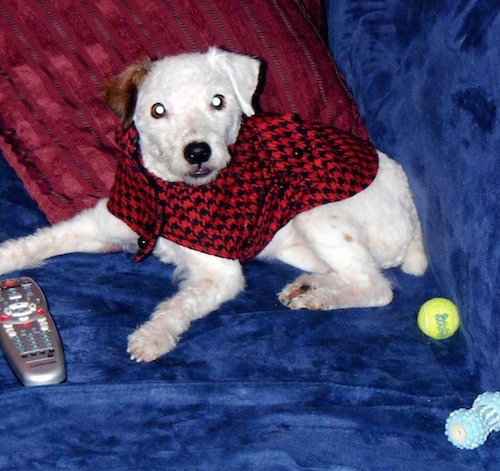 "This is Jackson our Jack-a-Poo shown here at 5 year old. He is a wonderfully sweet boy. We adopted him when he was 4 years old. He is a rescue but has come so far. I have to say that he is the smartest dog I have ever had. He learned sit and lay down in about 15 minutes. I have pretty bad allergies and asthma and he's the first dog that doesn't make me feel horrible. He has a long way to go before he's a well balanced dog, but boy is he working on it. Because of him being so smart he tends to be a bit on the hard headed side. The Jack-a-Poo is a great mix breed and are the way to go." 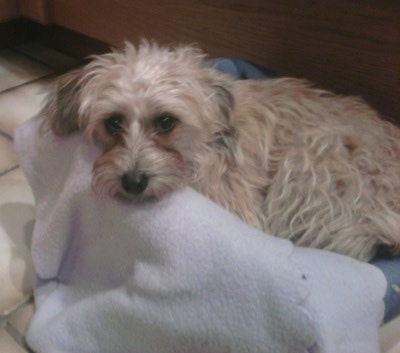 "This is our dog Maddie, who is 9 months old in this picture, weighing 10 pounds. Her mother was a Jack Russell and her father was a Miniature Poodle. She is a great dog—loves to cuddle, go for long walks and fetch!! She is our first dog and has been a wonderful addition to our family."