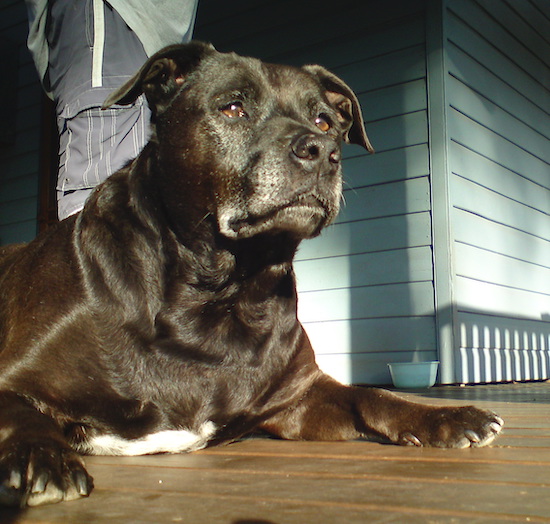 Boofhead the Australian Kelpie x American Staffordshire Terrier mix breed dog at 15 years old—"This is my Staffy x Kelpie mix which we rescued from the pound. He has been a great companion over the last 15 years and has never taken a backward step. His temperament is just like any purebred Staffy but has the energy of a working Kelpie. His mother was a purebred English Staffy and his father was a purebred working Kelpie. He is great with children. In fact when the kids were younger they never left the house with out him. I knew the kids would be safe with the dog by there side. He has never had any health problems and has only been to the vet to be chipped and wormed and the odd stick stuck in his eye. He is obsessed with sticks. He will climb trees to get them and just hangs on till they break or he gets worn out."

The Kelpie Staff is not a purebred dog. It is a cross between the Australian Kelpie and the American Staffordshire Terrier. The best way to determine the temperament of a mixed breed is to look up all breeds in the cross and know you can get any combination of any of the characteristics found in either breed. Not all of these designer hybrid dogs being bred are 50% purebred to 50% purebred. It is very common for breeders to breed multi-generation crosses. 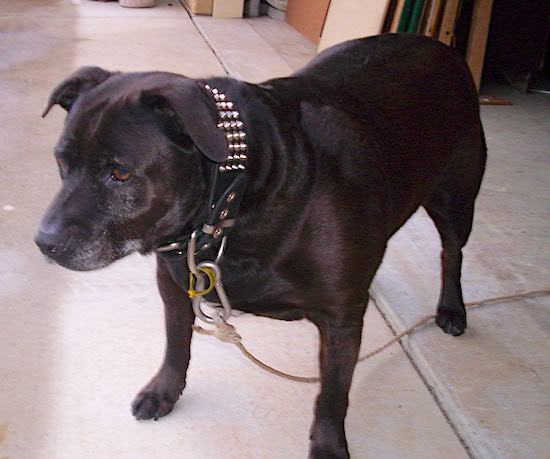 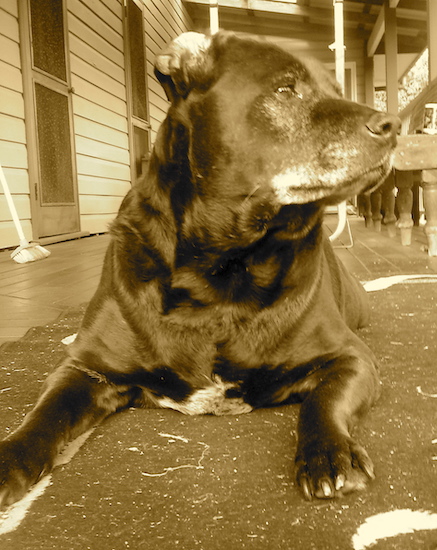