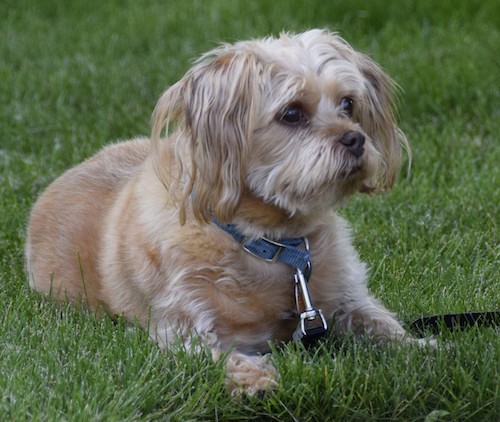 Jakey the Lhasa Apso/Miniature Pinscher mix at 11 years old—"Jakey was the pup that chose me. I had no plans of getting a dog-ever, but went to work one morning and came home with this puppy. He's been the best companion. Crazy busy as a pup (imagine the escapee with the neighbors for half a block trying to corral him - that was the best game), he is still, at 11 years, active and playful. At the same time, he's incredibly patient and caring with his 18 year old sisfur cat. He's protective and 'alerts' me about the door slamming down the street-I just praise him and tell him he's a good boy for scaring away the scary things... oddly, once acknowledged and praised he settles. Best impulse I walked home with."

The Lhasa Pin is not a purebred dog. It is a cross between the Miniature Pinscher and the Lhasa Apso. The best way to determine the temperament of a mixed breed is to look up all breeds in the cross and know you can get any combination of any of the characteristics found in either breed. Not all of these designer hybrid dogs being bred are 50% purebred to 50% purebred. It is very common for breeders to breed multi-generation crosses. 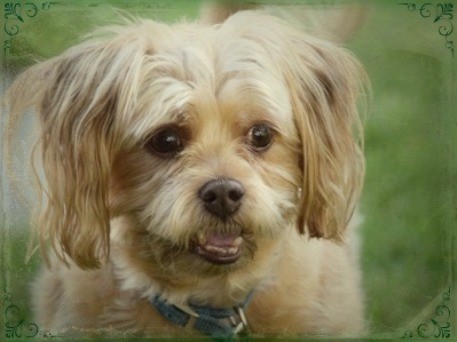 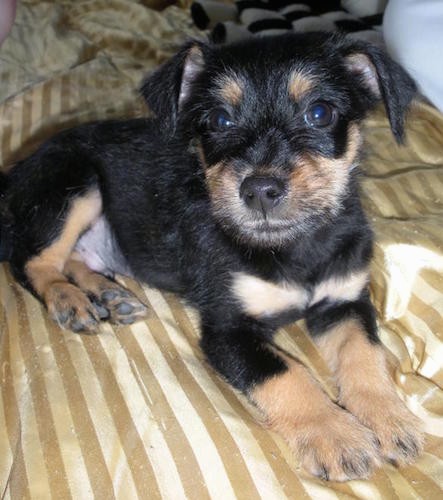 "My puppy's name is Brown Bear but we call him Brownie. He is a cross between a Miniature Pinscher and a Lhasa Apso. The father was a Min Pin and the mother a Lhasa Apso. It was an accidental pregnancy, but both of the parents are purebreds with papers. He his split pretty well with personality of each breed. He learns using treats and positive training, but is very head strong and full of energy. He loves to be outside playing ball and relaxing or taking a nap in the sun. He is learning to love new and different people, but is a little much for children because of his puppy energy but cuddles with them when he's tired. He does not like to be in his crate, but is slowly getting use to it. It is a slow process but he is almost totally house trained." 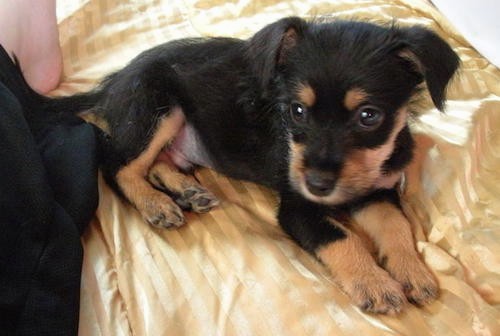 Brownie the Miniature Pinscher and a Lhasa Apso mix puppy 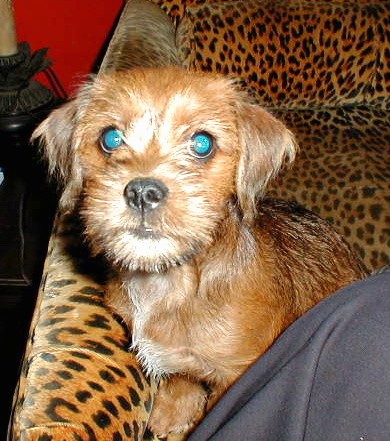 Felix the Lhasa Pin at 1 year old. Her mother was a Miniature Pinscher and her father was a Lhasa Apso 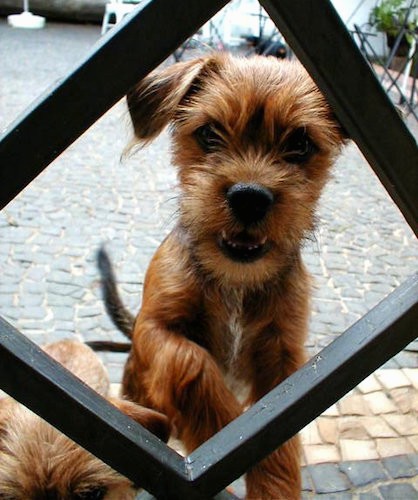 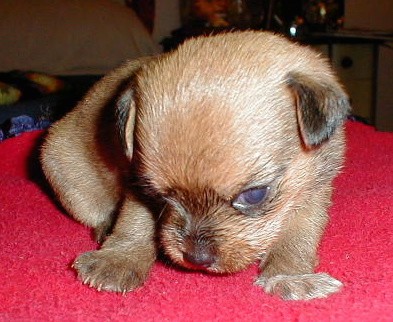 Felix the Lhasa Pin as a puppy at 12 days old