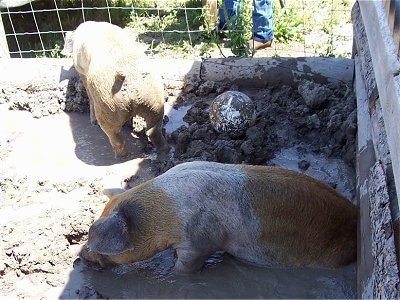 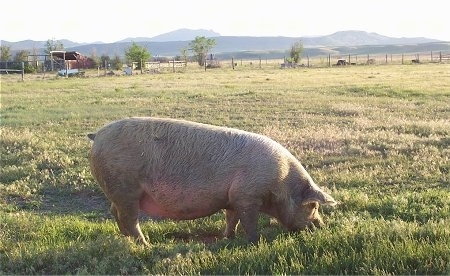 "The pigs have to weigh over 220 pounds or you have to take them home where you can resell, or keep to breed, or whatever else. I went to County just to show, and see where we were at in weight. 'Fraidy at that time weighed 200 and Blaze weighed 190. I thought they would both make it. State Fair is here, loud rides, and LOTS of pigs, cows and sheep and goats, the list goes on. 'Fraidy, 240. Blaze, 216. How can this happen? Well, 'Fraidy not only ate all of his food, but hers too. So, we brought Blaze home for a breeding project." 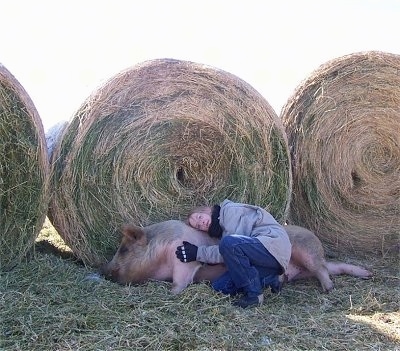 "Little did we know that Durocs can be family. Blaze was my best friend. I rode her, she ate candy more than I did; she also liked table scraps. No pork or bacon was fed to this pig:) Blaze was so smart that we didn't know she could open doors. Yes, she broke out of her pen and ate so much we found her lying with grain on her face. She also opened the sliding door to the house. My dad and I were in the garage and heard my mom scream. Blaze was trying to open her bedroom door. I gently touched her ear and she quickly left the house. We had to lock the doors when she was out, scared she might find the kitchen." 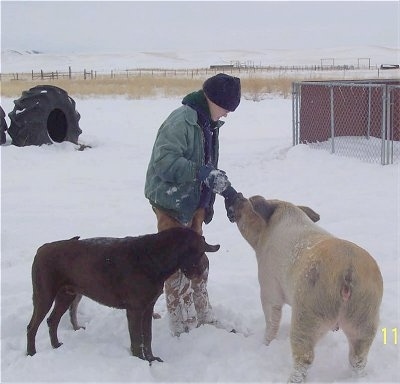 Feeding Blaze candy in the snow 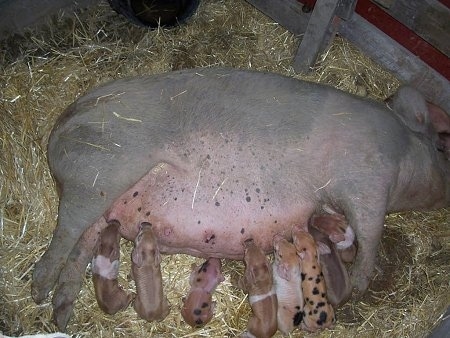 "Blaze had 14 piglets, 1 stillborn, 1 died because she was too small. Blaze now lives next from the 4 piglets that are left, and they are as friendly as her. Blaze never hurt anyone, well, when she was pregnant, but she was 1 week from birth. And she didn't make me bleed, just a little cut."