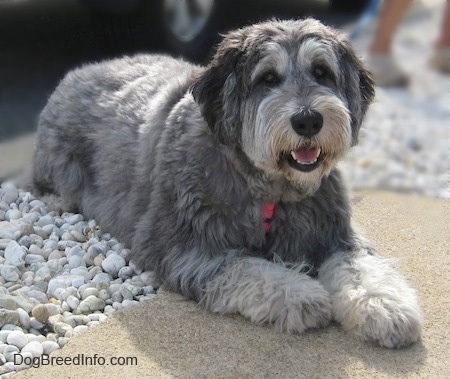 The Polish Lowland Sheepdog is a medium sized, shaggy working dog. The head is moderately broad and slightly domed. The drop ears are heart-shaped and set moderately high. The eyes are hazel or brown, but can also be blue, although it is not accepted in the AKC show ring. The nose is dark. The teeth meet in a level bite. The back is level and fairly broad. The loins and thighs are well-muscled and broad. The tail is a natural bobtail or is docked short. The Polish Lowland Sheepdog has a long, wirehaired coat with a soft under-layer. All coat colors are permitted, but white with gray or black, or plain gray are more common. The Polish Lowland Sheepdog has a lot of hair on its forehead, cheeks, chin and legs.

This is a fairly hardy breed.

The Polish Lowland Sheepdog can live in an apartment if it gets plenty of exercise and has a job to do. It prefers cool climates.

The Polish Lowland Sheepdog is a working dog at heart. It once watched over herds and flocks on the Polish plains. This dog is definitely not suited to town or city life, unless you plan on spending a lot of time exercising and stimulating your dog. This intelligent dog needs stimulation and a job to do. Playing an active game of catch or Frisbee, or joining agility classes are just some of the things you can do to keep the Polish Lowland Sheepdog simulated and happy. If your dog is not actively working, it needs to be taken on a couple of daily long, brisk walks or jogs. While out on the walk the dog must be made to heel beside or behind the person holding the lead, as instinct tells a dog the leader leads the way, and that leader needs to be the human.

The Polish Lowland Sheepdog, also called the Polish Owczarek Nizinny, is also sometimes shortened to PON. The dogs worked on the lowland plains. Some say that this medium-sized, robust sheepdog evolved from ancient, corded herding dogs from the Hungarian plains, which were bred with other small, long-coated mountain herders, and more recent, shaggy herders, such as the Scottish Bearded Collie and Dutch Schapendoes. It is also said to have Tibetan Terrier and Lhasa Apso in its blood. As with many breeds, World War II very nearly led to the breed's extinction and was revived by Polish breeders after the war. Popular in Poland and elsewhere, it is generally kept as a household companion, although it remains an excellent herder. It can also work in obedience, tracking, agility and therapy. The Polish Lowland Sheepdog was recognized by the AKC in 2001.

Oona the Polish Lowland Sheepdog puppy at 3 months old—"Oona is still learning the ways of the world." 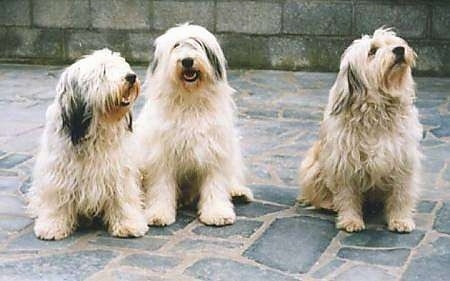 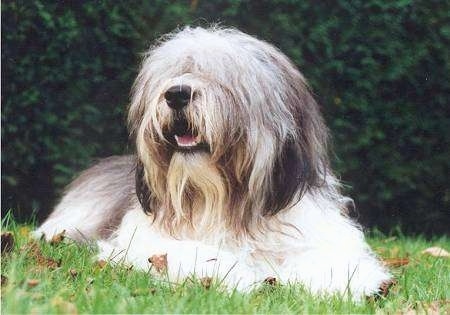 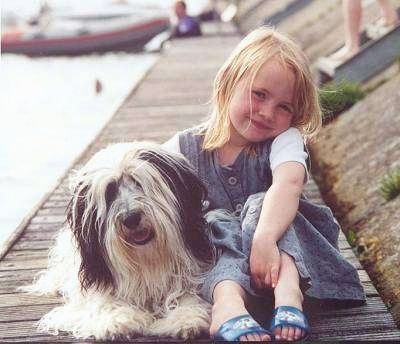 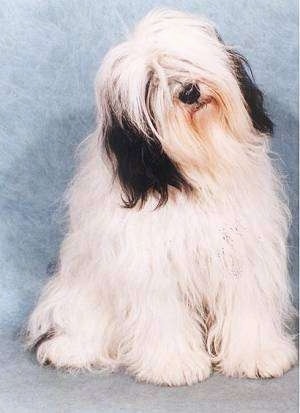 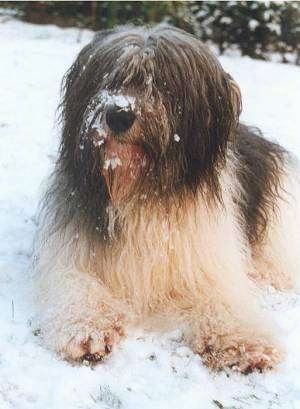 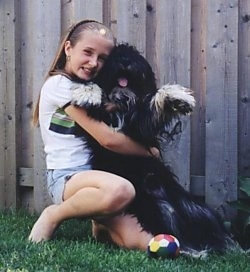 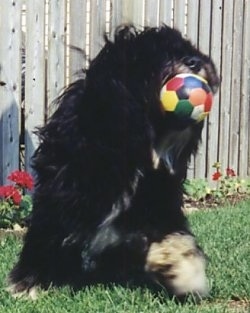