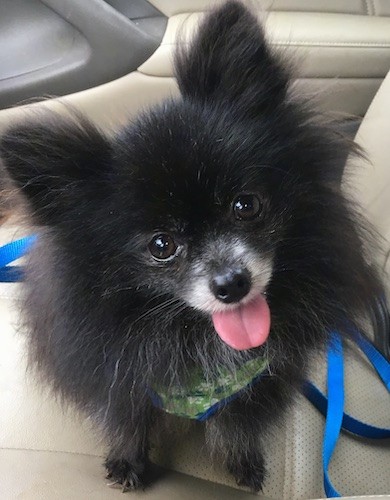 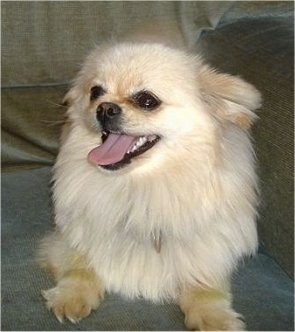 Jessy is a 2-year-old Pomchi cross. 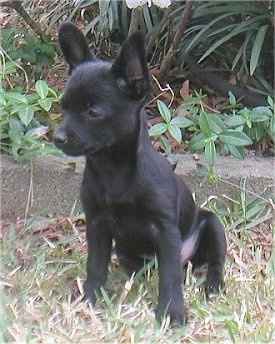 Sugar the Pomchi at 4 months old 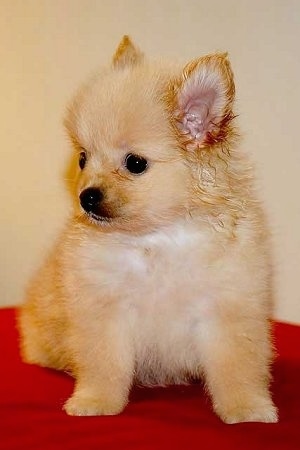 Pitty the Pom-Chi as a puppy—Pitty's mom is a longhair Chihuahua and her dad is a Pomeranian. 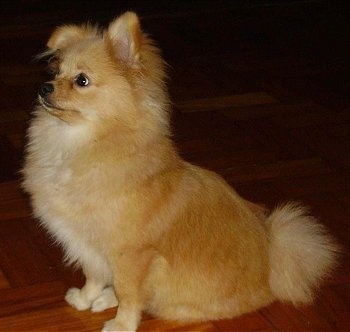 Pitty the Pom-Chi at 7 months old—Pitty's mom is a longhair Chihuahua and her dad is a Pomeranian. 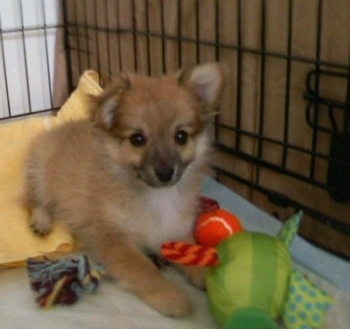 "This is Pepper, my Chiranian puppy at 3 months old. Pepper has an active nature, with lots of attention needed. Quite affectionate and intelligent. Pepper can escape any confinement in less than five minutes, and find his way to your lap. Pepper loves toy balls—lots and lots of balls! He loves to chew on his old towels. He also has a terrific time with squeaky toys and loves walks on beaches. Rather than assuming the role of a human master, I prefer to relate to Pepper on a dog-to-dog level. I interact with him the way an alpha dog would, and as a result, he is extremely affectionate and obedient. There is no time of day when Pepper is ever unhappy! :)" 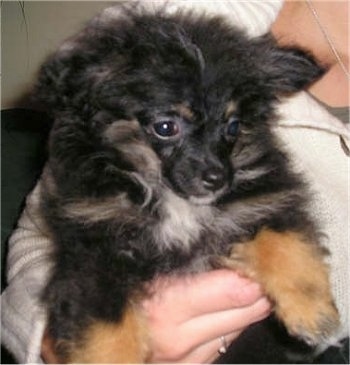 Baile the Pomchi as a puppy at 16 weeks old 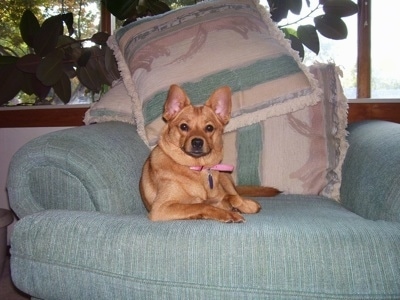 "This is Gracie, my Pomchi at 1 year old. Her mother is Pomeranian and father Chihuahua. She is a sweet, affectionate and energetic girl with amazing intelligence. She knows each of her 30 plus toys by name, as well as many common household items and places. She performs tricks including patty-cake, roll over, and play dead, among many others. She would make the perfect service dog. She likes walking at the park every day, playing in the snow piles, and going for rides, playing tug-of-war and playing with other dogs. When we walk at the park she gets a great deal of attention from other folks who want to know what kind of dog she is and are impressed by how cute she is. The most common comment I get is that she looks like a fox. (The pictures, unfortunately, do not do justice to how cute she is.) I have used many of Cesar Millan's techniques and they work perfectly. Gracie is a strong-willed girl and I can't imagine how she would behave had I not used his techniques, as well as the advice from the "Puppies for Dummies" book. (She is my first dog so I didn't have the benefit of prior experience.) In summary, I consider her to be one of the greatest blessings in my life. I didn't know you could love a dog as much as I love her. She is my constant companion and I wouldn't have it any other way." 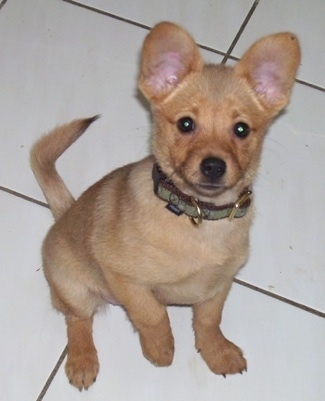 "This is Gracie, my PomChi puppy at about 6 months old. Her mother is Pomeranian and father Chihuahua." 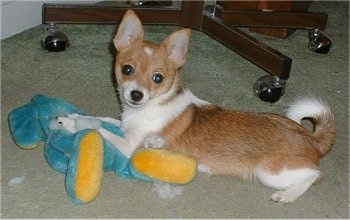 Foxy the 1-year-old Pomchi weighs 6 pounds (2.7 kg). Her mother was a fawn Chihuahua, her father an orange sable Pomeranian. 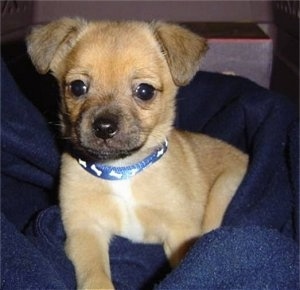 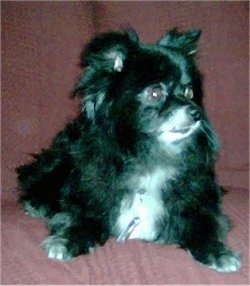 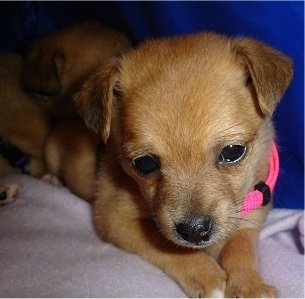 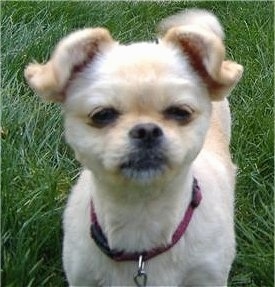 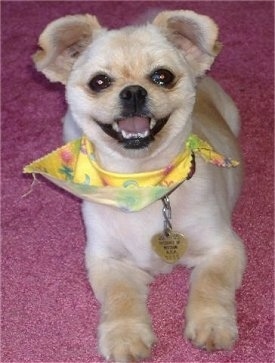 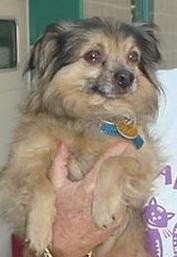 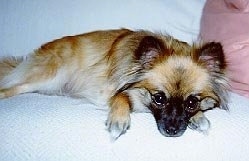