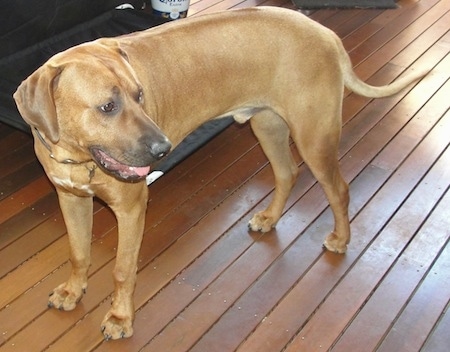 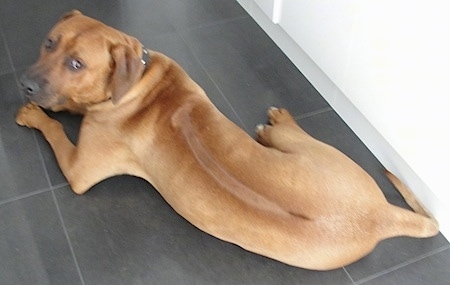 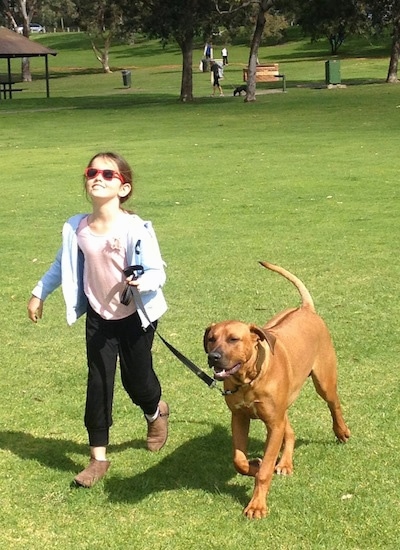 Bruce the Rhodesian Ridgeback at 6 months old—"Proud moment with Bruce, he is now so good on the lead at not even 7 months old our 8-year-old niece can walk him in a park surrounded by dogs. To add to that Bruce actually weighs 20kgs (44 pounds) more than my niece." 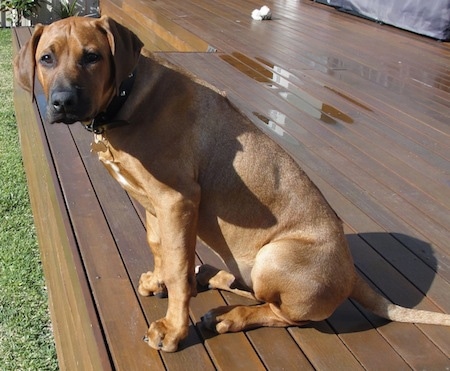 Bruce the Rhodesian Ridgeback puppy at 18 weeks old—"After adopting a lot of the methods used on Bruno and Spencer Bruce is doing well. Reading both blogs was the best information I received on raising a puppy. We regularly receive comments from people visiting on how well behaved and docile he is, but yesterday received a comment from a passing stranger walking past us on our walk. Bruce was having off lead time on a bush path. She stopped to tell us our gorgeous he was and he is so well behaved and docile and seems to be very content and happy within himself. It was great to hear this especially when Bruce was out of his yard and she was a complete stranger. It makes all the time and effort worth while. Bruce is likely to be a 45 - 50 kg (99 - 110 pounds) dog fully grown. He is very big for his age and breed, having a well balanced dog is extremely important to us and extra important due to his likely weight and size." 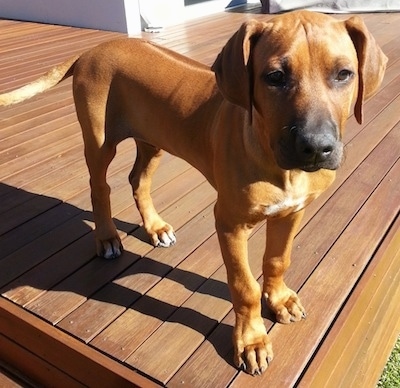 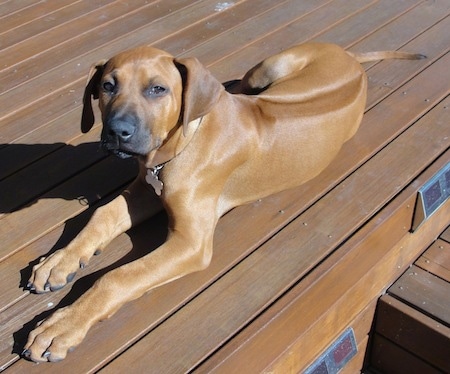 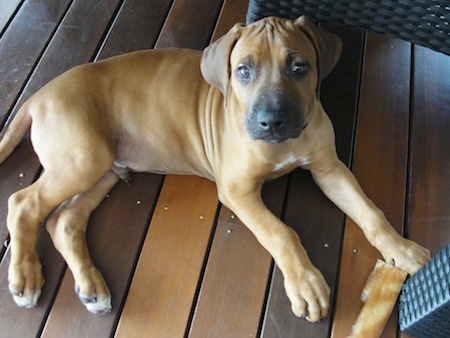