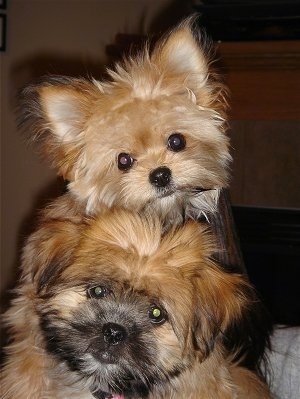 Shiranians Emma at 3 months (bottom) with her 'big' sister Sophia (top) at 7 months old— "Sophia can be seen playing with her tennis ball, above. She is such an amazing dog we decided to add to our family with another Shiranian, Emma. Their personalities are so amazing and distinctly different. You can see that Sophia's looks are more toward the Pom side; and Emma's are more Shih-Tzu. Even though Sophia is the older of the two, Emma has passed her in size (Sophia has peaked out at around 4.5 pounds; Emma is almost 6 and projected to peak at 9). We can pretty much cancel our cable TV; these two are a riot to watch."

The Shiranian is not a purebred dog. It is a cross between the Pomeranian and the Shih Tzu. The best way to determine the temperament of a mixed breed is to look up all breeds in the cross and know you can get any combination of any of the characteristics found in either breed. Not all of these designer hybrid dogs being bred are 50% purebred to 50% purebred. It is very common for breeders to breed multi-generation crosses. 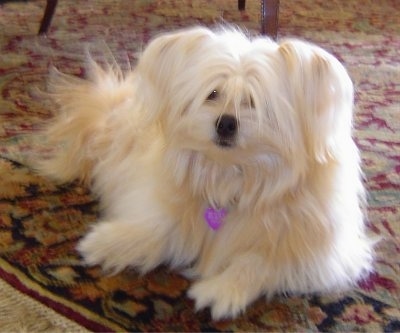 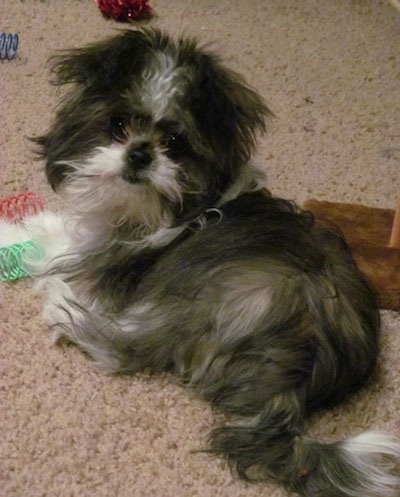 Izzy the Shih Tzu / Pomeranian mix breed dog (Shiranian) at 7 months old—"Izzy belonged to my great-grandchildren when daddy said "the puppy has to go" so I said I would take her. She is the best little dog I have ever had. She is extremely smart and she was easy to train. She doesn't shed but hair does come out when I brush her. She is a good watch dog. She loves to play with my Russian Siberian kitten who is 1 month older than Izzy and the kitten weighs about 2 pounds more. They are the best buddies and make me laugh. When they are not napping, they are playing. They are just the cutest together. Everyone in the family loves Izzy. She is tiny with lots of energy and very loving. She gives kisses all the time. I love the fact that I don't have to take her to the groomer every month. All she needs is a 15 minute bath and blow dry and Izzy is done. She is the best dog I've ever had." 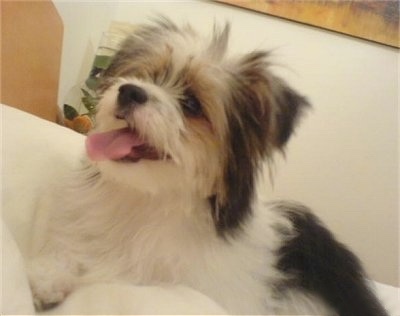 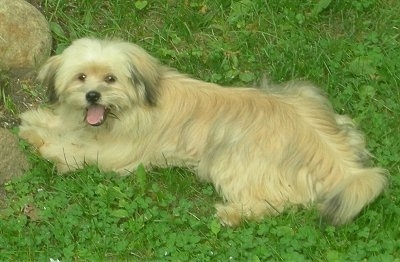 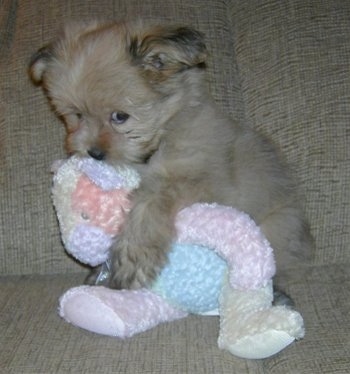 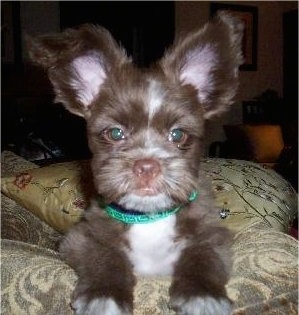 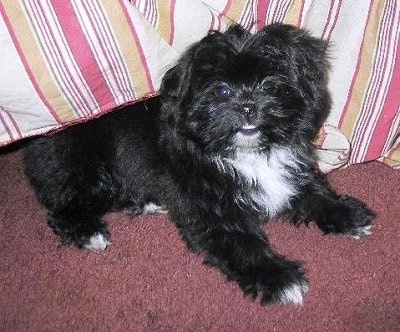 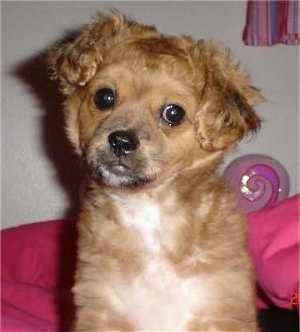 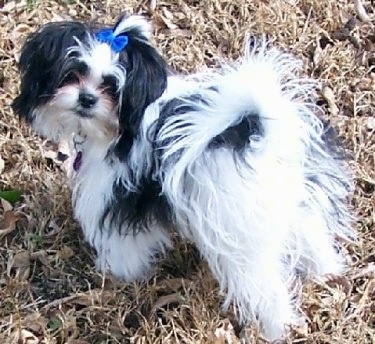 Maximus the Shiranian (Pom / Shih Tzu mix breed) at 6 months old and almost 4 pounds— "He has a personality to die for, and is a very independent little guy who loves to be loved. I would purchase another Shiranian puppy in a nanosecond if I were looking. He loves everyone—babies, children, men, women, cats, other dogs big and little. He is just full of it and extremely smart! Housebreaking has been a breeze! Even though he is tiny and almost knocks himself over when he raises his leg, he loves going outside rain or shine. Since we're in Wisconsin, the jury is still out as to whether the snow will detour his housebreaking progress."

See more examples of the Shiranian