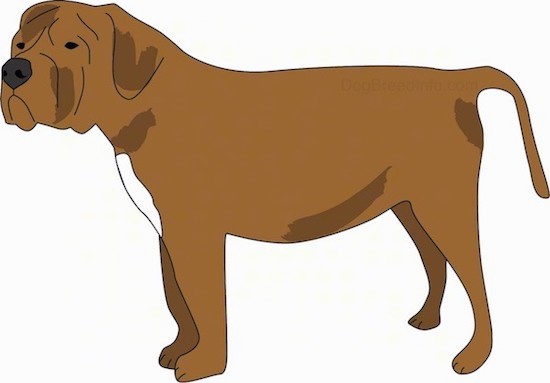 The Alaunt dog is extinct. The original Alaunts were similar to Mastiffs with short flat heads, big lips, and shorter snouts. They had short, smooth fur and in some cases, wrinkly, loose skin. Alaunts came in a variety of colors including browns, blacks, tans, and whites while also having markings such as a brindle pattern or spots of color on their chest, feet, or back. Their tail could also be various lengths but they were known to have a longer or medium size tail. Like the bully breeds, Alaunts were muscular with a wide chest and thick thighs. These dogs had shorter floppy ears that may have been cropped, especially if they were used as hunting dogs.

Alaunts were known to be intelligent and very energetic which is why they were deemed fit for herding cattle. This breed was so smart they were sometimes thought of as a little bossy since they knew what they wanted. Although they had a lot of energy, they were also adaptable to different environments and situations which makes sense since they were brought to war and various nations throughout history. Independence in this breed is a side effect of them being intelligent. They were very loyal and kind to their pack leader.

Alaunts could adjust to any climate easily and prefered to live with a strong minded pack leader to whom they could be a great protection dog to their human companion.

These dogs needed plenty of exercise. They did better when they had a large yard for them to run around and play. Being intelligent, Alaunts needed brain stimulants such as obedience training and teaching them new tricks. Although they could adapt to apartment living easily, they still needed an abundant amount of exercise or they would become bossy and troublesome.

With short, smooth fur, Alaunts did not need a lot of grooming.

Alaunts were first bred as working dogs in central Asia from breeds such as the Armenian Grampr and the Sarmation Mastiff. This extinct dog breed became more popular when nomads started training and breeding them during war and to help them domesticate horses. Tribes that bred Alaunts migrated toward other nations, creating a breeding ground for Alaunts and other breeds in the area. During this time, they started to breed with Illyrian Mountain Dogs, Metchkars, and other Molosser breeds. Through breeding with these other types of dogs, the white Balkan type of Alaunt emerged, which are directly related to Greek and Albanian breeds. With the help of more war and migration, the Alaunt dogs traveled to France, Spain, and Portugal and were bred to become working dogs for the people of those countries. Through breeding, there became many types of Alaunt styles and looks including one called the Alaunt Gentil which was the smallest, looking similar to a greyhound which soon became known and used as a hunting dog. The original type of Alaunt dogs looked similar to a mastiff and helped aid humans in war throughout the world. This variety was called Alaunt de Boucherie. Portugal knew Alaunts by the name of Alaunt de Boucherie while Italy knew this dog as the original Bulldog, and the French knew Alaunts by the name Boucherie. In Italy, Alaunts were used and trained as cattle dogs on farms. Meanwhile in spain, they were most popularly called Alano but were also split in two more main categories called Mastins and Lebrels which then had their own categories within those ones called Ayuda, which were known as the defence types, and the Presa, which were known as offensive types. Today, descendants of Alaunts are commonly known as Ossetians and are trained as cattle dogs. Many people call their breeds Alaunt dogs while selling them, but alas, they are not the original, but simply a mix of breeds such as Mastiffs, Pit Bull Terriers, and bulldogs. 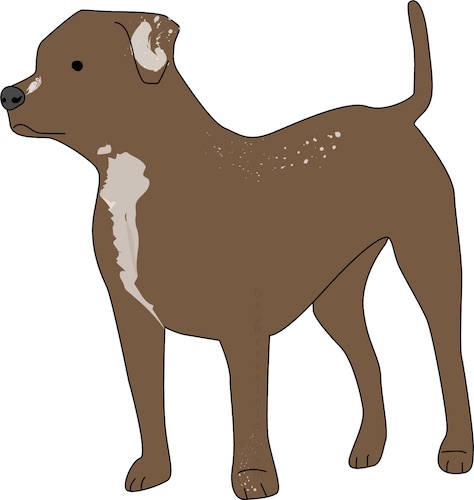 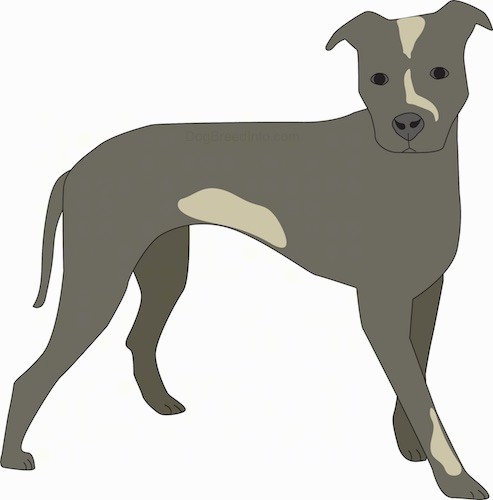 The extinct Alaunt Gentil which was the smallest, looking similar to a Greyhound. 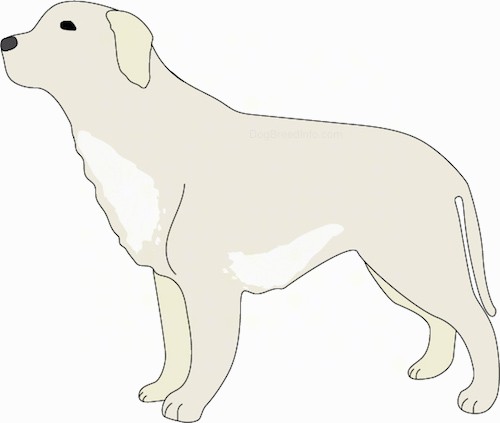 The extinct white Balkan type of Alaunt emerged, which are directly related to Greek and Albanian breeds.