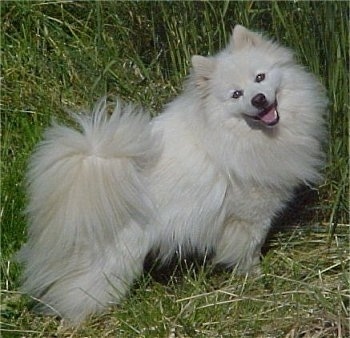 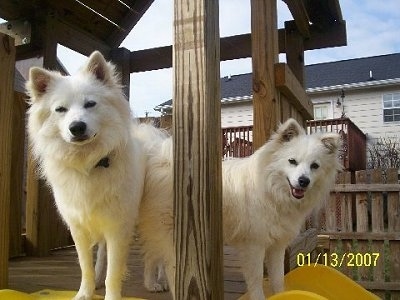 "This is a picture that I took of my 2 American Eskimo Spitz dogs. They are brother and sister from the same litter. There is about an 11-lb. difference in them. The girl, Dutchess (right) looks like a miniature and the boy Duke, (left) looks like a standard. They are 10 months old in this picture." 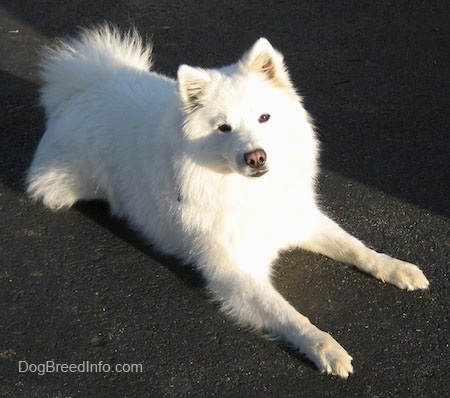 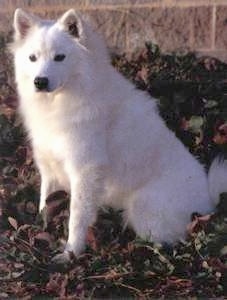 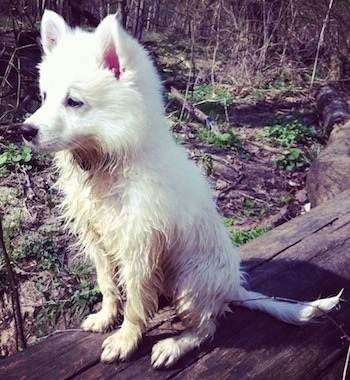 "Aurora is my amazing American Eskimo puppy. Her dad is a mini and her mom is a standard. So I'm looking forward to seeing how big she'll be. I bought her from the people on this site so I hope she was bred well and is legit (if that makes sense). She's my first dog and is nothing short of incredible. I love to take her to parks with creeks she can swim in and things she can climb. She'll follow me anywhere and climb over anything to get to me. I've never seen anything about Cesar Millan. All the training I do I have learned from this site. She waits at the door until I tell her to come for her walks. She won't get out of the car until I let her (when I saw the picture of Spencer and Bruno I knew I needed her to be like that)...or... if she sees someone she just has to bark at. Hopefully I can control that soon. If I tell her 'quiet' before she notices someone she is usually pretty calm. Maybe lets out a 'ruff' but doesn't bark her head off. If she sees it first it's done. I'll tell her quiet over and over and she just won't stop. Kinda irritating. I know it's in her blood to bark, though. She's very easy to train. She's jumping through hoops, playing dead. I even taught her to curtsy. She learns every new trick instantly. Incredibly smart. Her best friend is a Pitbull / Lab mix. He's pretty gentle with her. Luckily she didn't pick up any of his bad habits like stealing socks or chewing coins just to annoy you. We'll let them play in a field and sometimes he runs off and she chases. I don't like her to get out of my sight. All I have to do is yell her name so she can hear me and she instantly comes back. She'll listen to my every command but sometimes she doesn't come with the first call to other people. Normally depending on what she's doing. If she's asleep they might have to tell her to come a couple times. She'll always do it, though. I want to thank you for all the help you and your family have been to me and my roommates raising our dogs. With her being my first dog I look to your site for nearly everything. I feel as I'm training her pretty well. But as a first time owner I have made some mistakes. With all the interest I have in her my roommates even got their Labrabull heeling on his leash... and like I said playing in a field not on his leash. So, once again, THANK YOU!" 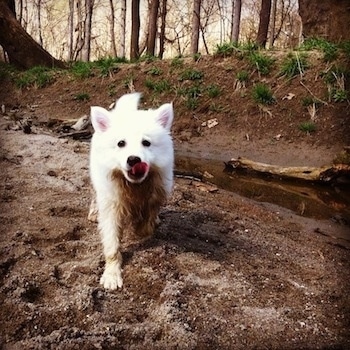 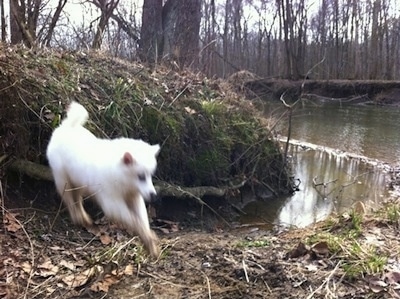 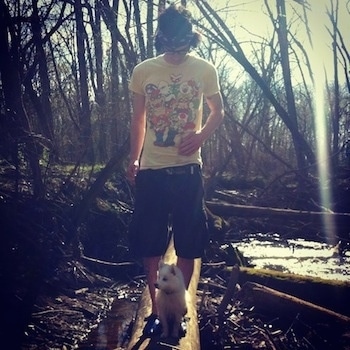