"Goldberg is an 8-week-old white and red English Bulldog who loves to role around in the grass on cool summer nights. He is a really good boy and loves his daddy. Goldberg loves to give big sloppy kisses especially after he just gets done getting a drink of water. Goldberg is a loveable, ball of wrinkles who isn't afraid of anything and often charges with his head down at our 1-year old black lab Andy when they are playing." 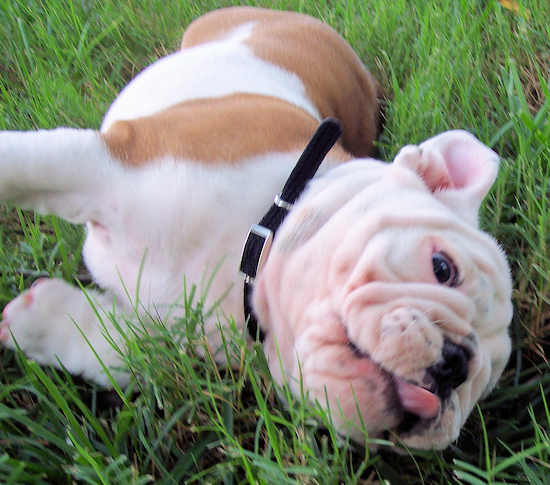 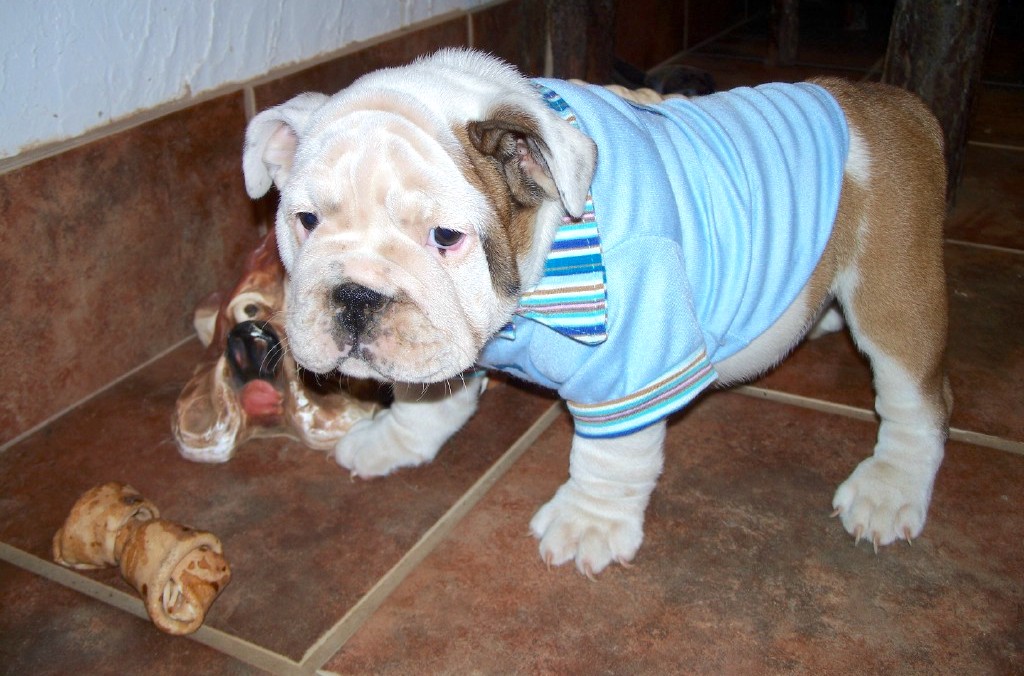 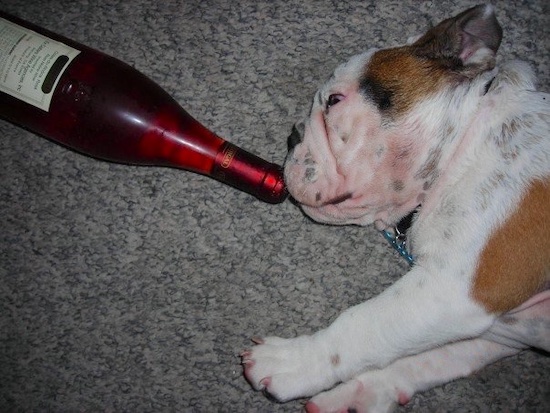 "Goldberg a 4-month-old English Bulldog puppy at his first frat party at the University of Oklahoma! (he didn't really drink any wine)" 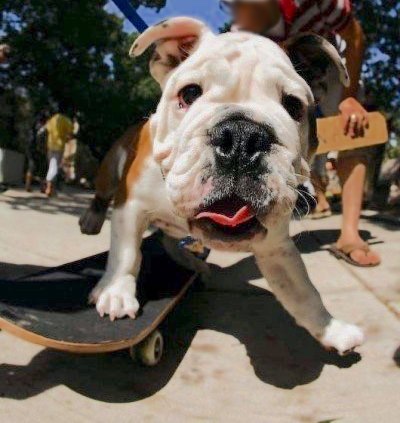 "This is a picture that was in the Daily Oklahoman newspaper of Goldberg riding his skateboard at an outdoor charity event to raise money for homeless children."