Raising a Puppy: 41st week in his new home

A day in the life with Bruno the Boxer puppy. Bruno's 41st week—47 weeks old, 83 pounds, 24 1/2 inches from the ground to the highest point of the shoulders (the withers). 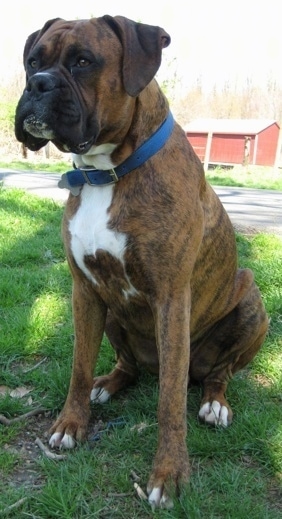 Trail Ride with the Horses 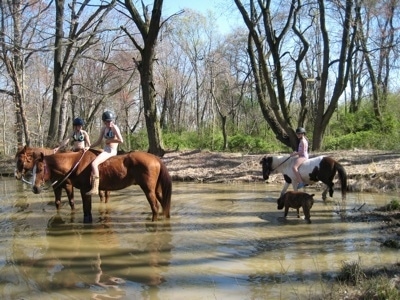 Bruno goes on a trail ride with the horses back to the pond. 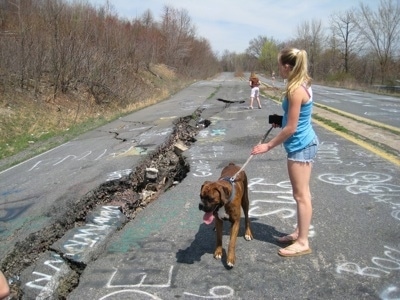 Centralia is an old abandoned coal town. In May of 1962 the Centralia Borough Council had hired five volunteer firefighters to clean up the town landfill, something they had done every year right before Memorial Day. The landfill was located in an abandoned strip-mine pit next to the Odd Fellows Cemetery. In previous years the landfill was in a different location and this time, when the firefighters put the landfill fire out, it continued smoldering under the rubble and eventually spread through a hole in the rock pit into the abandoned coalmine under the ground. Many unsuccessful attempts to put out the fire were made. It continued to burn and is still burning today. 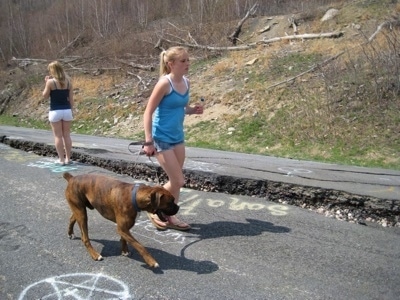 This is a stretch of Highway 61 that is shut down due to the cracks in the road. The mine fires are underneath us. The highway has been detoured around this area. 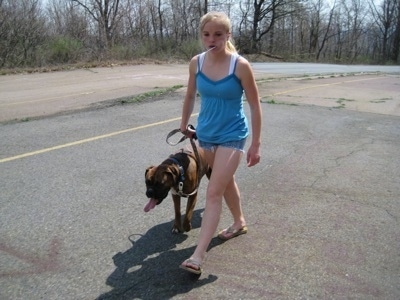 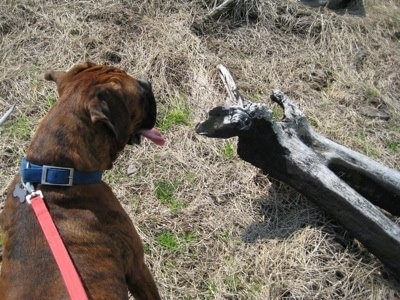 Notice the charred tree stump. The ground deep down beneath us is too hot for almost anything to grow. It's mostly brown and there are fallen-down, charred, dead trees everywhere. 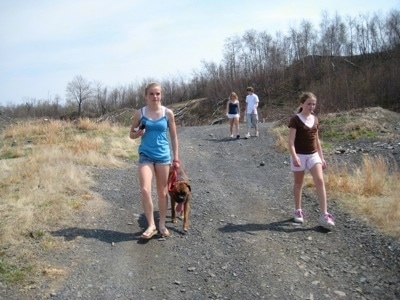 Through the 1960s and 1970s, it became apparent how dangerous it was for people to be living there, when...

…people started reporting carbon monoxide caused health problems. In 1979 a gas station owner had lowered a stick into one of his underground tanks to check the fuel level. When he pulled the stick back out, the stick was hot. He then lowered a thermometer down on a string and when he pulled it back out, he found the temperature of the gasoline inside the holding tank was a whopping 172° F (77.8° C)! In 1981, a 12-year-old boy named Todd Domboski fell into a sinkhole 4 feet wide by 150 feet (46m) deep. The ground had just opened up under his feet. His cousin saved his life by pulling him from the hole before he plunged all the way down to the hot depths. This brought statewide attention to the mine fires.

In 1984, when years of attempts to put out the fire had failed, congress allocated the state of Pennsylvania more than $42 million in efforts to relocate the people. Most of the residents accepted buyout offers and moved to the nearby communities of Ashland and Mount Carmel. This was not a mandatory evacuation and some chose to stay.

Prior to the mine fires, the borough was served by two railroads, the Philadelphia and Reading and the Lehigh Valley, with the Lehigh Valley being the principal carrier. Rail service ended in 1966. The borough had operated its own school district with elementary schools and a high school within its precincts along with two Catholic parochial schools. Centralia once had five hotels, seven churches, 27 saloons, two theatres, a bank, a post office, and 14 general and grocery stores.

When coalmining activity was at its peak, the town had a population in excess of 2,000 residents. Another 500 to 600 residents lived in unincorporated areas immediately adjacent to Centralia. Today the Borough of Centralia has only a handful occupied homes, one church, and four cemeteries, which have more graves than the borough’s population. As of the 2000 census, there were 21 people, ten households, and seven families residing in the borough of Centralia. In the 2004 census, there were 18 people residing in nine dwellings. Most buildings were knocked down. Most of Centralia looks like meadows with a few unkempt paved roads through it. Some of the areas are filled with new growth, while others are fields of charred wood of fallen down dead trees. In the winter months you can see the steam and gases rising up from the ground. There are low round metal steam vents sticking out of the ground south of the borough, and several signs warning of the underground fire, carbon monoxide and unstable ground. Seems there are more tourists up and around Centralia than residents living there. 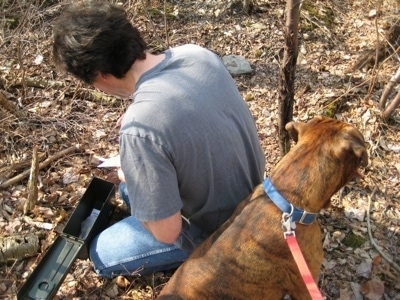 Bruno finds a Geocache in the middle of Centralia; well, actually he just walked with us. We found the cache with the help of the GPS. ;-) Took nothing, but left a DogBreedInfo pen.

There was a pile of horse treats lying on the ground and Bruno had just found them. One by one he was eating the small pieces someone had dumped from a bucket. I was outside near him, talking to a friend. One of the cats walked up and started eating them as well. Bruno, for the first time, got down in a stance and snapped toward the cat as if to say, "These are mine, leave them alone." Knowing that is a sign of dominance (guarding food) I immediately walked over to him while he was still in that stance and "Bit" him in the neck using my fingers like a claw, "Aattttt!" The cat ran off. Shame, it would have been better if the cat stayed, but I still needed to make it clearer to him. I took advantage of the trick the kids play with Bruno just about every day, "Bruno, Dead Dog!" Bruno dropped to the ground, lying on his back. I continued my conversation with my friend. Bruno started to get up, "No." I touched him, and he went back into his "dead" mode. A few minutes later I allowed him to get up.

What a great trick. The kids, just for kicks, tell Bruno "Dead Dog" and he falls on the ground for a belly rub. This constant reward for submitting to them is a cute trick and a wonderful way to keep a dog in his place very humanely. Bruno is always happy to play his "Dead Dog" trick; even when he was getting corrected for snapping at a cat, he didn't seem to see it as a punishment.