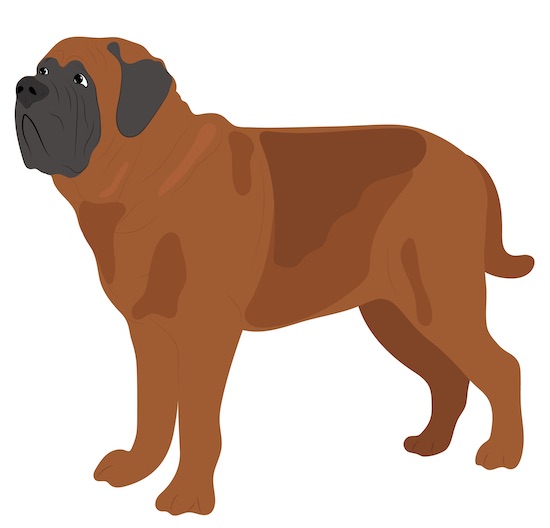 The Dogo Cubano was known to be one of the heaviest dogs in history, sometimes growing up to be over 300 lbs. They appeared to be similar to the Mastiff or bulldog in its appearance and stood around 20 inches tall. This breed was very dense with muscle, big bones, and thick skin. Dogo Cubanos had straight backs and straight, big legs and the tail that was a different length with each differing dog. Some dogs had straight, long tails, while others of the same breed had shorter curved tails. Rusty brown short coats were the trademark of this breed although they also came in a variety of colors including beige, white, and different shades of brown or grey. Their ears hung down loosely were medium sized and their muzzle was quite squished on their broad skull. Black fur marked their faces around their eyes, nose and mouth.

Loyal to their owners, these dogs would follow their leader anywhere and were trained to be calm when needed and listen to commands easily. The Dogo Cubano was known to be aggressive toward other animals and easily take down large animals during a hunt. They were often used in dog fighting because they were strong, muscled, and big boned. This dog was also alive during the time of slaveholders and were known to be trained to attack as a form of punishment. Nevertheless, the Dogo Cubano was determined, intelligent, highly trainable, and fierce.

Although there are no records, this dog breed was probably similar to the Mastiffs and Bulldogs when it came to health issues. This means they were most likely prone to hip dysplasia, breathing issues due to small windpipes, and poor vision.

This dog would have done well in a small living space and or a small yard as long as they got sufficient daily exercise.

These dogs needed regular walks and exercise although they were also content laying down for hours at a time and could be lazy and relaxed.

These dogs had a short coat, therefore they only needed to be groomed occasionally and bathed when necessary.

There are many theories on where this dog actually descended from. Some say the Mastiff group was descended from the Alaunt which originated from the Caucasus Mountains and lived among the Alan tribe. Others claim that they were from the time of the Pre-Roman Celts in Britain and were related to a giant war dog which is also related to the English Mastiff, while others say they originated from the Tibetan Mastiff. They could have also been descendants from ancient Egyptian war dogs that spread from the help of Greek and Phoenician traders. While any of these theories may be true, the most common theory is that they were related to the ancient war dogs in Greek and Roman armies, the Molossus. One thing that is agreed upon is that they are part of the largest dog groups known as either the Alaunts, Molossers, Mastiffs, or Dogues.

These dogs were most popular in Spain and England where they were bred as sport dogs for dog fighting, war dogs, or guard dogs. Spaniards would bring their own Mastiffs on their ships when traveling to new countries. As they explored Cuba for the first time, the Spaniards let their war dogs loose, giving them commands to attack the native people. The Spaniards took over the island, and so did their giant Mastiff and Alano dogs. While on the island, these dogs bred together and eventually there was no differentiating between the two large breeds and they became known as the Dogo Cubano. These dogs were eventually crossed with scent hounds in order to increase their skills of tracking down slaves in Cuba while Spain was still in power. The cross between the Spanish scent hounds gave the breed slightly longer muzzles and longer ears that before. Because there are no records of Spanish scent hounds being imported into Cuba, some do not believe they were ever crossed with these dogs.

Eventually, the British would visit Cuba and come across these strong, large dogs and they would become popular in England. In Cuba, the Dogo Cubano was often used in dog fighting rings by the native Cubans. Since these fights were to the death, the breeds population slowly dwindled in that country.

The Dogo Cubano were mainly bred in order to track down slaves. When slavery was abolished in the 1880’s, the dog was no longer in demand like it previously was in the years before. Dog fighting and bull fighting also became less popular around the same time. Since the Dogo Cubano was not considered a fit companion dog, they slowly went extinct over the ears and by the 1900’s they were never seen again. 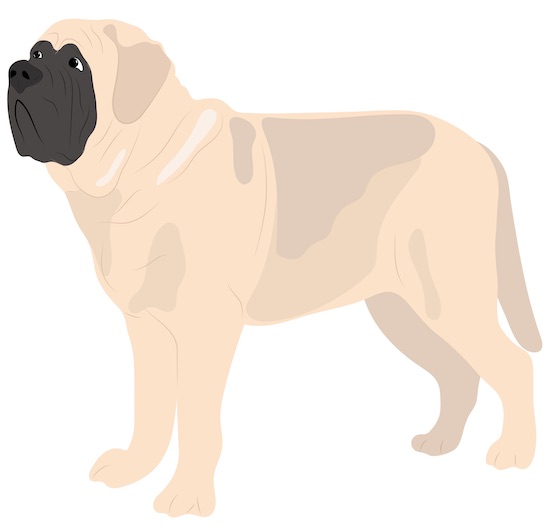 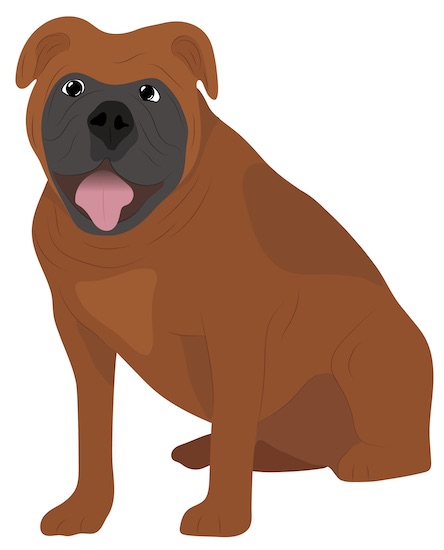