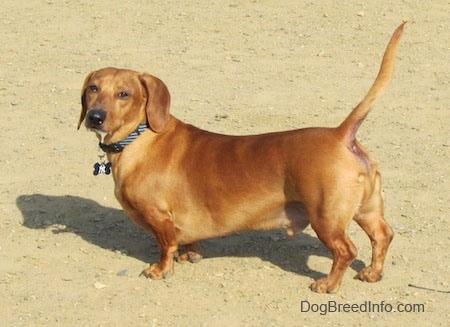 Willow the standard Dachshund at 3 years old—"Willow will often foam at the mouth at the dog park. Most likely because of all of the overwhelming excitement from the other dogs. He appears fearless. He is very confident around the other dogs and likes to try and control the situation. He has even been known to butt into large dog fights trying to control the scene as be barks at the other dogs." 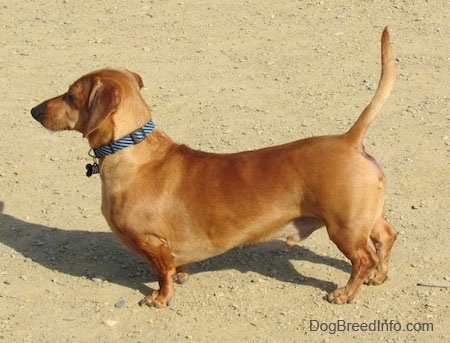 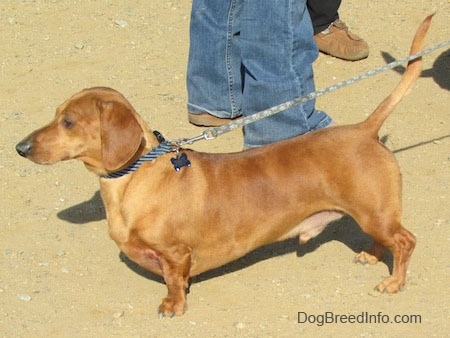 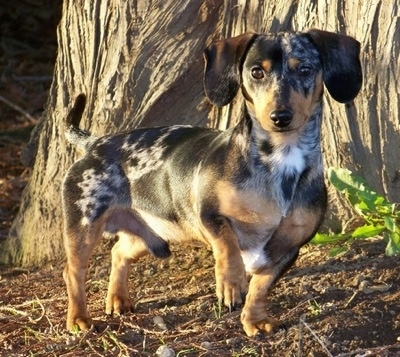 MISSING—"This is Buddy, my 14-pound, almost two-year-old silver dapple tweenie Dachshund and on the 16th of April 2010 while we were out of town, some friends were dog-sitting him for us. They took him out for a morning walk; he slipped out of his collar and took off. He is still missing, if you have seen him email me at birdgerd@yahoo.com and title the email Buddy. He was lost in Salmon Creek in Vancouver, WA, but he could be anywhere. It was very strange that he would do this. He has NEVER tried to slip out of his collar in the past; I guess he is just that loyal to us." Dieter the adult Dachshund all dressed up for Halloween Dieter the adult Dachshund participating in Walk for Paws 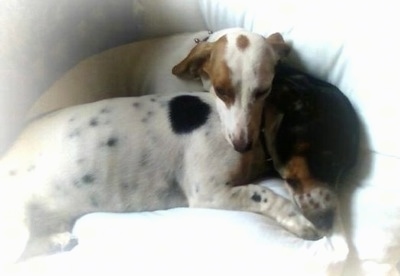 "These are 2 of my 4-legged babies named Cheyenne (cream and white piebald Dachshund) and Hearty (black and tan piebald Dachshund). Cheyenne is 2 years old and Hearty is 3 years old. Cheyenne saved my life. I was getting ready to go to the store one day so I let them out for a few minutes before I left. As I was getting ready I heard Cheyenne outside barking like crazy. And it wasn't her usual bark. My husband looked out the window and told me she was barking at the cat under my Jeep. A minute later she was still barking madly and I knew something wasn't right. She never barks like that. I went outside and went to where Cheyenne was standing next to the door of my Jeep and looked down to see a poisonous snake coiled up. I grabbed Cheyenne and ran. If she hadn't let me know about that snake I would've walked right up on it and possibly got bitten. She's my little lifesaver!" "This is Copper. He is 1 and a half years old in this picture. He's a longhaired miniature chocolate dapple Dachshund with 2 gorgeous blue eyes. He makes everyone around him smile and laugh. But when it comes to his bones and treats—he turns into Cujo!! He is wonderful!" Ty the black and tan Dachshund 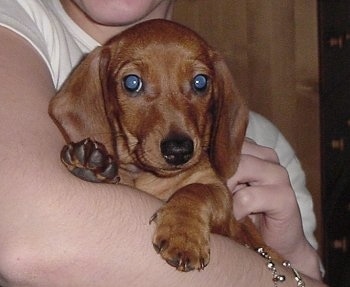 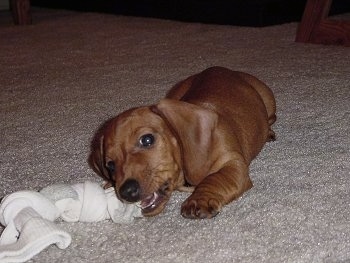 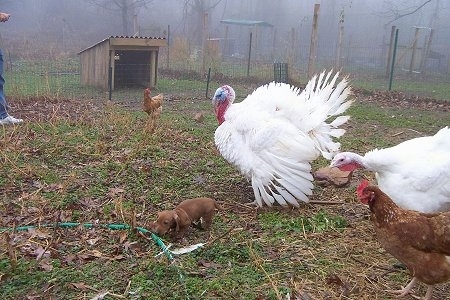 Dexter the Dachshund as a puppy meets the turkeys and chickens 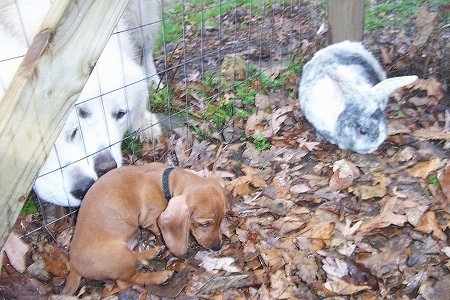 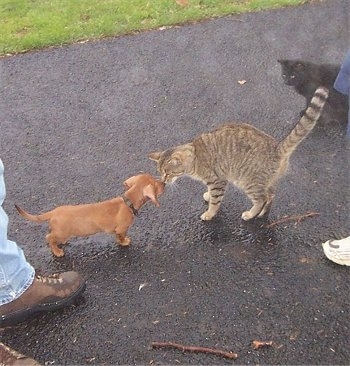 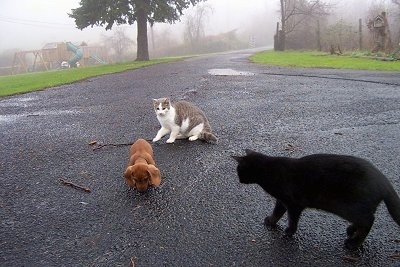 Dexter the Dachshund puppy with Little Lou and Midnight Jr. 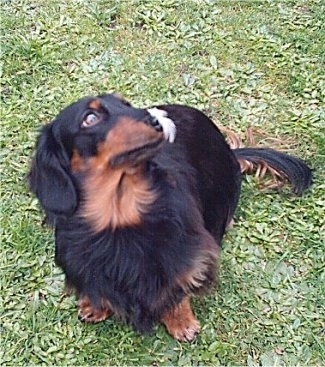 Felix the miniature longhair Dachshund at 4 years old was chasing a bird and ended up with a feather stuck to his nose. No, he didn’t get the bird.