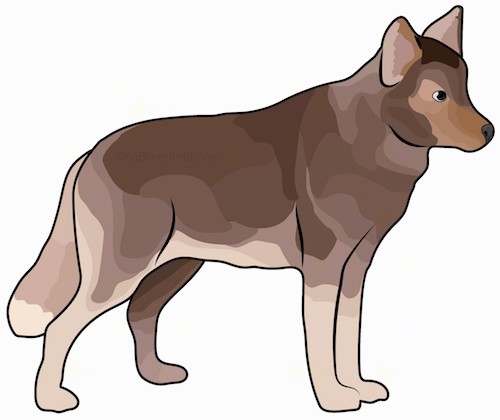 The Hare Indian Dog had a slender, thin muzzle and a small head. Their ears would stick straight up and were said to be thick skinned. They had a bushy tail that sometimes curled on their hips, thinner legs and hairy wide, webbed feet. They had long, thick coats in order to survive in the freezing temperatures and black eye lashes, nose, mouth, and gums. White coats with tan or fawn markings on their back and various other places was the standard for this breed. They also had markings of grey or black fur around their eyes and running along and through the other colors of the coat and their tails had a white colored tip.

Hare Indian Dogs were known to be friendly toward strangers and humans in general. They did not do well in confinement as they were found in the wilderness. Their behavior resembled more so wolves in a pack rather than a domestic bred dog. When confronted with a strange situation, they would howl after barking once or twice and growl at the unfamiliar object. When with a human owner, they were very loyal and would follow them for miles on a journey.

The Hare Indian Dog is now extinct and there were no records of health problems.

Hare Indian Dogs needed wide open space and would not have done well in a confined area. They needed the outdoors and to migrate with a pack whether it be a dog pack or a human pack. These dogs were around when humans were nomadic and lived with the Hare Indians in Northern Canada.

This dog is now extinct and there were no records of its life expectancy.

This dog is now extinct and there were no records of its litter size.

This dog had a long, thick, wooly coat that may have needed grooming although since they lived in the cold climate of Northern Canada, they naturally grew these coats as protection. They probably only needed a bath when necessary.

There are multiple theories both on where these dogs came from and how they were bred. No one knows for sure which theory is the truth and we may never know.

There is controversy whether the Hare Indian Dog was a domesticated dog or a wild descendent from the Coyote. Some say because they took so well to human company that they were domesticated and other say that they were wild dogs because they lived in packs and their howl resembled that of a wild coyote. Which brings us to another theory that the Hare Indian Dog is related to the Coyote. Since they fought other Coyotes, some say that they were not related because of the fact that Coyotes were not aggressive toward other Coyotes.

Another theory is that this dog was related to the Viking Dogs and were brought to Northern Canada over 2,000 years ago. They looked similar to the Icelandic dogs that are around today. This theory states that the Hare Indian Dog was created by the breeding of older hare dogs from the area and Inuit dogs. After these dogs were bred it was said that they mixed with the Tahltan which was a common dog at the time. The Hare Indian Dog also had similarities to the Icelandic dogs in behavior as well. They were friendly toward all humans and loved being pet and cuddled.

As well as being sled dogs, they were used as hunting dogs and could climb trees, silent hunting game and pulling birds from trees.

The questions surrounding the breed will never fully be answered because of the fact that this dog is now extinct and we only have a few documents regarding this breed. 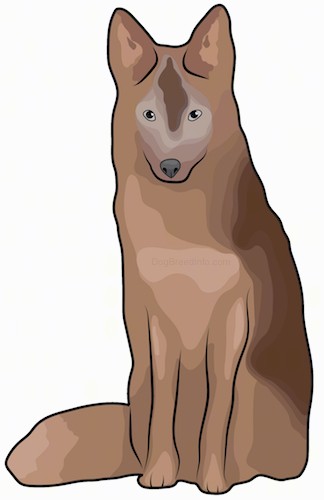