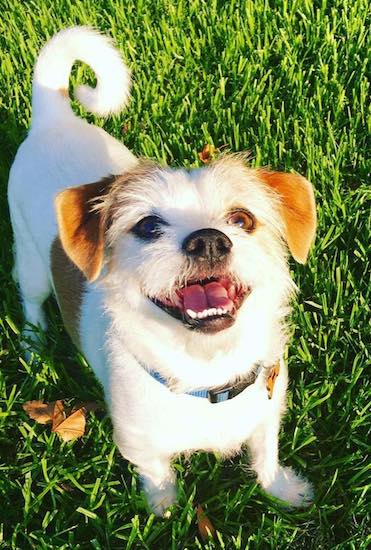 "Charley is, without a doubt, the best thing that ever happened to me. She is so loyal and trusting. I love that she's so active and I can take her on runs, but she's also so cuddly and she likes to sleep by me. She bonds quickly with people she's around a lot, and she makes everyone she knows feel special. But she's very suspicious of new people and especially new kids, though she's BFF's with a 2-year-old. She just needs to get to know them first. She's very healthy. I feed her Two 1/2 cups of dry food a day, and if I get too lenient with eating the human food she does gain weight, so we're very careful now to avoid future health problems." 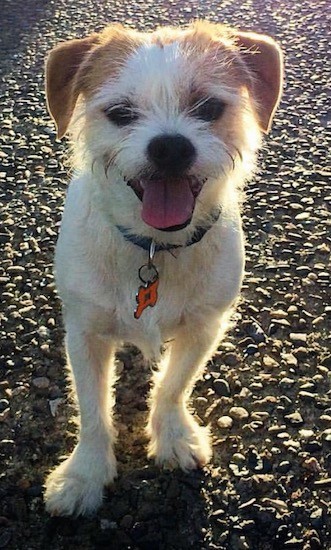 "Charley barks/growls at new people, which has been hard to curb and can sometimes sound intimidating to newbies, but she's harmless and has never bit anyone, even her BFF who sometimes can be a little rough with her. She chirps sometimes when she wants something... kinda like a monkey. She can jump REALLY high. I would suggest caution with playing ball too much with Jack Tzu puppies. We're working very hard to get her off a minor ball obsession. She also demonstrates very minor signs of separation anxiety. I know some terrier mixes will run away, but I suppose I'm just lucky. Charley would never leave my side when out of the house and off the leash. Strangely, she LOVES wearing outfits (for a couple hours, that is). She stretches her neck out to receive a new sweater and looks very proud of her new fashions." 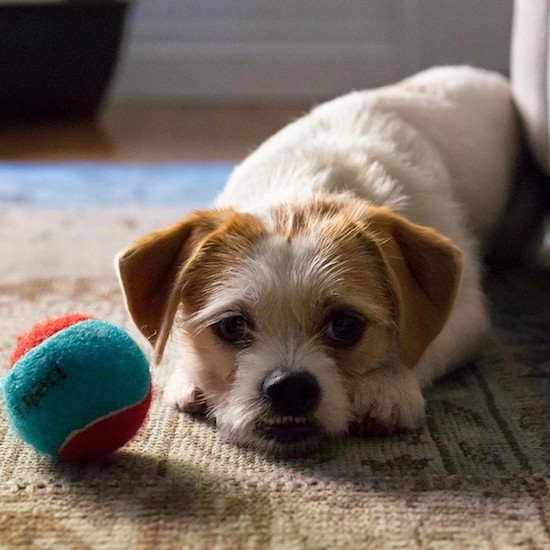 "Charley is incredibly intelligent. She recognizes songs, does tricks... she LOVES routine. We race to the back door at the end of a walk, and she waits as I say On your marks, get set, GO! And she's so fast, beats me almost every time, but I swear sometimes she lets me win, cuz she's just sweet like that. :) The best thing about Charley is that she is so full of love. If I've been away for a bit when I see her again, she will literally hyperventilate out of excitement. She gets excited when I wake up cuz she's happy to see me. It is just so sweet. She has really enriched my life. She is a very happy dog, and I would recommend this mix to anyone who can get the pup TONS of exercise, and has lots of love to give, with enough time as well. She can handle it but doesn't love being alone for more than 4 or 5 hours a day." 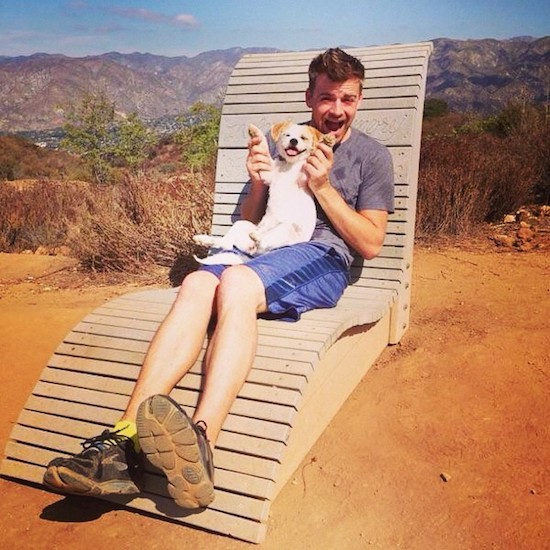 Charley the Jack Tzu happy to be with her human 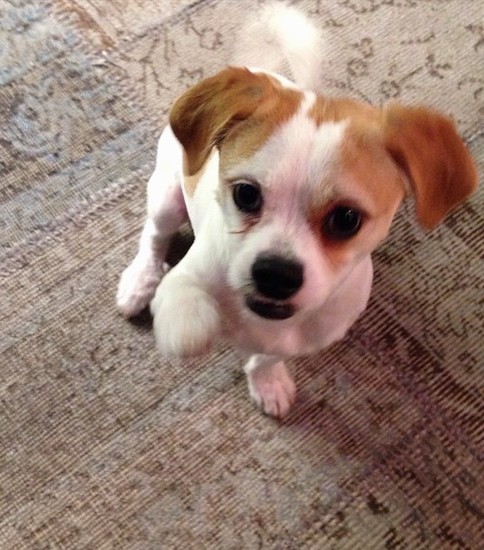 Charley the Jack Tzu as a puppy 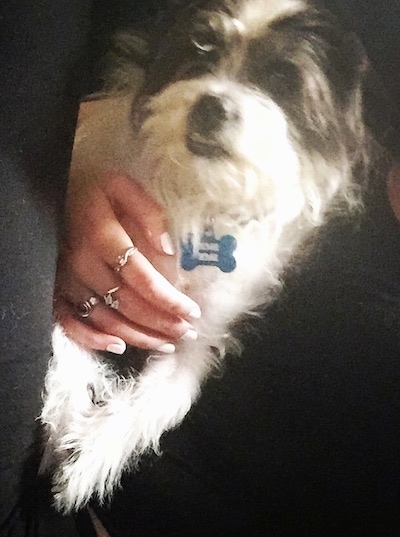 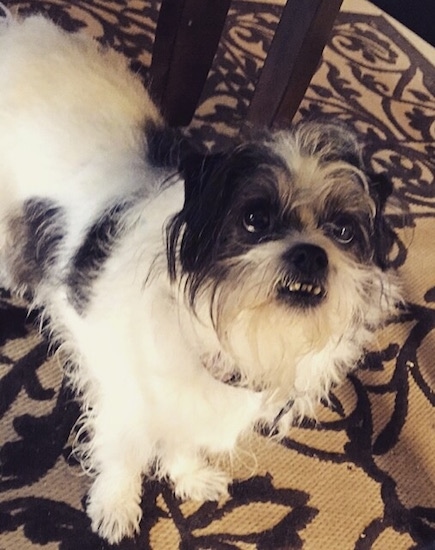 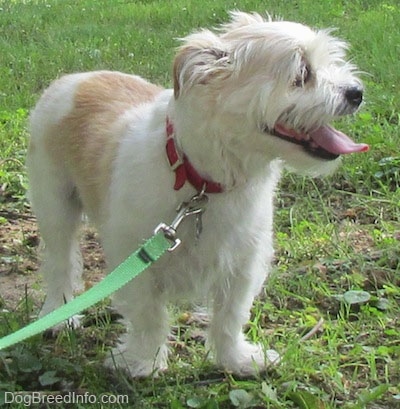 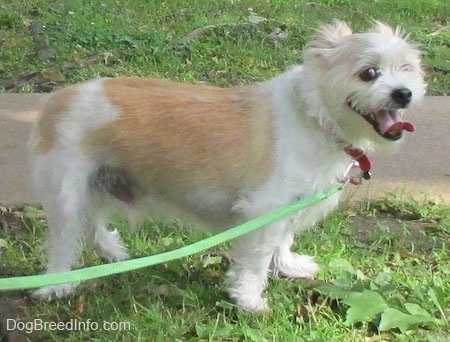 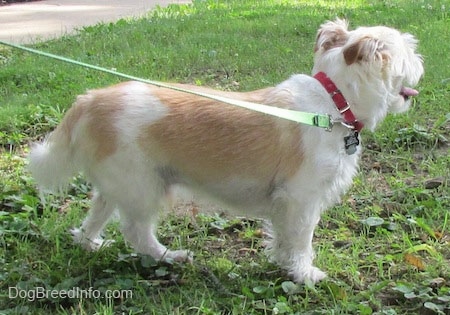 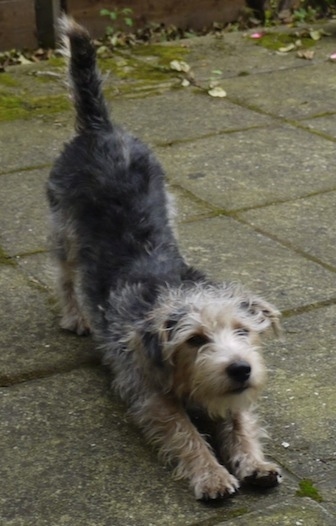