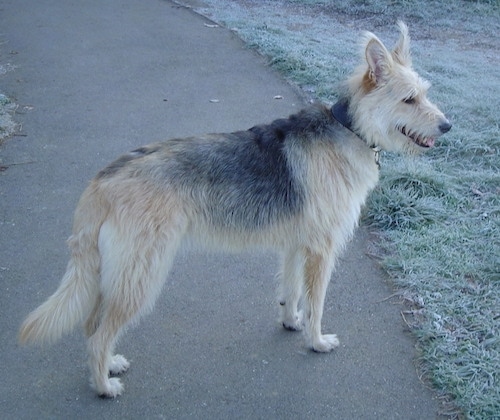 Poppy the German Shepherd / Deerhound mix at 3 years old—"Poppy was a beautiful, adventurous girl who unfortunately had lung disease and only lived to 4 years old, but in her short life she caught quite a few deer, many squirrels, herded longhorn cattle and swam wherever she could! She was a proper huntress, and a sweet natured girl too. Miss her still."

The Lurcher has a short coat and a smooth undercoat that thickens in the winter. The legs are long and straight. The chest is deep, providing lung capacity for endurance. The small, wire-haired ears are high set. The small, dark eyes are round and alert. Colors vary widely since the Lurcher is derived from sighthound crosses. There is also a longhaired variety.

A Lurcher is a fun-loving, affectionate, lovable dog that thrives on the leadership of his master. These dogs were bred to hunt rabbit and hare in Ireland and Great Britain by Irish gypsies and tinkers in the 1600s. They have inherited fast, agile movements from the sighthound crosses in them. Lurchers have the strong hunting instincts of the sighthounds. This combination also proved to be a good, obedient dog that learns commands fast. Good for outdoor type families, they are usually gentle with people, which makes an amenable companion.

The Lurcher is usually not recommended for city life, as it is a very high-energy dog.

The Lurcher needs to go for a walk at least once a day (especially in small living quarters). It will enjoy running free in a safe, enclosed area. Having sighthound in it, it is extremely fast and is a natural racer. It will chase and kill small game. Be sure to provide a safe area for this dog to run so it does not get hit by a car should it decide to take off after an animal.

Because the Lurcher is actually a mix of Sighthound type breeds the litter size varies greatly from litter to litter.

Both the longhaired and shorthaired variety of the Lurcher should be combed and brushed regularly. Some Lurchers are constant shedders, while others are average shedders.

Lurchers were developed by the Romanichals and Mouchers in England (the Norfolk Lurcher being the typical moucher dog) and other British countries during a period when hunting game was reserved for the landed classes. The penalties for poaching were extremely severe, and greyhounds (as well as being very difficult to train) were also the dog of the aristocracy, so obviously a different dog was required. They were used for poaching rabbits, hares and other small creatures. It is never bred to a specific standard and is not considered a breed, as the Lurcher is a crossbreed: usually three quarters sighthound but can have any amount of sighthound. The most common combinations are the Greyhound / Collie and the Greyhound / Terrier. The name Lurcher is a derived name from the Romany word lur, which means thief. The gypsies considered the shorthaired Lurcher the most prized. The Lurcher is still common in its native land. The Collie crosses were often not large enough to do the work the Lurcher was intended for. Gypsies traditionally sneered at any Lurcher that was not predominantly Greyhound, since these "lesser" Lurchers were not as good at hunting and could not stand a full day's work of the hunt. Starting a dog working too young can ruin the dog in one season; it takes about 1 -2 years to get a dog ready to work. Today some breeding is carried out in a more systematic manner, with Lurchers bred to Lurchers to perpetuate the "breed's" prowess at rabbit and hare coursing. Hare coursing is now illegal in Wales, England and Scotland. It is still legal in Northern Ireland but the two coursing clubs in NI now meet in the Republic, since the all other UK countries outlawed it and the Republic has not. 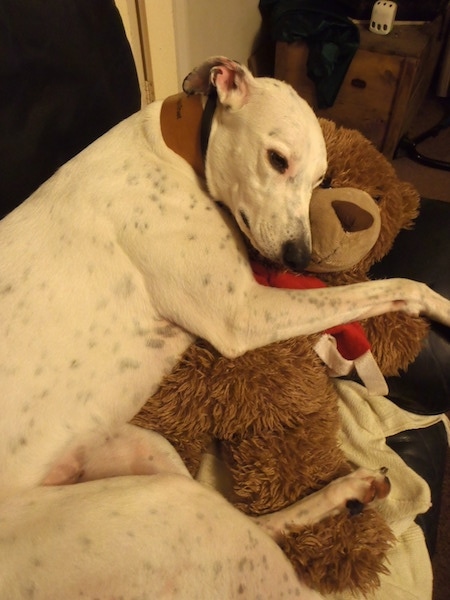 Tess the Lurcher at 3 years old—"Tess is a rescue dog who has separation issues from her previous owner. She is a delightful dog and has settled well into our home." 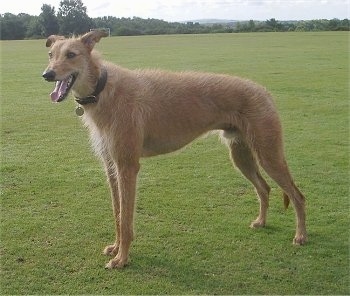 Harry the Lurcher at 4 years old—he is a Greyhound / Saluki / Bearded Collie. 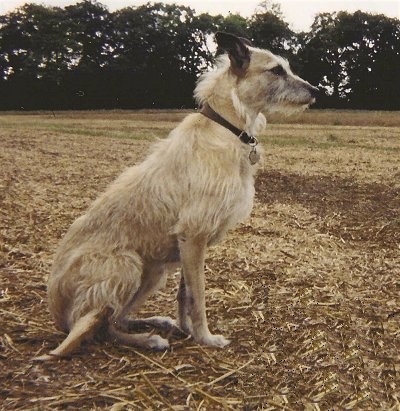 "Penny, a Whippet x Border Collie mix (Lurcher) at 9 years of age. She hunted actively for ten years. She looked just like a miniature Deerhound."

Penny has been said to look like a 50/50 Beardie x Greyhound, by other Lurcher fanciers, which is a type pioneered by David Hancock. In general any 1/2 cross (also called a first cross, since it is the first cross from two purebreds) bred Lurcher will be shorter and less leggy than a 3/4 Greyhound (i.e. a second cross from a purebred Greyhound and a first cross Lurcher). 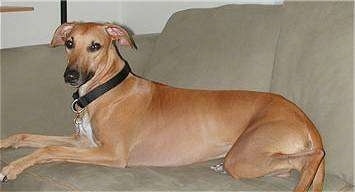 Digit is half Whippet and half Rhodesian Ridgeback. 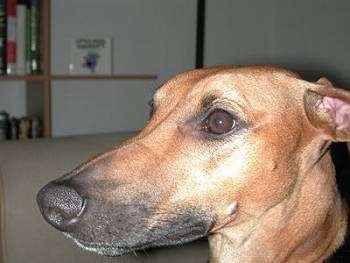 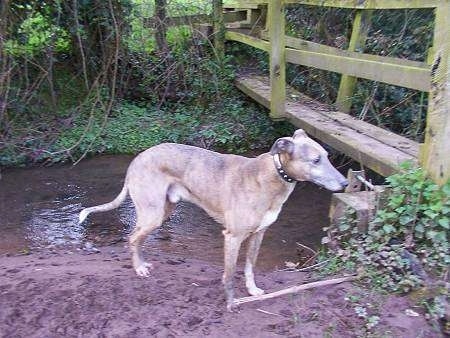 Flash the Lurcher down by the water 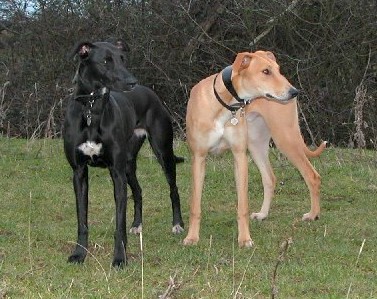 See more examples of the Lurcher