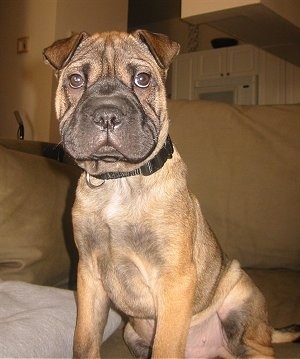 The Ori Pei is not a purebred dog. It is a cross between the Pug and the Shar-Pei. The best way to determine the temperament of a mixed breed is to look up all breeds in the cross and know you can get any combination of any of the characteristics found in either breed. Not all of these designer hybrid dogs being bred are 50% purebred to 50% purebred. It is very common for breeders to breed multi-generation crosses. 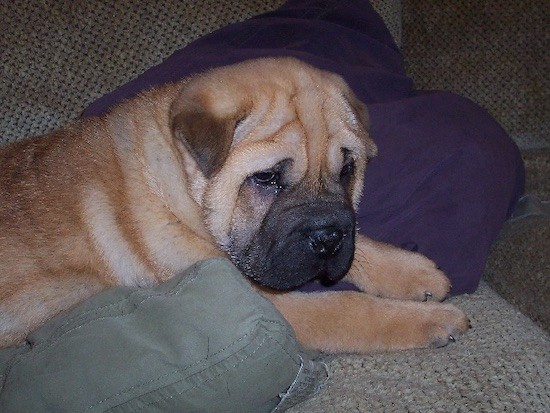 "This is Wrigly, an Ori Pei puppy. In this picture he is 9 weeks old. He is very friendly and playful." 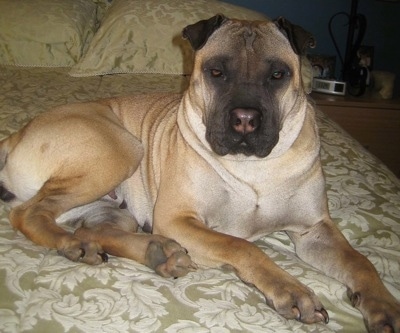 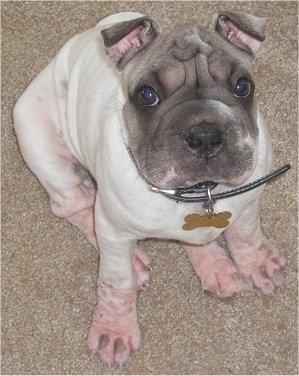 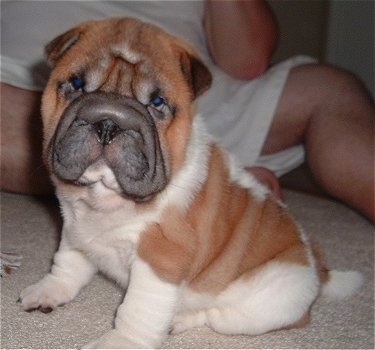 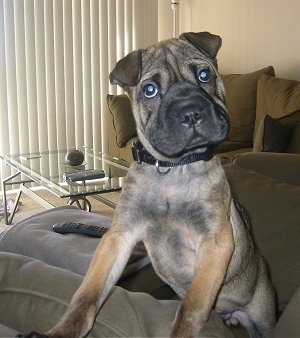 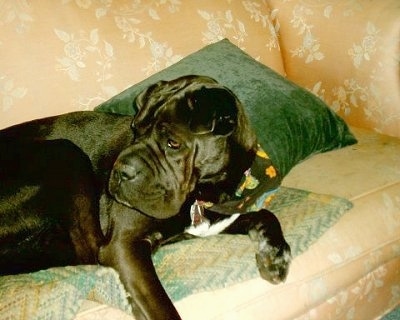 Beatrice the Ori Pei—her owner says, "She just turned four years old, and she is wonderful with my family. She has a very great temperament and wonderful with the children. We housebroke her in one and a half weeks and she was very easy to train. The Ori-Pei is a lovely breed, and I immensely enjoy having her as a part of my family. ^_^" 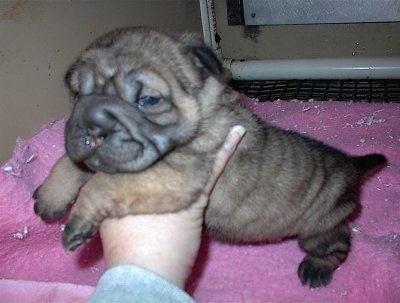 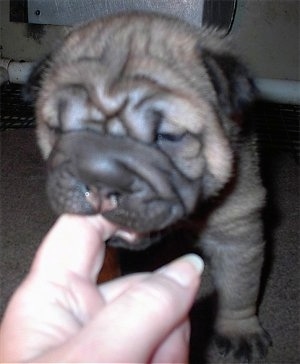 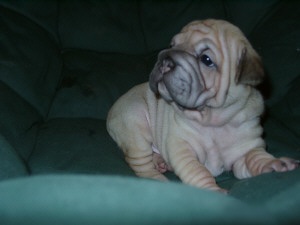 Barkley as a pup. 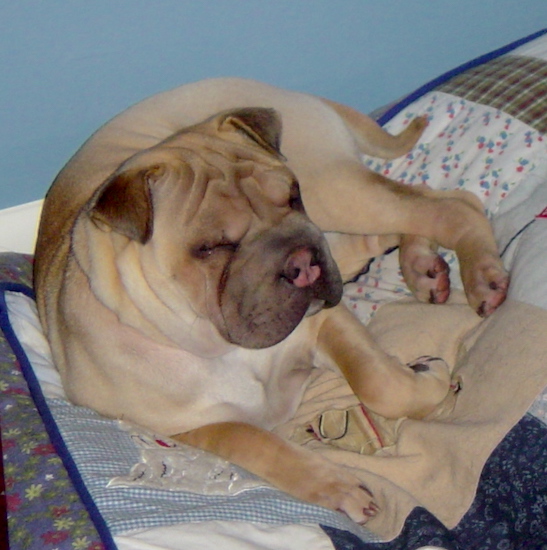 Barkley all grown up.