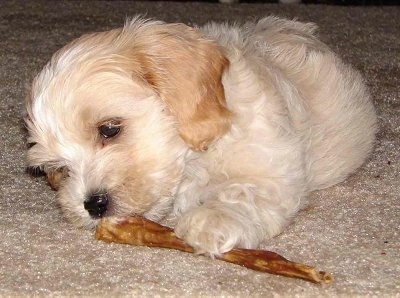 "Joey is a Shih-Tzu / Malti-poo cross. My mother-in-law likes to call him a Shmoodle. :) I have included five pictures of Joey at different stages. His pictures at 8 months and at 1 year are very much what he looks like now, depending on if he has just been clipped or if his hair has grown a bit. The picture of Joey at 8 months shows him doing what he does best: watching for the neighbors’ Malti-poo Molly, his best friend. Joey is very intelligent, loving, sensitive and great fun to play with. He is everything we were looking for in a dog. He has been very easy to train. It took us one day (about an hour off and on) to teach him to beg, and another day and a half (two hours off and on) to teach him to shake a paw. He doesn't bark a lot although we have to stay on top of it. He sheds hair less than a human :) (like a Maltese). He is housebroken. He seems to be a combination of all the good traits that come in the three breeds of his mix! Everyone who touches him says HE IS SOOO SOFT!" 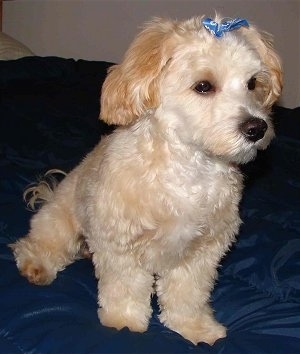 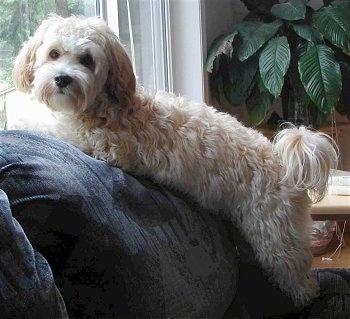 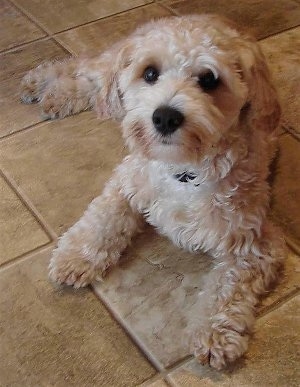 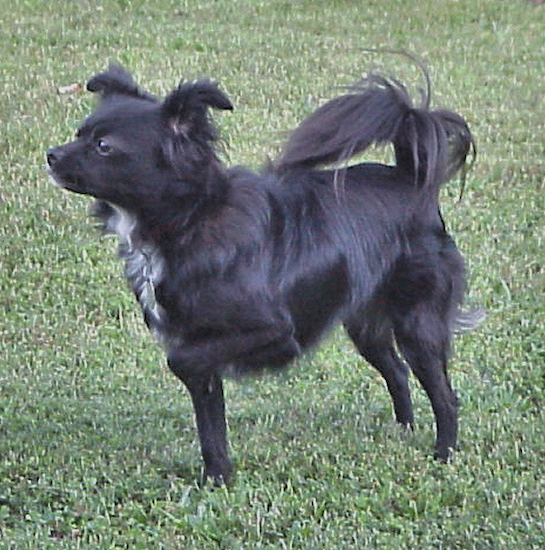 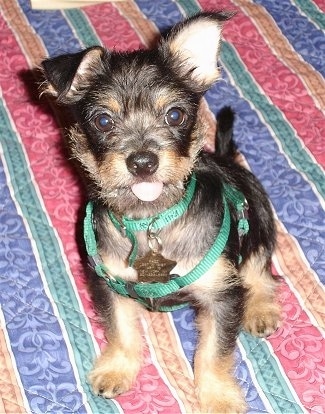 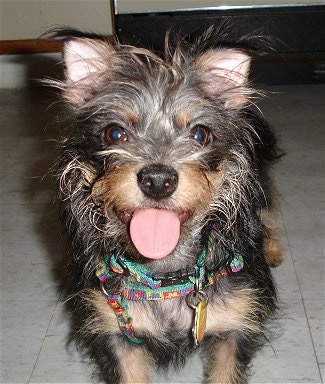 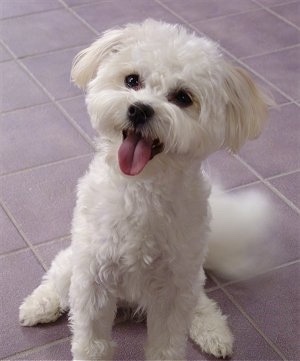 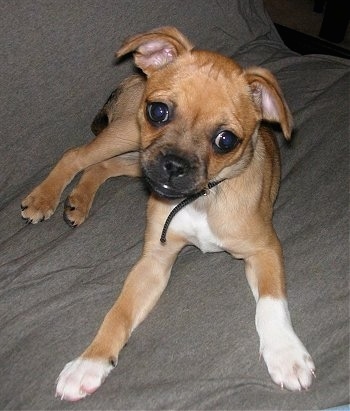 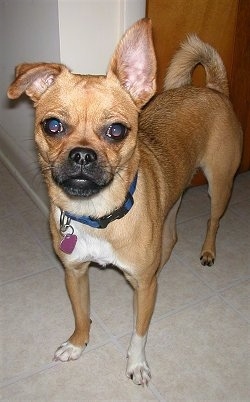 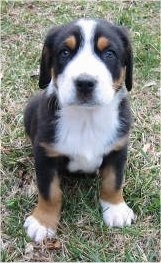 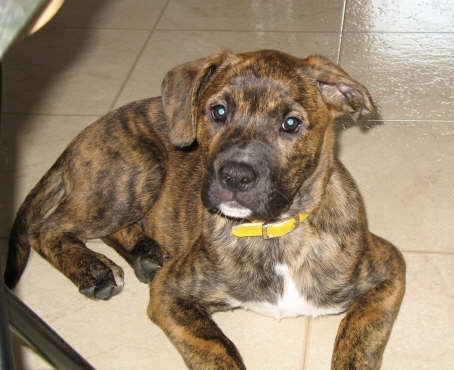